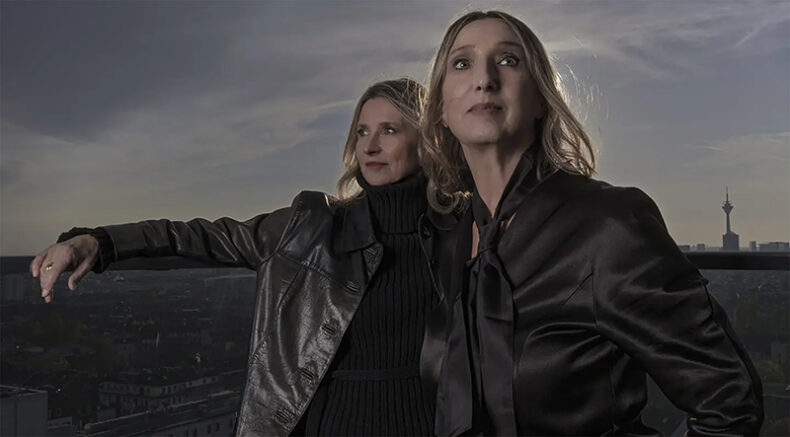 THE HEART IS STRANGE

A CONVERSATION WITH CLAUDIA BRÜCKEN & SUSANNE FREYTAG OF XPROPAGANDA

“Susanne may be 10 minutes,” reports Claudia Brücken. “Berlin Underground, you know. And we are only human,” she laughs. She has just incorporated the name of the most recent single by xPropaganda while apologizing for her bandmate. It is a good joke and immediately puts me at ease as I talk with two legends.

Ralf Dörper formed Propaganda in 1983 with Susanne Freytag and Andreas Thein. After some initial early recordings, they invited Michael Mertens and singer Claudia Brücken to join the band. Before long Thein would depart from the band due to musical differences, and the four-piece went on to record A Secret Wish in 1985. The album was a huge success in the U.K. and Europe and is now regarded as a classic. It contained such hits as “P Machinery”, “Dr. Mabus” and “Duel”. However, in 1986, due to management and label issues, Brücken left Propaganda to pursue a solo career. Although reunions were attempted from 1988 until 2018, the true reunion occurred when Brücken and Freytag appeared at some retro festivals across Europe. They performed some shows when they performed the album A Secret Wish, and they used the name xPropaganda for the first time. Since then, they have recorded a new album, The Heart Is Strange. But coming together brought with it some concern for both Brücken and Freytag.

“It was a bit like, how is it going to be perceived, with A Secret Wish being something that grew over the years to be such a special thing,” remarked Brücken about the new album. “We just thought ignore that and it would be great to have fans support it. There is this connection that Susanne and I have with Stephen [producer Stephen Lipson], it is kind of a magical thing, it really was like no time had passed, although a lot of time had passed. It was just the most normal thing to do, to make music with Stephen,” laughs Brücken.

Although there had been attempts at reunions, xPropaganda is the real follow up to Propaganda and at the same time, an entirely new band. “Stephen, amazingly, lives up the road from where I live,” recounts Brücken. “Basically, I can walk there in 10 minutes. Stephen and I and Susanne over the years, never really lost touch because Stephen always signaled to us, ‘look if you want to do something, I am happy to help out’, so we, together, performed a gig in 2018 and Stephen participated, and we just realized that the set was a bit short and we just thought we really go do with some new material. That really got the ball rolling. In rehearsals we realized, ‘wouldn’t it be great to add new tunes to lengthen the set’. So there was no big thinking about it, it was a natural progression. We were all just bursting to do music again.”

The duo worked with Lipson who happened to have some material that he wanted to not only share, but also to contribute to the new project. “He provided us with 15 items, or ideas or so, and they were like little snippets of something. But some songs, like “Ribbons Of Steel” were already formed ideas, but there were no lyrics and no melody line over it. So, he just presented us some ideas and he said, ‘look, just use these as a starting point,’ and that’s how it all started,” recalls Brücken. 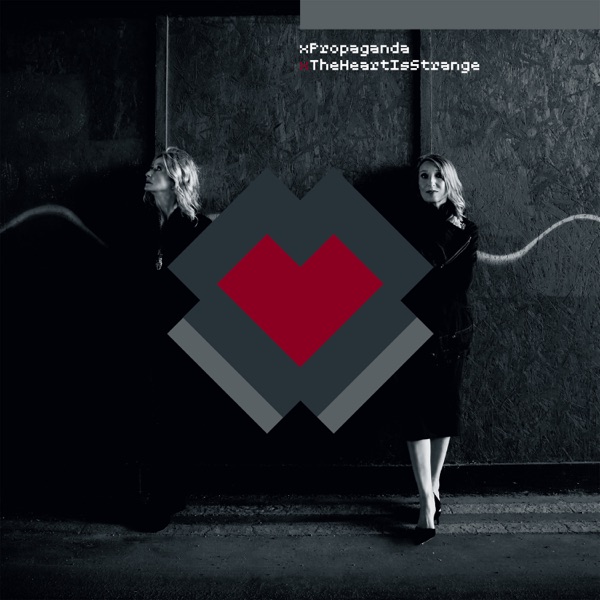 THE HEART IS STRANGE ALBUM REVIEW

To add to the comfort and the enjoyment of reuniting, they had the comfort of recording with Lipson in his actual home studio. “We recorded at Stephen’s home studio, he does have a proper studio as well for the saxophone parts and trumpet parts, but all the other writing and vocals happened in his home studio, “says Brücken. “It was just such an easy…just so easy. There was no pressure, I think it is because we all matured. We didn’t have a record company breathing down our necks, we just wanted to make music together in a very natural sense.”

“We know a lot of creative people, and we got them all on board and they were very happy to assist and help in any way. It was just a lovely…a project that was very creative and positive vibes from everyone,” agrees Freytag. “With the record company it was the same thing. We just experienced a really wonderful team, and we were extremely lucky. Creative people really wanted to work with us, it was amazing.”

Fans may have some high expectations about the album, and the trio not only met those expectations but surpassed them. For example, the album opens with “The Night”, a six-min epic which has a two-min intro before vocals kick in. “I just loved that about Stephen’s visions. Coming back with that sound, after all that time, we just thought it would be nice a long opener. We take great care of sequencing the album. You don’t want to listen to it out of context, you want to listen to it from beginning to end,” says Brücken.

With the new album out, both Brücken and Freytag agree that they want fans to enjoy it and take something away from listening to the album. For me, I always like music to lift people, to bring them into another world for 45 minutes, like a film in your head. Something you enjoy, but also gets you thinking. For me that is the main thing about music,” says Brücken.

“When people can listen to it, and hear the roots, but know it is a new project. We did not try to make a second album by Propaganda. It is an independent project; I hope they can hear that. I hope they can connect with the lyrics and sentiments of songs. They can listen to the songs and say ‘ah yes, I know what they are singing or talking about. Or I have been there.’ I think it is a nice connection, to have something in common together,” agrees Freytag.

Born and raised in Whitby, Aaron discovered music through his love of The Beatles. This led to a career in radio, writing for various publications, and ultimately a radio show about The Beatles (Beatles Universe), which ran for over four years. When not immersed in music, Aaron enjoys spending time with the loves of his life -- his wife Andrea, and daughters Emily and Linda (all of whom have an intense love of music too).
RELATED ARTICLES
claudia brückendon't (you mess with me)features
8.0