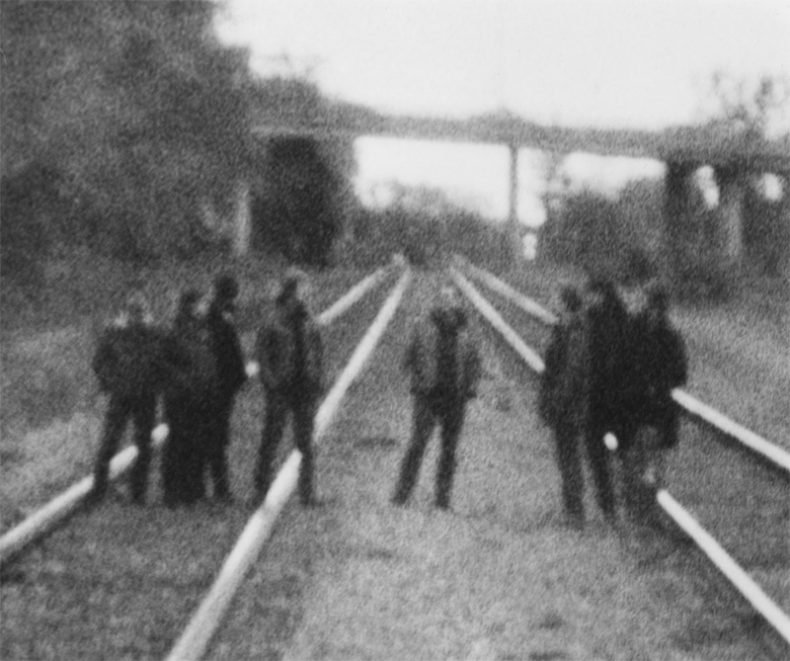 It is late Friday night at the Vogue Theatre. The lights dim and a hush falls over the crowd. All is dark. One by one, eight people walk on stage, pick up their instruments without a word, and begin to play, building a wall of droning sound. Suddenly the word “Hope” appears, projected onto a screen behind the band, flickering in the dark.

Godspeed You! Black Emperor, also colloquially known as GY!BE or Godspeed, has never been a hopeful band, per se. At times, their music has been consumed with fury or devastating in its despair and condemnation of society’s unjust machinations. Yet, there is something undeniably hopeful in their persistence, having raged against the machine for nearly 30 years.

An iconic Canadian band, Godspeed’s intense musicality and anarchist politics placed them as the vanguards of the post-rock scene in the mid-1990s. In 2022, they have taken their place as the godfathers of post-rock.

Ideologically, Godspeed’s longevity feels almost a contradiction. How do you balance a sustainable career as commercially viable musicians with a distinctly anarchist ideology of deconstruction and anti-capitalism? The answer may lie in the power of their music and the undeniable catharsis in letting an amp ring out extremely loud. 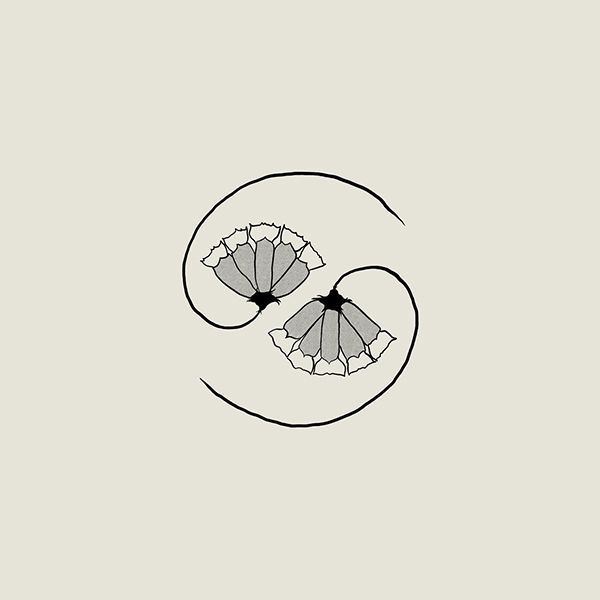 The concert started with Humming Amps, consisting of one man, hood up and head down, enveloping the venue in sound with only an electric guitar. The line between post-rock and ambient music is easily blurred. The most famous example is the soundscapes by Robert Fripp, guitarist of progressive-rock band King Crimson and frequent collaborator with Brian Eno. Humming Amps follows in the same tradition, playing his first, and only, song for 40 minutes straight, riffing in the same major key. At times, it is transcendent. At other times, it lacks movement and purpose, droning merely for the sake of droning. There is little arc or narrative to the sonic journey, resulting in music that is meditative but unrefined.

For Godspeed, however, their music is rich in purpose, meticulous in its construction and emphatic in its execution. From the triumphant build of “Storm” to the climactic break of “Bosses Hang, Pt. III,” they are masters of tension and release. The guitars are symphonic and the drums are powerful, each kick booming through the walls.

A Godspeed concert is more similar to a symphony than the average live show. Two hours of non-stop music, with no talking. Musicians sitting on chairs, jamming in the dark in front of a projection of abstract film reels.

The film projections add a unique visual component and pair well with Godspeed’s music, whose songs often feel inherently cinematic. It starts with the flickering word ‘Hope’ during their signature opener “Hope Drone” before moving to footage of riots, police brutality, and empty, half-constructed skyscrapers. We see flashes of the stock market, media company logos, wildfires, oil drills, and graveyards.

Eventually, the film reel begins to physically burn and we see each frame bubbling and turning to ash before our eyes. It is destruction as an art form, calling back to Basinki’s Disintegration Loops. As always, Godspeed is presenting the soundtrack to the apocalypse.

The show finishes with as little fanfare as it began. One by one, each member walks off, leaving the instruments on stage, still droning on loop. Distortion pours out of the amps, but the stage is empty now. All that is left is sound.

Kieran Davey is a freelance writer and music enthusiast from Vancouver, Canada. He particularly enjoys alternative rock, groovy hip-hop, and basically any music from the 60's. Aside from reviewing music, he also loves playing guitar and spending time in nature.
RELATED ARTICLES
live reviewthe vogue theatrevancouver