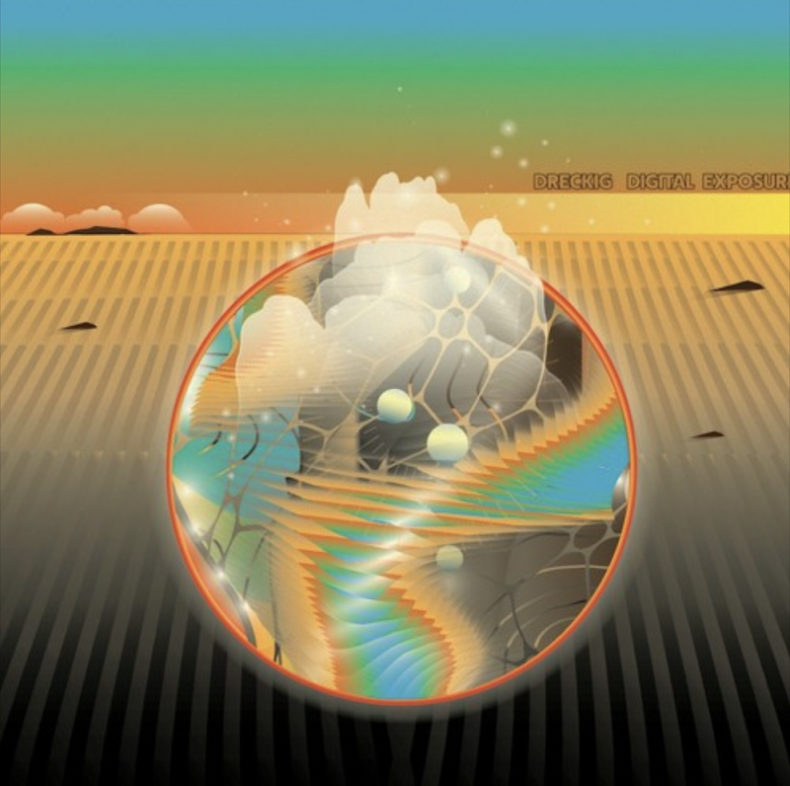 Growing up in México and Germany, Papi Fimbres and Shana Lindbeck’s destiny led them to meet in Portland, OR. Wanting to honor their heritages in a new and collaborative way, they set out to form Dreckig, which means dirty in German.

Both deeply influenced by Cumbia’s melodious rhythms and German electronic compositions, they have created their own unique sound within that realm. Using all vintage drum machines and synthesizers, these elements are combined & envisioned in the studio, then brought to the stage in a mystical, dance club frenzy.

For Dreckig’s third album, Papi and Shana once again collaborated with Pinewave Studio’s Johann Wagner. Utilizing the studio’s impressive array of vintage drum machines, synthesizers and modulars, their favorites being the Roland 808, DMX & Moog Voyager, they created Digital Exposure. Continuing with the tradition of singing in Spanish, German and English, the album touches on topics of social constructs — such as “Own Your Shadow” and its call to look deep into one’s existence, on environmental impacts — such as “La Ballena,”a love song for our deep blue ocean, on embracing everyday life — such as “La Mita,” telling the story of an adventurous trip to México’s stunning coast. The flute, Dreckig’s third and sometimes only vocalist, adds a focused perspective to their unique sound and rounds out the album in its truest form. This is Dreckig’s first time collaborating with San Francisco’s Broken Clover Records to release the album on vinyl and all music platforms.

Digital Exposure will be available on LP, CD and download on August 12th, 2022 via Broken Clover Records.