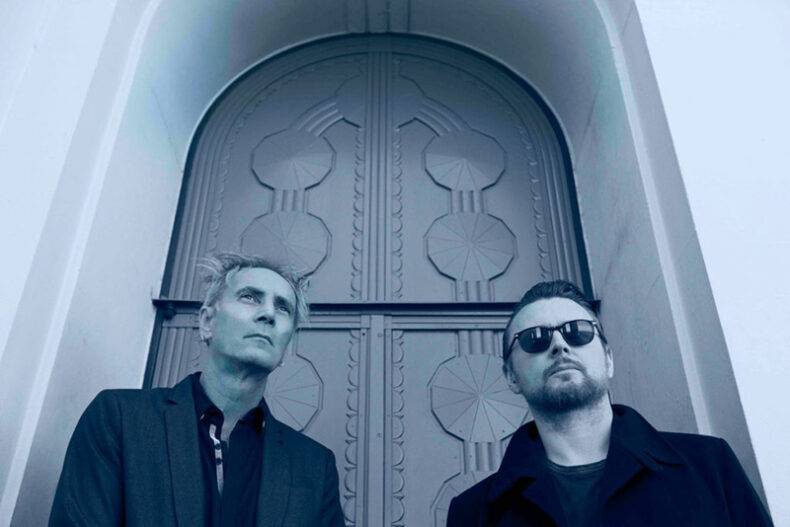 A CONVERSATION WITH BILL LEEB OF DELERIUM

“It was just a side project,” Leeb recalled during our recent conversation. “Years later, Delerium just sort of belonged and we had some pretty major success with it. Delerium started with such a humble eight track porta studio in my bedroom. But Delerium was like Red Bull, it got wings. It has become an amazing thing for us in so many ways.”

And now, after being out of print for many years Metropolis records will be reissuing Delerium’s first seven studio albums: Faces, Forms and Illusions (1988), Morpheus (1989), Syrophenikan (1990), Spiritual Archives (1991), Stone Tower (1991), Spheres I (1994) and Spheres II (1994). Classic albums that fans have been searching for for years. But Leeb is clear that Delerium’s career is almost like two bands. Two of these releases, Spheres I and Spheres II make their debut on vinyl.

“When the first Delerium albums were made there wasn’t a computer with programmes.  It was either sequences or analog synths. Technology was so different compared to now. The young people now think it has always been like that. It is kind of cool to have two sets of fans. There are a lot of divided fans, I think a lot of the new fans, from the last ten years have no idea those first seven albums, which were pretty dark and moody, industrial things, they didn’t even know it existed. We have two different sets of fans. They weren’t even born when that stuff was coming out. But maybe there is a small percentage of young people now who would like and prefer moodier and darker music so maybe they will check this music out. Maybe they will say ‘I like this older stuff better’, which would be really cool.” 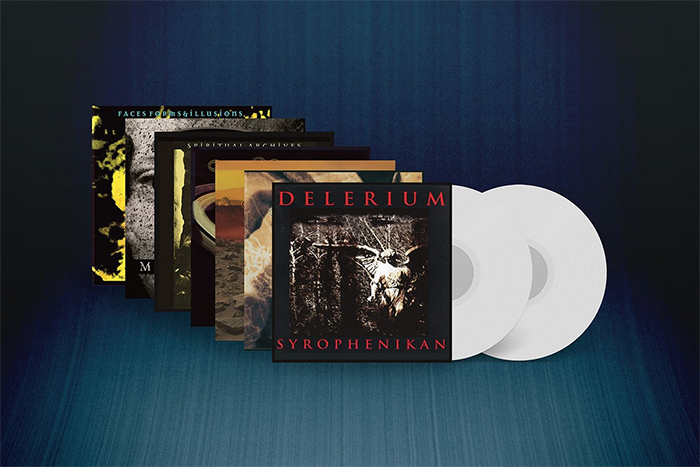 7 DELERIUM REISSUES WILL BE AVAILABLE VIA METROPOLIS RECORDS MAY 6

In some ways Leeb and Fulber have been working so much on new music, they have neglected their first seven albums. Yet Metropolis approached the band about not only re-releasing the albums but also make them available in different formats. But Leeb wanted to do something special with the albums. Leeb recalls having a conversation with Metropolis. “Sure if you want to indulge me, and have them archived once and for all for anyone, like a collector or anything. And what if I put a few extra things on each one as well?  It makes it a little more special. Off they went, and now not only are they available on vinyl, you can hear them on Spotify for the first time. You can also download and buy them.”

When it came time to put the reissues together, Leeb noticed that a lot was missing from their own archives. “I was happy with Dave from Metropolis who showed an interest in doing it. Some of the artwork had to be rebuilt as the originals were gone. I had to get the masters, and Greg had to remaster. It took months to get it all together.  Being around for quite a while now. I got Carylann Loeppky involved again, and it felt like the old days, way back in the day, we used to do stuff when computers were not even on the market. It was quite a journey to revisit it all.”

Leeb recalls how Delerium found its unique sound. “I always heard World Music and movies with prayer towers and I thought, if you can incorporate that into our style it would be so cool. I guess the biggest thing in music that was revolutionary was the sampler where you could actually take a piece of music and incorporate it, tweak it, do whatever you want and that opened the whole world, they are still doing that now. Obviously, you got to pay for it but that whole world changed electronic music forever.”

Although Delerium began life as a side project, the duo would go on to have numerous hit singles (“Silence”, “Innocente, Falling in Love”, “Underwater” to name just three) and are preparing their 16th studio album. “The project is alive and well to this day, and we have a lot of fans. It was never planned, the best parties you go to are the ones you don’t have any expectations for, and it turns out to be great. The ones you wait for months aren’t very good. It became beyond our wildest expectations.”

Born and raised in Whitby, Aaron discovered music through his love of The Beatles. This led to a career in radio, writing for various publications, and ultimately a radio show about The Beatles (Beatles Universe), which ran for over four years. When not immersed in music, Aaron enjoys spending time with the loves of his life -- his wife Andrea, and daughters Emily and Linda (all of whom have an intense love of music too).
RELATED ARTICLES
bill leebdeleriumfeatures
8.0