Features
418
previous article
SPILL FEATURE: UNLOVED - THREE ALBUMS THAT DIDN’T GET THE CRITICAL LOVE THEY DESERVED IN 2016
next article
SPILL TRACK OF THE DAY: ASTRAL CLOUD ASHES - "GRATEFUL FOR THE GHOST IN OUR HOUSE" 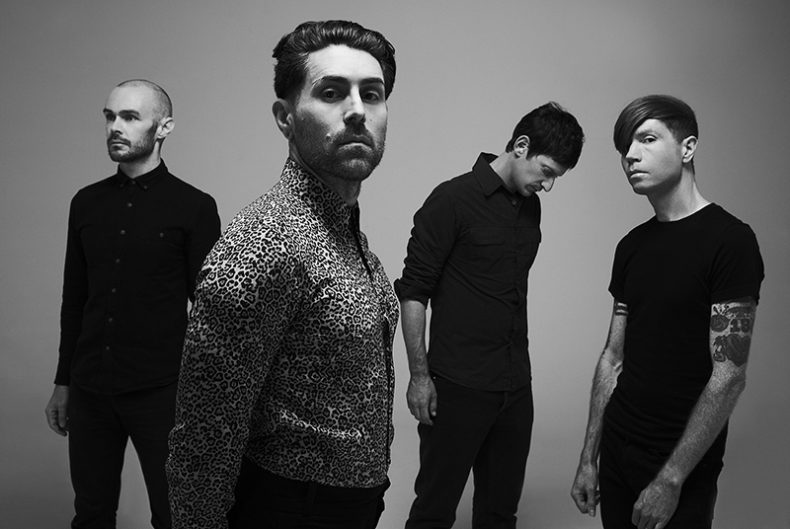 STILL CHASING THE FIRE INSIDE

AN INTERVIEW WITH HUNTER BURGAN OF AFI

Burials came out in 2013 and quickly became the #3 album in the US. During the following year, AFI toured extensively, and then laid low for most of 2015 for some much needed rest and relaxation. When they returned to write their tenth studio album, things felt easy. They had felt easy for a while, but maybe now it was easier than ever. These are four guys that have made so many songs together, that the process has now become fluid.

As common purveyors of secrecy and surprises, AFI did not keep their fans up to date with whatever work was happening during 2014 and most of 2015. Burials was announced by replacing the band’s website with a mysterious video of Davey Havok walking down a long hallway, followed by a picture of the band together, accompanied by text that simply read, “A Fire Inside” and “September 2013”. In mid 2016, The Aggressive Tendencies YouTube channel interviewed guitarist Jade Puget, during which he confirmed that AFI had started working on new material. He, understandably, didn’t let on too many hints as to when it would be ready so to not disappoint anyone who was closely following the deadlines. In October of 2016, the band took another noteworthy approach at giving clues, and blacked out their profile pictures on social media. Shortly after, they began teasing videos on their Facebook and Twitter accounts and later that week, they released a teaser of the first song fans had heard in three years via a Facebook live video. Finally, on October 27, 2016, two new songs, “Snow Cats” and “White Offerings”, were released on Spotify.

Amongst touring and holding a low profile, Hunter Burgan, the third and current bassist for the band, found a few moments to speak with me. The rare opportunity to talk to one of the biggest hardcore/alternative bands — scratch that, one of the biggest rock bands — of our generation does not happen all too often. Burgan was calm and collected. His demeanor was that of a humble musician who was both grateful for how much he had accomplished and anxiously excited for his band’s upcoming tour. “I cannot wait to play all these songs live,” Burgan said when I asked what, if any, was his favourite track from the new record. “There’s definitely no least favorite,” he replied, “all of these songs are so fresh and new that they’re all my favourites.” This is always wonderful to hear from a fellow musician. The most exciting thing for many artists is taking the stage and performing for their fans. The sincerity and enthusiasm in Hunter’s voice is sure to translate to excitement and authenticity on stage. 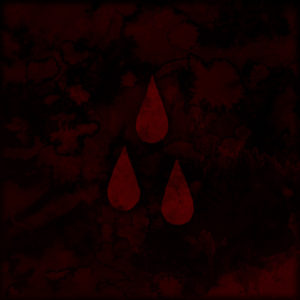 PURCHASE THE BLOOD ALBUM VIA iTUNES

Since this is their tenth album, I was curious to know how things have changed. At the top of the charts today are songs so polished and produced it can sometimes sound fake. Yet Burgan assures us that AFI did not set out to do anything in particular with this record. They didn’t try to appeal to only their oldest fans, nor did they try to rebrand and generate a new audience. When asked if he feels pressure from the current heavily produced pop scene, Hunter quickly and confidently responded, “No.” “There’s never really a push and pull towards over or under production for us,” he says. “There’s a clear amount of production that goes into our music. You can add bells and whistles all you want, but at a certain point those things will take away from the song,” Burgan tells me. It seems that the band has a very keen sense of what is right for their music and, “It never feels like we clash,” Burgan says. Undoubtedly, once you’ve made enough records, you truly become four guys that understand each other and what it takes to get in a room and write music together.

Furthermore, they aren’t going to tour on an old album like so many comeback artists do, and they aren’t going to tour only on the new stuff. “We like to maintain a good mix of old and new,” he told me. Obviously, with ten albums to choose from, they might not be able to play everything in one set. However, Burgan sounded confident that some of the fan favorites from albums like The Art of Drowning and Sing the Sorrow would be there. Burgan had a pretty hard time choosing the new songs he was most excited to play, but eventually admitted to, “Feed From the Floor” and “The Wind That Carries Me Away”. As he uttered the names of these tunes, I could hear a snicker, as if he was imagining himself bouncing around on stage.

AFI started off making music they never thought would be as popular as it has become. The band has claimed multiple times that they are excited and amazed at how successful they have been. They aren’t perfectionists and they aren’t trying to be anything they’re not. As Hunter simply put it, “We try and make music that reflects the moment we are in.” There’s no concrete theme or inspiration that he can pinpoint, he just knows that this is a band that does what they want, and that is how it has always been. That unwavering authenticity has gotten them where they are today. Their unique approach to being themselves and an enduring drive to strictly follow the fire inside is what makes them AFI (quite literally). It’s what makes them stand out and gives an intimate and personable feel to a group with a distant, mysterious image. Many outsiders surely see this band as angry and unfriendly, but Hunter, at least, is far from it.

At no point in our conversation did I get the notion that, despite getting older, AFI would be slowing down anytime soon. “The music industry has changed significantly,” Hunter said, “but it’s always so exciting.” AFI does not change in relation to the industry or the world around them but rather; they change on their own. Just as anyone changes as they age and mature, A Fire Inside is no exception. They just seem to move in a sort of parallel world, compared to the rest of the music industry — floating along side it, noticing, acknowledging, and accepting it, nodding and saying, ‘That’s cool, but we are gonna stay over here and do our thing.’

The record, currently referred to as The Blood Album, is due on January 20, 2017, through Concord Music Group. The album will include four limited edition vinyl color variants matching the four blood types (A | O | B | AB).

After majoring in business & entrepreneurship at UCSB and traveling the world, Andrew moved to Los Angeles to pursue music and not give up his love for surfing, hiking and yoga. He is also in a couple really cool, up and coming, indie-rock bands in LA - Mothlight & Lone Kodiak.
RELATED ARTICLES
aficoncord music groupfeatures
8.0

by Nicole Swanson on December 7, 2018
AFI The Missing Man Ex Noctem Nacimur AFI continues to deliver the goods with the Dec. 7 release of their EP The Missing Man. The well-established alt-rockers have managed to stay relevant [...]