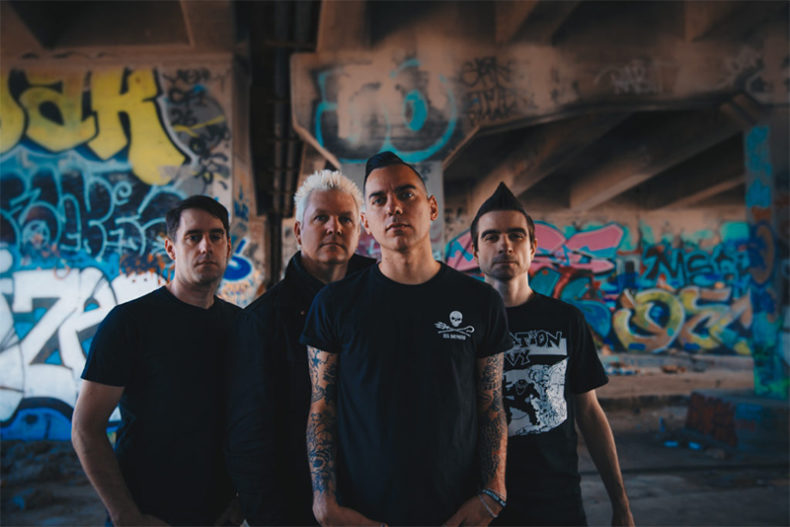 SPRING, FALL & NOW A RECKONING: A VOICE OF HOPE FOR AMERICANS

In the depths of a tumultuous political climate that sees everyone from politicians and celebrities to businesses and average individuals clambering for attention, it’s difficult for anyone to really be heard. Most of us have resorted either to turning up the volume at which we project our opinions or giving up on the notion of participating entirely. American Punk Rock veterans, ever-present on the forefront of radical political movements, have decided to do the exact opposite: turning down the distortion and trading power chords for melodic acoustic arrangements on their recently released American Reckoning.

Completing a trilogy of albums, including 2015’s American Spring and 2017’s American Fall, Anti-Flag’s most recent release serves to reflect on the overall message of the cycle. Drummer Pat Thetic gave me some insight into what exactly the band were looking to communicate with their work over the last several years:

“This is a three-record piece from American Spring to American Reckoning and it’s a journey, starting with American Spring, of the idea that things can change and that if people come together we can make things better, then moving into American Fall with the Trump Era where even though people came together it’s all gone to shit and then the songs on American Reckoning dissect and go into the nuances of it all, trying to understand what has happened. It’s a weird time obviously for everyone in 2018 but releasing music and trying to comment on politics is particularly strange.”

It’s this difficulty to express oneself in the contemporary climate that led to the recording of American Reckoning. 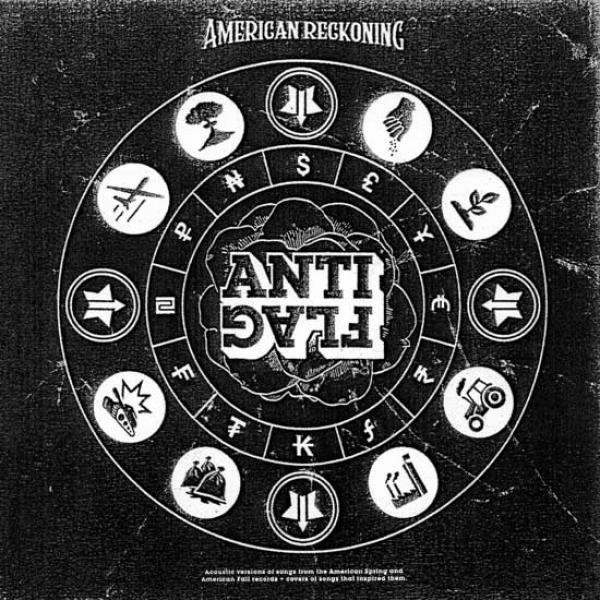 “The reason why we wanted to do acoustic songs is because we wanted to make sure that our ideas were very clearly expressed and weren’t being misconstrued. Again, we thought the acoustic medium was a good way of achieving this. Then there’s the three cover songs [at the end of the album], like the John Lennon song that was written when Nixon was getting impeached and now, we have a debate over whether Trump is going to be impeached and it kind of explores what we’re looking for from our political and social leaders. Lies and distrust are not what we’re looking for.”

Needless to say, the parallels with Nixon weren’t the only observations that Anti-Flag has been looking to emphasize when it comes their country’s current government. However, while he is certainly the focal point of a lot of the band’s criticism, the album trilogy addresses issues stretching beyond the spectre of Trump.

“As an example, Donald Trump is the president of the US right now and he’s a complete piece of shit, but he is just a symptom of a much bigger problem of racism and fear of others. Just the fact that he is president is a horrible thing, we need to stop him and we need to get rid of the guy cause he’s a piece of shit but we also have to look beyond that and see the reasons why that’s happening in the first place. We can’t ignore the fact that even if we got rid of Trump we’d still have these problems. […] Through our music we’re also trying to say that there’s other things going on than just the guy at the top, there’s things festering underneath that put him there and we need to talk about it. Songs like ‘Racist’ deal with the idea that just because you don’t think you’re a racist or perpetuating those ideas doesn’t mean you’re not opposed to different points of view around you that lead you towards racist tendencies.”

Yet while Anti-Flag have put so much energy into recording their songs in a way that more directly emphasizes these social critiques, fans of the band may have to wait a while before they can hear the newly released acoustic versions in a live setting. A lot of that is a consequence of the band’s desire to satisfy their audience’s expectations of what the Anti-Flag live experience should be. 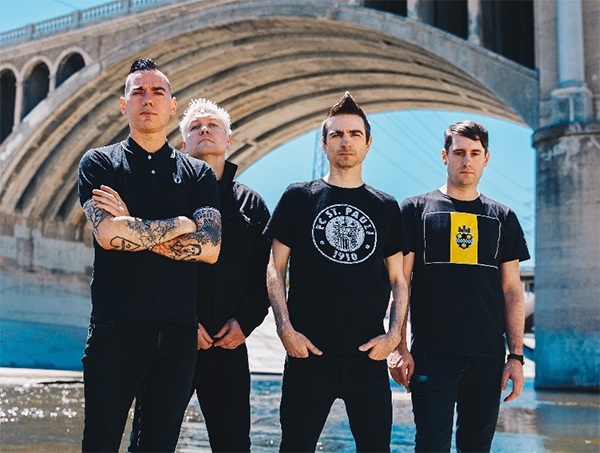 “We haven’t (played the new acoustic versions) yet. It’s pretty interesting actually because after hearing the record, a lot of fans asked us if we were going to do an acoustic tour and we didn’t really think about it but a lot of people asked us so maybe we will in the future. Right now, we’re on a full-blown rock tour so we’re not playing any of the songs acoustically yet. I was sort of surprised that people were so interested in an acoustic only tour and so that might be happening in the near future!”

While the band’s fanbase has pushed them towards experimenting with a more acoustic leaning set-list in the future, the band’s experience of playing acoustic renditions in the past has exposed them to a different side of their music.

“About four or five years ago we were in Spain and we were about to play a full-blown rock show at a big festival and they asked us to play a few acoustic songs, one of the songs was our old song ‘This Is The End’ and, even though I’ve played it a hundred times, seeing the other guys do it in that setting and that medium had a whole different meaning for me.”

Thetic elaborated further that “When you play a song acoustically instead of with the big rock band, you’re serving a different god. When you’re a rock band it’s about the energy and conveying the emotion of the performance. The acoustic setting has a lot more subtlety to it and you get a lot more of the details you’d miss in the full-blown rock experience. The texts of the song are also emphasized. With the text of Anti-Flag songs there’s a point of view of the text that we’re trying to achieve something with, when the drums are going loud and fast sometimes that gets lost but when you hear it acoustically you get a chance to hear it in a new way.”

While the band have been busy touring with AFI and Rise Against, blasting ear drums with their typically uninhibited punk rock energy, the idea of a stripped back and pensive Anti-Flag live performance may one day become reality. Until then, we’ll have to make do with American Reckoning. It’s far from the worst consolation prize.

Based in Montreal but raised across Western Europe, Andrew feels at home both everywhere and nowhere. Having picked up the piano at age four, he has since gone on to add clarinet, saxophone and guitar to his musical arsenal. As well as crafting music, Andrew spends a lot of time listening both at home and in live contexts. Rather than focusing on a particular style or calibre of artist, he is keen to explore music of any shape or size. Outside music, Andrew's passions lie in philosophical writing, visual art and sharing positivity with the world around him.
RELATED ARTICLES
afiamerican reckoninganti flag

by Nicole Swanson on December 7, 2018
AFI The Missing Man Ex Noctem Nacimur AFI continues to deliver the goods with the Dec. 7 release of their EP The Missing Man. The well-established alt-rockers have managed to stay relevant [...]