SPILL FEATURE: SOMEONE WHO JUST KEEPS GOIN’ – A CONVERSATION WITH COLIN JAMES 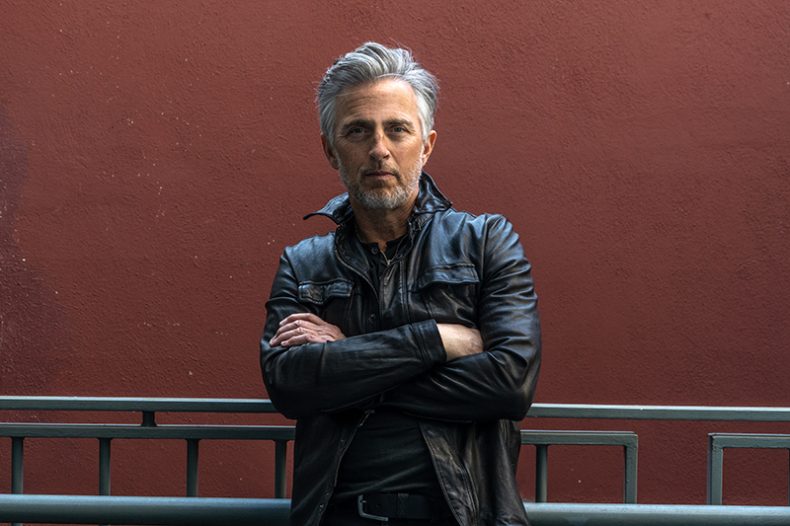 SOMEONE WHO JUST KEEPS GOIN’

“It’s funny – the making of a record happens quite a long time before you have to talk about it. Usually, you go through all those things where you do the work, and you hunker down and you worry and you fret and you carve and you change. And then, there it is – and you have to just be okay with it. But it’s always a good thing, ’cause by that time, you’re usually thinking, ‘What’s next?’”

Given his 30+  years of experience in the music business, and the fact that he is releasing his 20th studio album, Open Road, Canadian blues/rock icon Colin James is the embodiment of the “what’s next?” ethos. The pattern of producing and releasing music is something that he knows well. Like many working musicians in the pandemic era, James faced new challenges when getting the job done, but he is positive and reflective about his work. “It wasn’t your typical situation, as you know. It was just harder to make than any other record. Just in time, and to be able to find people, to get everyone together, but that’s all. I’m still very excited – it’s a privilege making records. “

“As a kid, I never thought about making records. Actually, it was Stevie Ray Vaughan who said to me, “You want to make records, don’t you?”. I remember looking at him and going, “Do I?!”, ’cause I just wanted to play guitar and sing. So, that was one of those things where I thought, “Oh, I’ve got to do that, too?” But after 20 (albums), I look at them as little blocks of your life. I can actually put myself in the shoes of, if I look at Bad Habits, or Little Big Band (‘I’ or ‘II’), I can conjure up what was going on at the time.”

As his new album is released, and with Canadian and U.S. tour dates in the offing, the artist cannot wait to get back out on the road. “It’s great to be on the verge of working again. Not only was it hard to physically make a record, but just sitting around, when you’re used to being on the road all your life. I’ve talked to some people who found it to be a real artistic boon for them. But I’m not one to huddle on my own in a room for too long. I’ve always tended to collaborate with others. I will write songs on my own but I tend to enjoy the experience of finding someone with a like mind and going, ‘Okay, what are we going to do today?’ – I like that.”

A mix of original songs and some covers, Open Road is an album that will appeal to blues/rock lovers and blues purists alike. Commenting on the variety of songs on the album, James notes that the title song, “Open Road”, “was written for this record. There’s a slow blues called “There’s A Fire”, which I also wrote, and “When I Leave This House” – kind of a little Chuck Berry rocker – I wrote that in 1991 with Tom Wilson, right around the time we wrote “Freedom”. 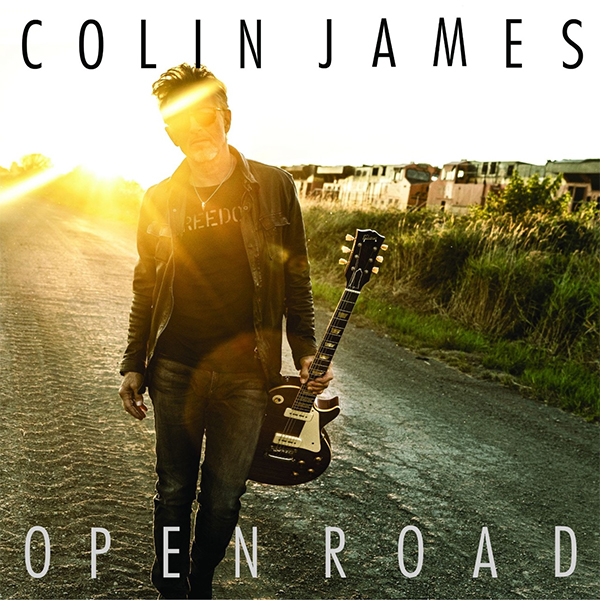 Referencing the song “Raging River” which was written in 1993, James reflects, “Colin Linden and I wrote that one. I wrote it about a dream I had, years ago. It just took it that long to get on a recording. I would occasionally play it to my manager or play it to someone and they’d say, ‘How come you haven’t recorded that?” I’d just be, ‘Well, I just haven’t found the time, or it just didn’t fit.’ Colin Linden played his guitar parts, down in Nashville, and sent them back. Any time I can play with Colin – we go back to when I was 13 years old, and he was 16. I’m really happy that Colin had such a great year last year, he got a Grammy nod for his work with Kevin Moore. He’s always great to work with!”

Keeping his blues pure is important to Colin James, but so is reaching a more mainstream audience. Speaking about his previous two blues albums, Blue Highways and One More Mile, James says that “Blue Highways was the first record I did where I really was just trying to re-create some of favourite my blues influences that I had since I was 10 to 12 years old. It came from a really innocent place, and when it did well, it got me playing again in America. It got me played on radio stations and such, blues stations and college stations, and blues blogs. We started playing the cruise ships and some of the blues festivals. It’s just been a nice progression. One More Mile was just something that added to that. With this (new) record, I didn’t want to do all blues covers again. I find that ‘blues rock’ has kind of become almost a dirty word. I notice lately, that people call it ‘modern blues’. People have used ‘blues rock’ in kind of a dismissive way, it seems to me. I’ve always been aware of that, and I’ve tried to keep, I don’t know, the taste level as high as I can (laughs). I found the easiest way to do that is by doing covers, because they’re tried and true, and they’re amazing legacies. I find that when you’re doing it, you just have to be so careful not to fall into tropes and typicality.”

While it can be a fine line to walk between traditional and modern blues, that does not diminish the demand for James’ music, whether on record or in concert. “You don’t want to re-do what you’ve done before. I wanted to show, for a song like ‘Open Road’, it still has an Americana feel, with a heavy guitar that shows up in it, I just wanted to show some growth without turning off the blues audience. We have a tour with Buddy Guy coming up in the States that I’m really excited about. 19 shows where I’m going to get to some cities that I’ve never been to and some that I haven’t been to since the early ’90s. I’m really excited!”

Excitement is key, as the artist has plans for a handful of Canadian concert dates this fall, in addition to his upcoming U.S. tour. He speaks enthusiastically about this tour, and of the musicians who will be joining him onstage. “It’s going to be Steve Marriner on bass and harmonica, myself, and I’ve got a new member of the band named Anders Drerup who’s coming up from Austin, Texas, so our trio is going to have us three. I’m pretty sure there’s going to be a Canadian tour, coast-to-coast, coming up in the New Year, but we haven’t announced anything yet. We start with Buddy Guy in Los Angeles on the 13 of March. That’s going to be so exciting, so really, I’m thinking about those shows. We’re going all the way to New Jersey with him, on about 19 shows.” 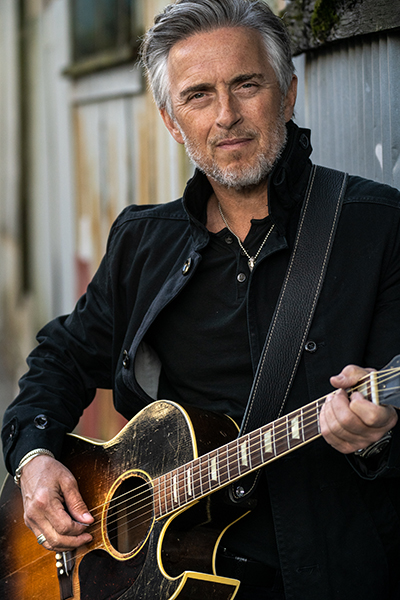 One can easily draw a line between traditional blues and rock ‘n’ roll, but it seems less likely to make a connection between blues and traditional Irish/Celtic music. Interestingly, Colin James is that link. He performed onstage with the ambassadors of traditional Irish music, The Chieftains, and also contributed a song to their 1992 album, Another Country.

Sadly, The Chieftains lost their musical heart, soul, and driving force when the great Paddy Moloney passed away in October of this year. Colin James shared some stories about the master, and how they came to work together. “I just have the best memories of Paddy, every time I met him, and it wasn’t enough. In the early going, he showed up at a club in New York. We shared a publicist named Charlie Comer. Charlie was a famous publicist from Liverpool, who was famous for working with the Marley family, Stevie Ray Vaughan, and The Fabulous Thunderbirds. He was also The Chieftains’ publicist.”

“I told Paddy that I secretly loved Irish music. I play blues, but inside of me is this Celtic fan. So he just showed up at a club with two pennywhistles in his pocket. Pulled them out of his suit jacket, and off we went. I played a couple of songs off Chieftans’ albums, on the whistle. One of my most nerve-wracking moments was playing a pennywhistle duet with him here in Vancouver. I’m not super good at it. I can just kind of get by, as long as I don’t have a squeaky note, or something (laughs). But Paddy had a great sense of humour, and was a lovely man. As someone like Greg Piccolo was to Room Full Of Blues, so was Paddy to The Chieftains. He was literally an encyclopaedia of Irish lore and songs, and tradition, that few people will ever inhabit. His passing is terribly sad.”

It is pointed out to James that he is at the same point in his career now, as The Chieftains were when he collaborated with them. His tone becomes serious, yet positive, when asked about his own musical legacy. James says that he would like to be remembered, “as someone who just kept goin’, man! I still like to look at it like someone who is doing it for the first time. I still get a real kick out of it, and I still find there’s so much to know. I listen to a lot of jazz, hoping that it’ll rub off on me, and – it doesn’t! But, there’s so much to discover out there, and I’m still trying to find my way, you know.” Humble words from a gifted artist who is in it for the long haul. Thank you, Colin James.

Bryan Williston has been involved in music since he was a young child. A veteran singer, songwriter, and music educator, Bryan has enjoyed playing a multitude of musical genres in a variety of outfits, over the years. Bryan lives in Whitby, Ontario.
RELATED ARTICLES
colin jamesdown on the bottomfeatures