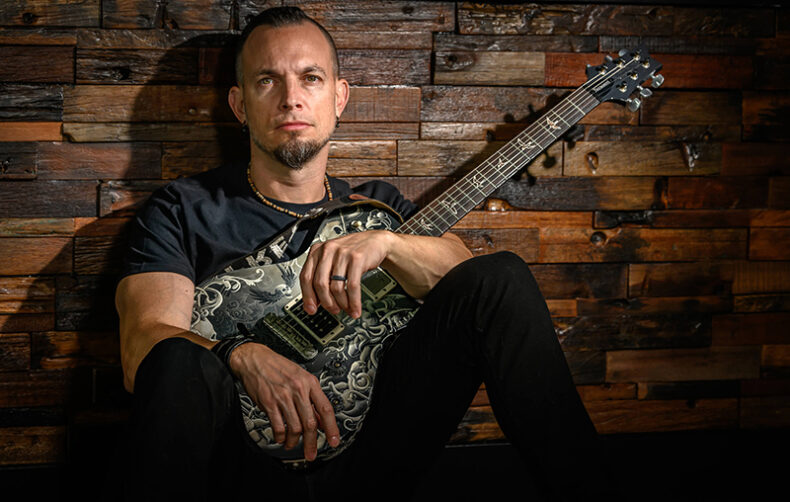 With the release their latest singles, “Silver Tongue”, “Pawns & Kings”, and “Sin After Sin”, Alter Bridge has returned with news of their seventh studio album, Pawns & Kings, on October 14th. Having taken 2021 off, a rare occurrence where lead vocalist guitarist Myles Kennedy and guitarist Mark Tremonti both released solo records – The Ides Of March, and Marching In Time, respectively – Alter Bridge is firing on all cylinders with their first studio album since 2019’s Walk The Sky.

Pawns And Kings is shaping up to be Alter Bridge’s heaviest album in years – perhaps ever. “Silver Tongue” opens with a blistering riff that explodes into a massive chorus that engulfs the listener while the album’s title track has all the makings of another classic Alter Bridge anthem. The most recent single, “Sin After Sin” is an absolute highlight off the upcoming album and feels nostalgic for the dark grunge of Alice In Chains. Reflecting on the lyrical content of the singles, Tremonti states, “I think The Last Hero was probably the most political record we’ve done. This one is all over the place in my opinion. It doesn’t really focus on just one theme for long.” The rest of Pawns & Kings is a masterclass in hard rock performance and songwriting. Speaking on the recording process, Tremonti explains, “About nine months to a year ago, Myles and I were given a deadline to record a record… It’s good for us when we have those deadlines; we work overtime. We wrote tons of demos, we get together, and we pick ‘em apart and put the Alter bridge spin on them. When we got to the studio, we had sixteen songs to go through, we did arrangements for fourteen, we recorded twelve, and we put ten on the record.” The record was written over the course of eight months and recorded in two, “that’s fast for us” Tremonti adds, continuing “We go into the studio with open minds. We often write in bubbles so when you get with your group, it helps to get everyone together to make the songs better.” The result is a 10-track album without any filler, making yet another strong addition to the band’s discography.

Keeping a consistently busy pace, Alter Bridge are among the hardest working modern rock bands as they seem to release new material every year. Furthermore, both Kennedy and Tremonti remain in constant creative movement outside of Alter Bridge – Kennedy now has released two solo records and regularly records and tours with Slash, while Tremonti has his solo band, Tremonti. “When you get to where different creative hats with different projects, it gets very exciting. I think it helps to keep things fresh” Tremonti states. Reflecting on the differences between their side projects and Alter Bridge, he explains, “If you listen to the Myles Kennedy solo project, or Tremonti, they all have their own unique characteristics. For a Tremonti record, I have to write with what my voice can do in mind, but I also get to dive into the speed metal side of things… Alter Bridge is more atmospheric than a Tremonti record, but it’s less dreamy than Myles’ album.” Despite the constant schedules they keep, Alter Bridge remains their top priority, “It’s something we’ve built for so long, we have such a catalogue for records, it’s our home. It’s the project we’ve all been in the longest – Creed was only seven years; Alter Bridge is almost twenty. It’s our baby, it’s what we do; we got to stick with it.” 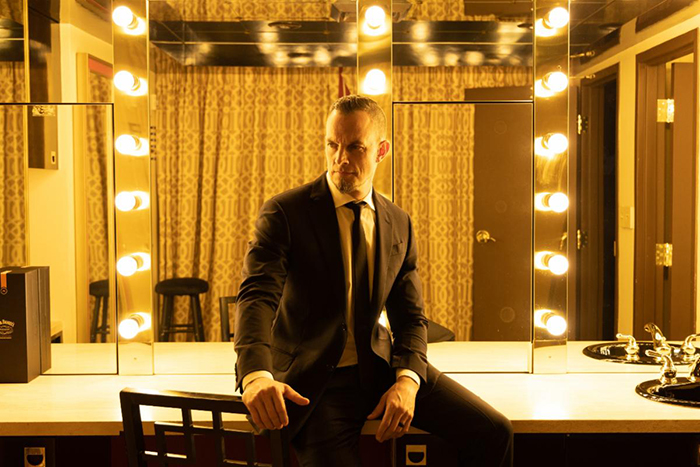 Earlier this year, Tremonti released a solo album outside of his work with Tremonti. Mark Tremonti Sings Frank Sinatra is a collection of 14 Sinatra covers recorded and arranged with the surviving members of Sinatra’s Orchestra with 100% of the album’s proceeds going towards the National Down Syndrome Society. Fans were shocked at not only the choice to cover Sinatra, but Tremonti’s vocal range as he seamlessly transformed into a 1950’s crooner fronting a jazz orchestra. Tremonti, lighting up at the chance to discuss this project, passionately exclaims “I was just obsessed – I started singing along with Sinatra songs years ago. I went down the rabbit hole and, still, every day, I listen to Sinatra… Once my daughter got the diagnosis that she was going to be born with Down Syndrome, I had read how charitable Sinatra was, so it made sense for me to record an album that I was passionate about for charity. She gave me the opportunity to follow one of my passions.” Tremonti’s delivery on Sinatra was stunning and stands as another testament to his creative range.

Proud of the work that Alter Bridge has recorded, Tremonti is excited for Pawns & Kings to drop on October 14. Afterwards, the band is hitting the road with a European tour in November and will be hitting up North America next January into April with a stop at Toronto’s History on February 11. With more tracks from the Pawns & Kings sessions in varying stages of completion, fans should also look forward to whatever the band has in store for 2023.

A passion for music has always been a part of Gerrod’s life. As a young boy, he was raised on a steady diet of the music from The Chili Peppers, Aerosmith, The Stones, Prince, and others from his mum. Raised in the GTA, Gerrod continued to foster his love for music by attending a wide range of concerts and learning the drums. His unapologetic passion for music has no bounds and has spread to a wide variety of styles, whether it be the 90’s rock that sound tracked his teenage years, the jazz he studied in university, or his newfound love for hip-hop. He recently received his bachelors in music and education from York University and is passionate about writing and reviewing good (and less than good) music. Gerrod is also the drummer and songwriter for a Toronto based rock & roll band, One In The Chamber.
RELATED ARTICLES
alter bridgefeaturesnapalm records