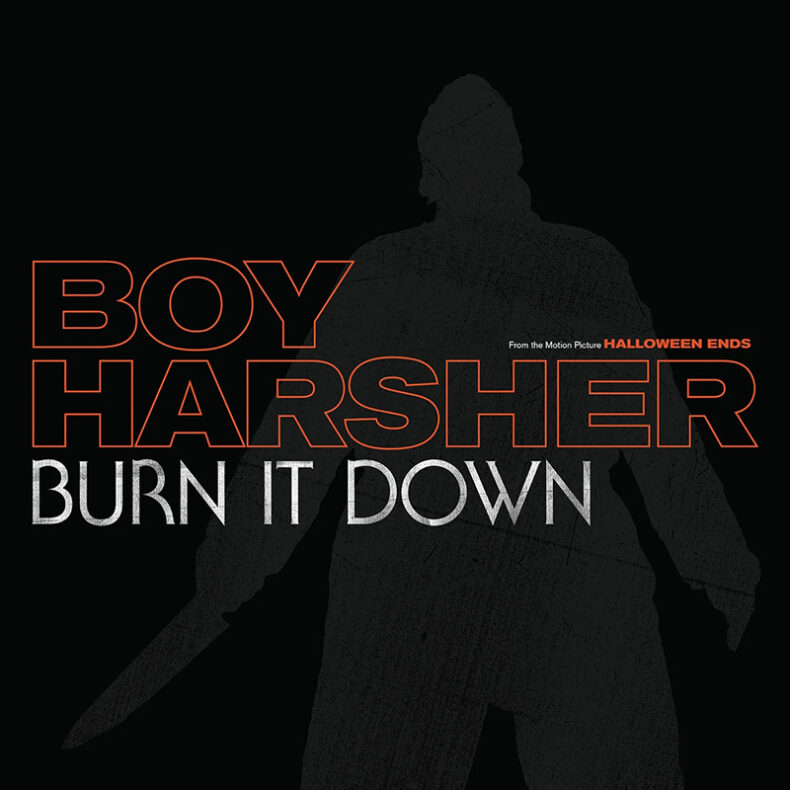 After 45 years, the most acclaimed, revered horror franchise in film history is set to reach its epic, terrifying conclusion as Laurie Strode faces off for the last time against the embodiment of evil, Michael Myers, in a final confrontation where only one of them will survive. When the franchise relaunched in 2018, Halloween shattered box office records, becoming the franchise’s highest-grossing chapter and setting a new record for the biggest opening weekend for a horror film starring a woman. In 2021, Halloween Kills earned the biggest opening weekend for any horror film in the pandemic era and simultaneously set a new record for a non-live event premiere streaming on Peacock.

As Halloween Ends marks the last chapter of the trilogy directed by David Gordon Green, it also ushers in the essential return of original composer and director of 1978’s Halloween, John Carpenter, to score the film alongside longtime collaborators Cody Carpenter and Daniel Davies. The Halloween Ends Original Motion Picture Soundtrack is set for digital release on October 14th (physical edition to follow on January 20th) via Sacred Bones, who have just shared a first taste of the album with the suspense-filled track “The Procession”. The film is also augmented by an original song by dark dance outfit Boy Harsher. Sacred Bones and Nude Club (Boy Harsher’s imprint)/City Slang are joining forces to release a maxi single containing four versions of the freshly released track “Burn It Down,” also set for release in tandem with the original score on October 14th, followed by a 12″ vinyl EP on January 20th, 2023.

Boy Harsher said of the experience: “During an extremely brief period of rest between tours, we got this call from the music supervisor of Halloween Ends. The director, David Gordon Green, had listened to our music and wanted to use something for the final installment in the trilogy – Halloween Ends. We flew to New York the next day to meet the team and discuss the possibilities. It was totally surreal. Obviously we’re huge fans of Carpenter and the franchise is a fav, but to work with Gordon Green was also so special, his early films (George Washington, Undertow, Snow Angels) were heavy influences on our work. The real kicker is that Halloween Ends was shot in Savannah, GA – the birthplace of Boy Harsher and where we met. Unbelievable. It all felt too synchronous, and we knew we had to make something work although we were about to leave for a multi-month tour that week. We flew home to Massachusetts, dug through old demos, and found “Burn It Down”. In the end it was the perfect energy for the bittersweet love affair between Allyson and Corey, so during a couple days off – we cleaned it up and made it come alive.”

Similar to the last two soundtracks, Halloween Ends was recorded in its entirety at John Carpenter’s home studio and Daniel’s studio. The soundtrack of the third installment broadens old themes whilst creating new ones in an effort to bring renewed life to one of the most epic horror scores ever written. The general atmosphere is one of dread, yet the record includes some groove laden moments reminiscent of Escape From New York or some of Carpenter’s other more dance-able scores. Exquisite and delicate ambient pieces weave their way between some of the score’s more arresting moments and yet maintain a subtle pop sensibility. The overall achievement showcases three master musicians, one of whom invented the entire horror-synth genre, crafting an evocative, playful, and deeply listenable score that honors a legacy and expands on the decades of work that have been leading to this triumphant climax.

SPILL NEWS strives to keep our readers up to date with news and events in the music industry. We keep you informed of the most recent information regarding new releases, tour dates, and information items about your favourite artists.
RELATED ARTICLES
boy harsherjohn carpenternews

by Jake Collier on May 28, 2022
BOY HARSHER @ WIDE AWAKE FESTIVAL, BROCKWELL PARK (SOUTH LONDON) MAY 28, 2022 Boy Harsher has played another great show as the band has become more popular. Their shows are still as DIY as ever. The duo of Jae Mathews and Gus Muller form a [...]