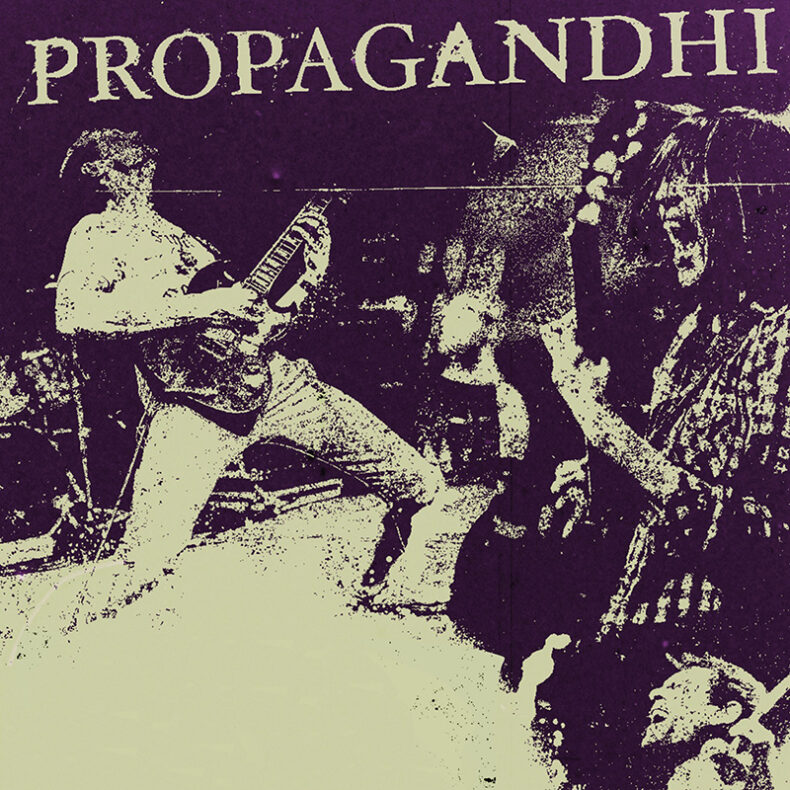 Coming off a set of prairie dates with legendary Canadian politico-punks Propagandhi, this last show in Calgary at the downtown Palace Theatre is a bit of a homecoming, if not quite a hometown show. The band themselves are from the Siksika nation about an hour west of the city where they are an absolute institution with their own festival Momentsfest which just happened a few weeks earlier.

Propagandhi are notoriously political and incredible champions of emerging artists, and though their most recent work has been highly technical and precise, their early material is raw, loose and anthemic. No More Moments skews relatively close to early Propagandhi in political forwardness and raw punk straightforwardness, but brings a more contemporary lean. It’s great to see an opening act approach a first-of-three set with all the enthusiasm of a headline act. 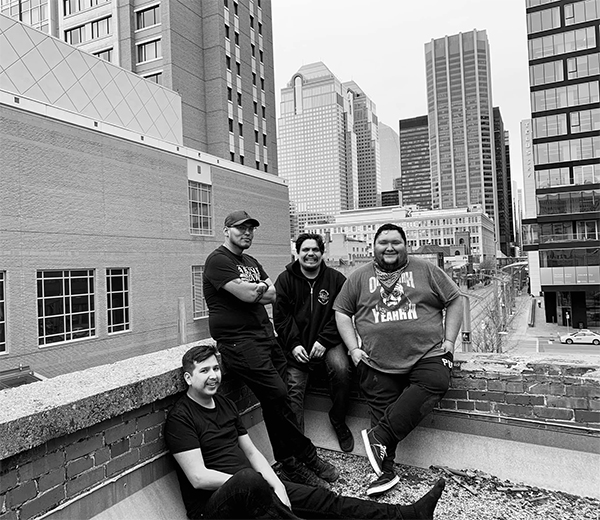 Throughout the set the band was shouting out at the most engaged audience members and folks who came in already wearing their shirts. The early portion of the set including a poppy new song that echoes early blink-182 earns some quality oohs and woahs. The standout “Problem Child”, that according to vocalist Quarthon Bear Chief is about “expressions of their frustrations and struggles”, and a song about “being Aboriginal in today’s world”, brought a few obvious fans into the mosh pit.

Most of the cuts from the evening came from their new EP Quarter Life Crisis which is still hot from the oven on Cursed Blessing Records and mixed by Scott Middleton (Cancer Bats). These cuts are notably crisper both on record and live than the songs like ‘Self-Entitled’ from Mill High Grove  (2020).  The band really deserved a good showing to the sold-out crowd and was clearly both enthralled and prepared. They moved and performed with big energy suitable to the rawness of their music and a graciousness that endeared the crowd to them extremely quickly. It was a great opening set from a great punk band to watch.

As a music industry professional, Liam has seen all sides of the industry. Working as a venue and operations manager for the Calgary Folk Music Festival, specifically their stunning black box concert hall Festival Hall, he has put on countless concerts and music events. In the evenings you'll find him writing bios and copy for artists as well as shooting promotional and live still photos for bands and presenters. You might even see him brewing up his own introspective and self conscious anti-folk in Calgary's DIY music seen as well. His palpable musical network and knowledge of every facet of live music production make him an invaluable resource. He is currently at the Canada's Music Incubator Artist Manager Program in Toronto. (Photo Credit: Michael Grondin Photography)
RELATED ARTICLES
calgarylive review

by Chris X on November 2, 2016
Port Juvee Crimewave Independent Despite their success and wide acclaim in 2014 with their EP Revenge, Calgary, Alberta’s own garage rocking Port Juvee have come a long way since their [...]