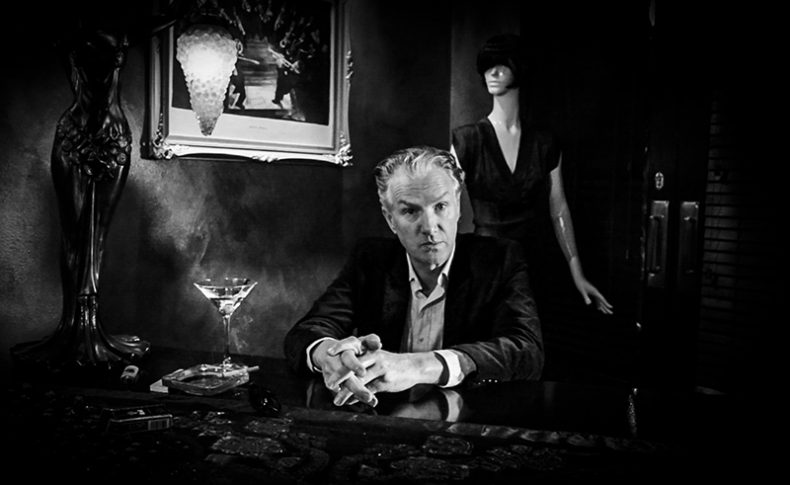 Songwriter. Lyricist. Arranger. Cultural provocateur. Serge Gainsbourg fulfilled all of these roles in his lifetime and did so brilliantly. Following in the lineage, if not the actual footsteps, of jazz-age surrealist and singer Boris Vian, he brought a salacious wit to popular song that has made him an icon in his native France, and endeared him and his work to many performers, from Jarvis Cocker to Tricky, Beck to Mike Patton, and even Einstürzende Neubauten, who recorded a rather blistering and raw reduction of Gainsbourg’s sensational “Je t’aime moi non plus” on their first LP.

But few, if any, of Gainsbourg’s advocates have expressed their admiration as thoroughly or indeed as eloquently as talented multi-instrumentalist, songwriter, and arranger Mick Harvey. Best known for his decades of work with Nick Cave & The Bad Seeds and the wildly influential Birthday Party, Harvey exhibited discipline, dedication, and grace with his twin albums of Gainsbourg translations in the ’90s, Intoxicated Man and Pink Elephants. Those two sterling tributes were paired together for reissue in 2014 (Mute), but Harvey has now returned to the master’s catalogue to produce Delirium Tremens (Mute), the third in his series translating Gainsbourg’s works into English. A fourth volume, Intoxicated Women, (also on Mute) has been slated for November. 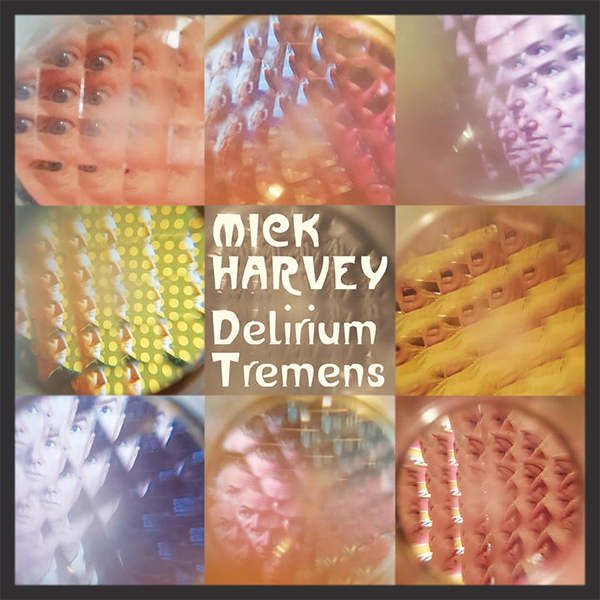 According to Harvey, without the reissue opportunity a couple of years ago, the new collections might never have happened. “The reissues sort of led to the idea of just doing a few shows — I’d never played any shows at the time of the initial release — and we just started doing that,” he says. “There were a few different lineups of musicians, and people working around the project, and playing it live, and they just started saying, ‘Well, why don’t you do some more? Can you do another volume?’ And I was a bit like, well, it’s really kind of fun, now, after 20 years — it’s such a huge distance after the original project that it actually felt like something that was a bit fresh again, and was just very enjoyable. So it was quite different from the first undertaking, in a way, because I think I approached the whole thing from a very, very different starting point, which was interesting.”

That starting point was a place of self-assuredness and familiarity, a confidence that came from having shouldered the burden of translation and reinterpretation before and having succeeded. “Doing the first project … I felt a kind of weight of responsibility about taking it somewhere in particular and making it work, and achieving it to a particular level,” Harvey explains. “With this one I think I didn’t really feel that, because I just was confident that I’d be able to do it, and just let it ‘happen’ a lot more.”

Among the many delights in this third volume, Delirium Tremens, are its willingness to dig further into the Gainsbourg oeuvre, taking on songs that others might have left behind, and adding dimensions of possibility to them with particularly bold textures from guitarist J.P. Shilo. “He puts a very strong sound in there, at whatever he does,” Harvey says.

From the first, the album’s lead track, Harvey’s retelling of “L’homme à Tête de Chou,” “The Man With the Cabbage Head,” teems with a vibrant, electric urgency that skillfully underscores the song’s drama rather than undermining it. “Deadly Tedium,” a reworking of “Ce mortel ennui” from Gainsbourg’s 1958 debut, Du chant à la une!, is closer to the original in its arrangement, but it’s just that slightest suggestion of Raw Power production in the vocal that gives it a new and unfailing edge. 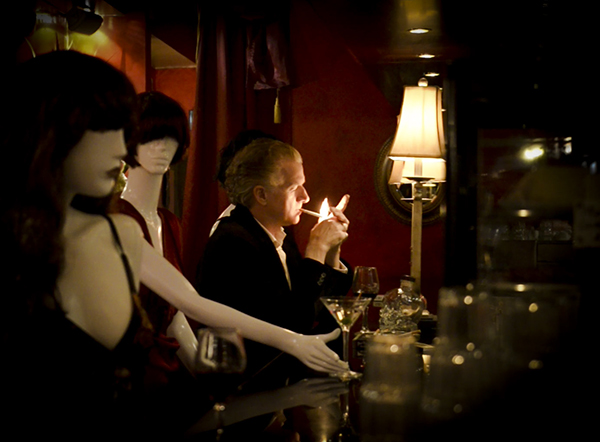 “Some of the songs on there, they were recorded in two different situations,” Harvey reveals. “One in Melbourne with a basic band, and one in Berlin with Bertrand [Burgalat] and Larry [Mullins, of Iggy and the Stooges, Nick Cave, SWANS]. And that’s the other kind of thrust. I think the stuff that they did — and I chose which lineup did which songs, specifically — but the stuff that I threw to Larry and Bertrand, they were kind of amazing, those guys. The first three songs on the album is them playing. I just let them run with it.”

This ensemble play lends this project a distinctly more intense energy from Harvey’s first two Gainsbourg collections, and Pink Elephants in particular, most forcefully demonstrated on “SS C’est Bon,” Delirium Tremens’ harrowing take on Gainsbourg’s “Est-ce Est-ce Si Bon” from his 1975 album Rock Around the Bunker, dealing with Gainsbourg’s memories of being a Jewish child in occupied France.

“I ended up going it alone with a lot of quite a few of the songs [on Pink Elephants],” Harvey recalls. “I think it was a bit less so with Intoxicated Man, but I do tend to do a basic track with some other musicians, and kind of get a feel. I like working like that. I don’t like working so much with click tracks. I like to get people playing together. I think it’s much better.”

If there’s a cavil to be leveled at Delirium Tremens and its ambition, it’s simply that after three albums, Harvey’s audience is still awaiting his interpretation of “Cargo Culte,” the Jean-Claude Vannier-orchestrated apotheosis of Gainsbourg’s classic Melody Nelson LP. But there’s good news: It’s already in the can, awaiting release on the upcoming fourth volume, Intoxicated Women.

“I knew I was going to be doing this anyway,” he says of this fourth and likely final installment, “but I set about kind of looking into the stuff that he’d written for France Gall, and Juliette Greco — all those early to mid-’60s songs that he was writing for women — and obviously found some gems in there, which I was expecting to. Somehow, through all of that, ‘Cargo Culte’ ends up on the album called Intoxicated Women, which I suppose is kind of appropriate, since it’s his, kind of, farewell to some kind of idealized pubescent kind of lust figure of his.”

Harvey’s fans will have to wait to hear it and the rest of Intoxicated Women in November. But in the interim, Delirium Tremens shows Harvey as he is — matured and daring, with the wisdom to know how to treat the spirit of Gainsbourg’s songs with reverence while simultaneously having the courage to reshape them to his own ends.