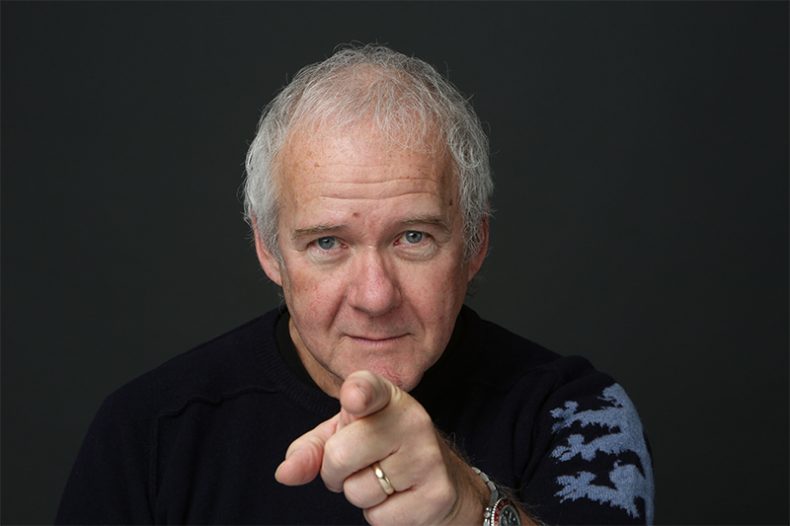 MAKING THE HUMAN EXPERIENCE UNDERSTANDABLE IN AN ARTISTIC WAY

A CONVERSATION WITH MURRAY McLAUCHLAN

Murray McLauchlan is a legend.  He may not personally agree, but he is.. Not because he has been inducted in the Canadian Country Music Hall Of Fame, has received the Order Of Canada, and has earned 11 Juno awards during his career, but because of his music. Since his debut in 1971with the incredible Song From The Street, he has released  20 solo albums, two live albums, and four albums with supergroup Lunch At Allen’s. He has crossed genres, produced top notch rock, folk, country, jazz, and everything in between with ease.

McLauchlan is also incredibly funny and a great conversationalist. He has just released a new album, Hourglass, a powerful work commenting on issues pertaining to systemic racism, privilege, and economic disparity. These are very heavy topics, but in McLauchlan’s hands, he is able to break these huge themes down and he shows how they relate to the individual. The album might just be the most important one released this year.

McLauchlan has just received his dose of the vaccine and takes the opportunity to talk about “Pandemic Blues”. “I actually wrote that song to cheer people up. It is kind of a ‘relax, cool, it isn’t the first time shit like this is happening. It’s going to be alright, chill’. I thought it would cheer people up. I suggested we should put it out to country radio, and I was told ‘they won’t play it’… and I was told because it has the word ‘pandemic’ in it. I guess I erred” McLauchlan laughs.

Here, McLauchlan was not afraid to address issues that others may find uncomfortable to talk about, let alone sing about. And these subjects are issues that have been sitting with McLauchlan for a while. McLauchlan admits “The One Percent” was something he wanted to tackle for a while. It “has been kind of stewing for a long time. The germ of it goes back to the ‘Occupy Wall Street’ movement. At the time there was kind of a put-down reaction, particularly from major media. They were saying ‘they don’t know why they are there, they can’t even articulate what they are mad about’. Not to presume too much but I think they know why they were there. They were there because they were terrified about being disenfranchised, being left behind by powerful multinationals, who were not responsible to governments, taking over the world. This is not going away, we are looking at an ongoing trend where wealth is being concentrated more and more and more into a very small segment of the human race, and a lot of people are going to come and get it one day. It is not a recipe for a great future. So that idea had been stewing around in my head for a long time.” 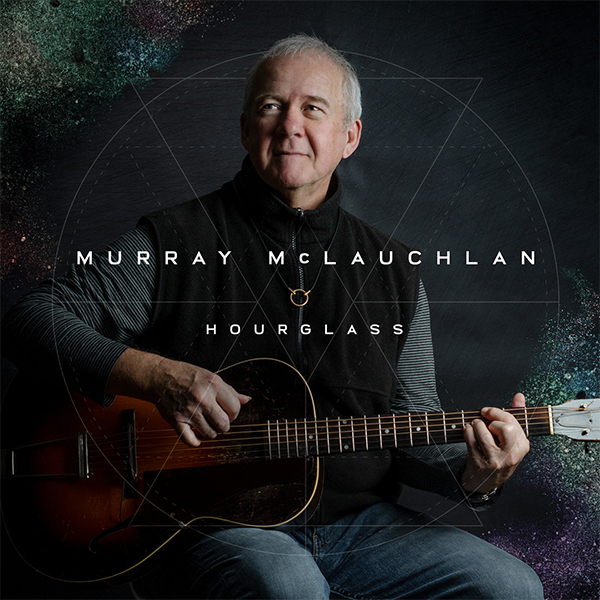 Hourglass is a different album for him in terms of how it came about. It was not his usual creative process. “I wasn’t touring, and we went up the lake and just started writing poems. Every one of these songs started life as a poem about these things, just to kind of get them off my chest. And interestingly enough, when it came time to come up with a melody for “The One Percent”, because it is kind of heavy lyric, I immediately put it on top of this four-beat rock dirge, and I immediately hated it. And I had also been sitting around, just playing guitar, just for fun. And I had all these guitar bits, licks and I thought I should do something with these, they are kind of cool. So I stuck the lyrics on this lilting melody and I loved it. You put a meaningful lyric in a pleasing musical framework. Some of the messages I received from YouTube were things like ‘strong message’ but it doesn’t hit you over the head with a hammer’, so obviously that worked.”

The method behind the album is not McLauchlan’s typical way to work. “I don’t normally write poetry first and set it to music. That is something I hadn’t done since I started out. It was something I tried to do this time. In the last few projects I’ve done, they have come about in different ways.

In dealing with, as McLauchlan would say, heavy topics, he is not worried about negative feedback regarding this album? “Part of the reason I don’t worry about it is because you need to write about these things and they need to be spoken about. As an artist, it is my intention to try and not write poetics. I am not writing political treatises here.  I am trying to make the human experience understandable in an artistic way, filtered through my own heart. I’m not out to hammer anybody over the head and telling them that is what they should be thinking, but I am hoping to expose what the issues are in an artistic way, they might come around to rethinking about them in a positive way.”

Although he tackles very serious and heavy subjects and does so with a great deal of compassion, McLauchlan can see some good coming from a tragedy.

“There are very heavy songs, some of them are. But I couldn’t get away from the image of that little boy, on the shores of the Mediterranean, Alan Kurdi. The thing about that, the good that came out of that little boy’s death was 60,000 refugees coming to Canada because people said, ‘this is just fucking wrong’. I think there is a power when people say ‘this is wrong’.”

And for McLauchlan, as heavy as the album is, there is still that hope that we, as a people, can come together and understand. He sums it up quite beautifully in the song “A Thomson Day (For Tom Thomson)”.

If you went to school in Canada, you would have seen a representation of “The West Wind” somewhere. It is a spectacular passionate piece of work, and when I step in front of it, I fall into it. If you have felt the west wind coming off a lake you have been in that painting, in a sense. The core of that song,  is ‘the moment’ when you fall through and have experienced it yourself. Life is ephemeral, and when you apprehend those magic little moments where you feel really alive , and you feel the life in everything, that is the most precious thing in the world.

Born and raised in Whitby, Aaron discovered music through his love of The Beatles. This led to a career in radio, writing for various publications, and ultimately a radio show about The Beatles (Beatles Universe), which ran for over four years. When not immersed in music, Aaron enjoys spending time with the loves of his life -- his wife Andrea, and daughters Emily and Linda (all of whom have an intense love of music too).
RELATED ARTICLES
a thomson day (for tom thomson)featureshourglass
9.0

by Aaron Badgley on July 9, 2021
Murray McLauchlan Hourglass True North Records/Linus Entertainment Murray McLauchlan’s debut album, Song From The Street was released 50 years ago. In all the years since that debut, [...]