A CONVERSATION WITH DWI

As the bass player for the indie rock band The Zolas, Dwight Abell is a veteran of the Vancouver music scene, and he is set to kickstart his own solo project, under the moniker dwi.

His first solo album, titled Mild Fantasy Violence, has been something that he has always wanted to do. “I’m a songwriter,” explains Abell, “This is the first time that I’ve ever publicly released something under a solo name, but I’ve always been writing songs. I need to do it. I’m always thinking about songs.”

Abell has been playing with The Zolas for over six years, but the reprieve of the past year and half has given him the space to record his own music. This time at home was exactly what Abell needed to focus on just that. “I’ve always been writing songs and the pandemic gave me time to just sit. I was just sitting at home, not even seeing them, so I just started to get into recording my ideas,” says Abell. “I wrote the first two songs and engineered them in my bedroom. I sent them off to James [Younger] from Yukon Blonde, who has done a lot of producing recently. I was like “dude, let’s just go in the studio together” and he was down. So, I demoed everything in here, getting all the parts I think are cool, and we went to 604 records, the studio that they have, and we just re-recorded over [the demo tracks]. Then, I got The Zolas drummer, my best friend Cody [Hiles], to come in and he recorded drums. The chemistry I have as a rhythm section with Cody, not many people have that. That dude is like a human click track.”

Besides time to sit and focus on the music, the events of 2020 also provided Abell with inspiration for his songwriting. “There was so much going on, obviously the pandemic, and so many social awareness movements all at the same time. The record is about being in isolation, separation, and feeling these things.” 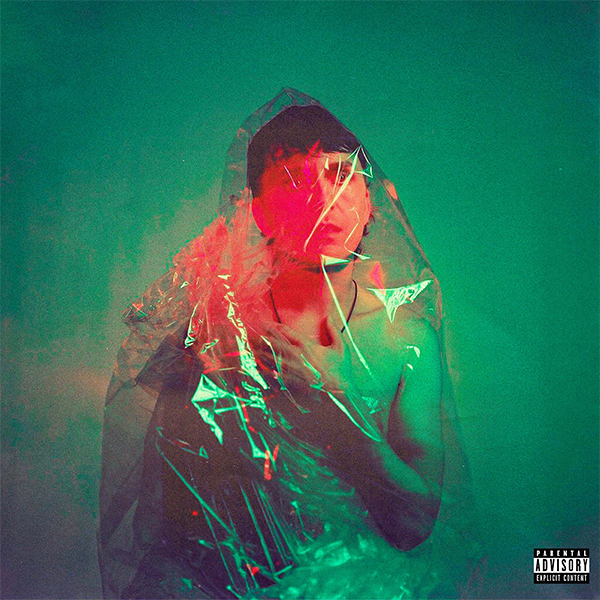 While Mild Fantasy Violence is not an explicitly political record, the sense of unrest pervades the music. “The most political I get is on the first single I released, “Freak N Out”. A lot of it is just reflection, given that time to just think and dwell. When you talk about global issues, it’s hard not to come across as preachy, so I like to make them personal metaphors and tie it back to me.”

Abell is not afraid to be vulnerable in his music. One of the personal topics he explores on the record is his own relationship with alcohol. “A lot of the record is singing about me getting fucked up,” Abell explains. “It’s not like I was drinking every day, but it was a social crutch. Every time we got together to rehearse, I would need a few beers. It just started to scare me. It’s cool to be straight now and reflect on that without feeling too much guilt, now that I’m past that to a certain extent. It has been over a year now and is a big part of why I’ve been able to push myself and do everything it takes to make a record.”

He also opened up about the reality of being a touring musician, explaining that it is not always as glamorous as it seems. “Tour pretty much consists of staring out a van window or staring at a green room wall. It’s not this glamourous thing when you’re at our level. It’s travelling and loading things in and out of venues, praying to God that there aren’t too many stairs. Yes, it is cool and fun, but it’s still work.” Abell will be opening up for The Zolas as dwi during their national tour in November and will also be opening up for Yukon Blonde in December.

In contrast to the cohesive 90’s brit-pop aesthetic of The Zolas’ Come Back To Life, dwi’s Mild Fantasy Violence revels in hopping between genres and styles. For Abell, this contrast is exactly what he was looking for. “For this project, I wanted it to sound like a hybrid of a demo and a nice studio. I think we pulled that off – there are many aspects that sound really good and then other parts that sound kind of crappy in a cool way. There is something bubbly and anxious about this record. I am a pretty anxious person to begin with, so there is something very alarming about the record, but there is some hope to it too.”

Kieran Davey is a freelance writer and music enthusiast from Vancouver, Canada. He particularly enjoys alternative rock, groovy hip-hop, and basically any music from the 60's. Aside from reviewing music, he also loves playing guitar and spending time in nature.
RELATED ARTICLES
featureslight organ recordsthe zolas