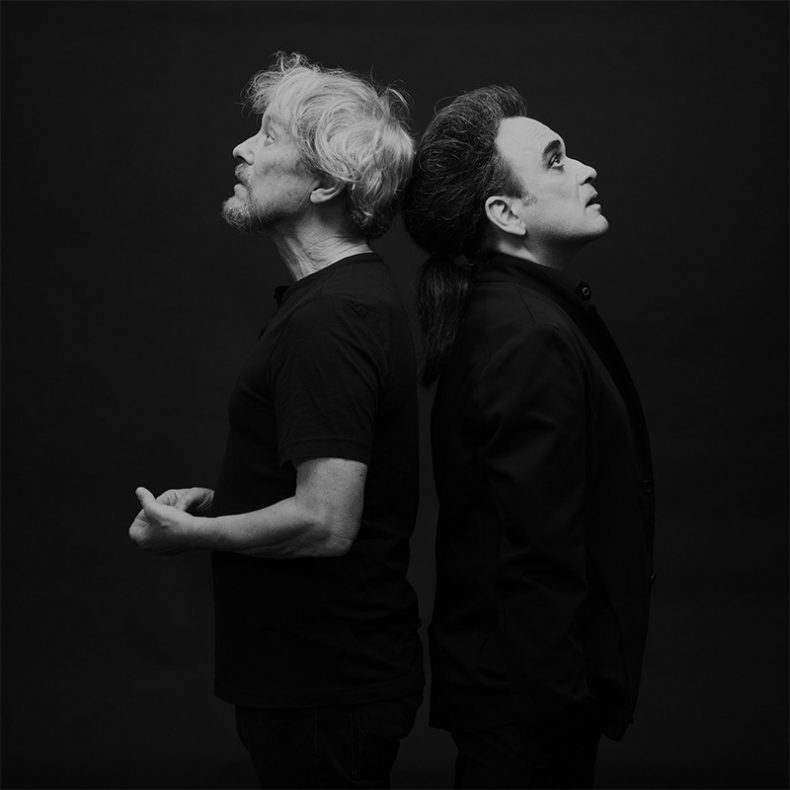 Dual, the most recent effort from Germany’s dark wave project Deine Lakaien, which was released on Prophecy Productions, breaks new ground for the duo.

The double-disc album consisting of 20 tracks, is made up of cover versions along with the band’s “replies”. “We chose songs that we always regarded as good songs, from respectable artists, from very different genres and decades,” according to vocalist Alexander Veljanov.  “It was also important to ignore any borders, that’s why the final collection combines very different styles and times.”

Tracks the band covers and their corresponding replies are not in any sort of order, according to Veljanov. “Dual is our tenth studio album and just another chapter in our history…we made a lot of live albums, because we considered it very important to play our songs in very different constellations. From the naked acoustic duo versions, with voice and grand piano, up to different band versions, combining electronics with acoustic instruments, medieval and renaissance instruments, modern strings, drums, electric guitar…a whole philharmonic orchestra.”  Being that the band formed shortly after Horn had resigned his position as conductor at the Statestheater of Baden in Karlsruhe, this doesn’t come as a huge surprise. 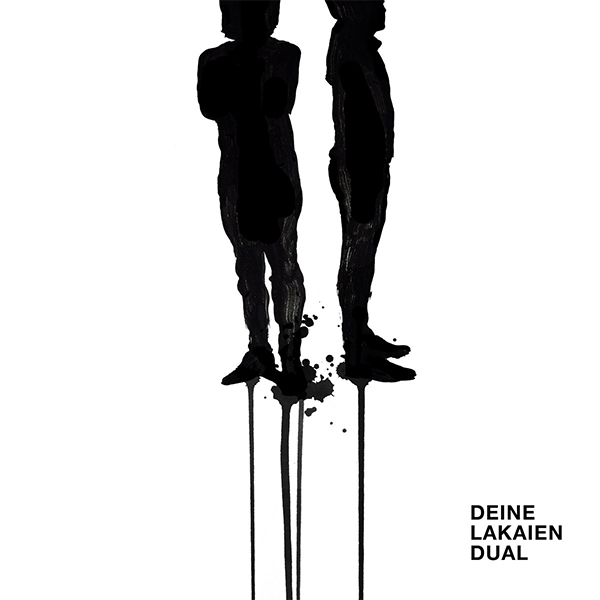 Using samples from exotic instruments which instrumentalist Ernst Horn has acquired and programmed over the decades of the band’s existence gives the collection an exotic sonic backdrop.

This album is the tenth full-length from Veljanov and Horn, the two founding and principal members. Deine Lakaien, which began in 1985 as an exclusively electronic darkwave project, has succeeded in creating a new sound “In the end it is all about sounding like nobody else,” reports Veljanov. “We always wanted to create our own sound world, without copying anyone else but always trying to combine influences from many different genres. Music that inspired us and that made us dream of creating something individual.”

“When we started our project, E.N. [Eüinstrzende Neubauten] was an outstanding band in a divided Germany. We liked the way they used the German language, combining it with industrial and uncommercial sounds…we were fascinated by the post-punk attitude, to create and publish music without help from the typical major music companies, we decided to take the name Deine Lakaien, “Your Lackeys”: servants of music, and for an audience which we still had to find and build back in 1985.”  And that they are.

Kathy Nichols, from the land of cheese and beer, has been writing off and on since elementary school. Her passions include hugging trees and trying to make a positive difference in the world, to which end she completed a degree in Mass Communications coupled with Environmental Science. Kathy appreciates all types of music, mainly industrial and punk and the like (especially bands who use their fame and fortune to try to make social or political statements), but with a little bit of Beastie Boys and Billie Holiday thrown in to switch things up a bit. She is the owner and CEO of www.industrialstrengthpublicity.com and enjoys long walks on the beach and (skinny) puppies.
RELATED ARTICLES
alexander veljanovbecause the nightdeine lakaien
7.0