SPILL FEATURE: COME ON, LEAVE YOUR WORLD BEHIND – A CONVERSATION WITH MIKE McCARTNEY (MIKE McGEAR)

Features
382
previous article
SPILL FEATURE: THE AGE OF GRUNGE AND INDUSTRIAL MUSIC - AND IT WAS FUCKING DOPE - A CONVERSATION WITH RICHARD PATRICK OF FILTER
next article
SPILL ALBUM REVIEW: BON IVER - i,i 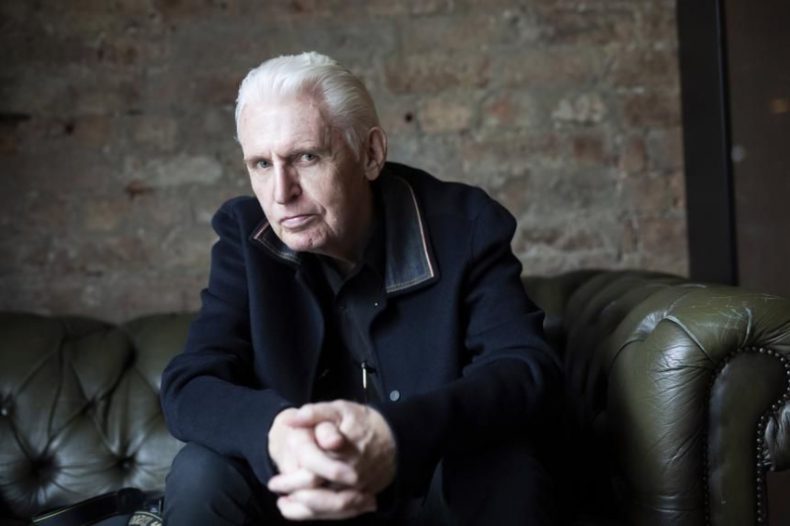 COME ON, LEAVE YOUR WORLD BEHIND

Peter Michael McCartney was born on January 7, 1944. He was the second of two sons born to Jim and Mary McCartney. As with his older brother, he would go by his second name (Michael) but later, when he was a professional musician/writer/photographer he would go by the name Mike McGear (one earlier name he tried out was Mike Blank). By 1962 he became a member of a unique group The Scaffold. The Scaffold were a poetry/comedy/music group.  Also in the band were Liverpool poet Roger McGough and comic John Gorman. Adrian Henri was a member in the early days of the band.

This happened to be the same year the band in which his brother was a member of released their debut single. One of the main reasons for his name change was that McGear did not want to be seen as riding on his brother’s name, even though at one time he was in the same band as his brother.

“A drum kit fell off a lorry, if you know what I mean, and I was drumming with Paul’s band,” McCartney explained during our recent conversation. “Paul and I went to Scout Camp, where I somehow smashed into a tree and broke my arm. I wound up in Sheffield Hospital, with a broken humerus bone, which was not very funny and my left hand became paralyzed. I could not drum. That is how Pete Best got the job. If I hadn’t broken my arm, my brother and I would have been the Liverpool Oasis”

However, by 1966, The Scaffold were signed to Parlophone in the U.K which lead to a string of hits. “Thank U Very Much”, “Do You Remember”, “1-2-3” and their number one hit “Lily The Pink”. “Lily The Pink” ended up having a big place in rock ‘n’ roll history. 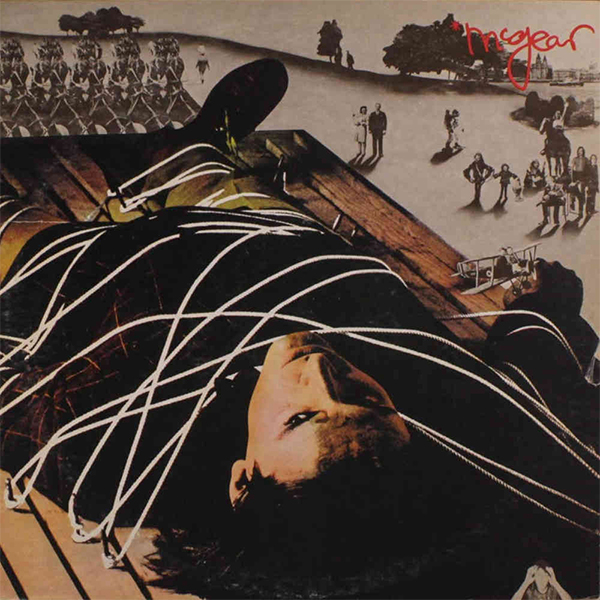 “That is Jack Bruce playing bass and it was recorded in Abbey Road’s Number One studio. I said ‘Jack, do what you want in the song. He did a very straight bass line. Our usual producer Norrie Paramor was given credit for producing it, but it was really me. I was in the studio with our kid (Liverpool slang for ‘sibling’) and I was so into music I knew what I wanted it to sound like. I pushed the bass drum way up. On the record you hear me playing Ringo’s bass drum in Studio Three, where The Beatles recorded. I borrowed the bass drum, put my overcoat on it and got this great thud. Also on that record is Elton John, who was Reg Dwight at the time, and Graham Nash singing back-up vocals”

By the early 1970’s The Scaffold joined forces with another musical comedy act, The Bonzo Dog Band. The result was the brilliant band GRIMMS, featuring the Scaffold members as well as Neil Innes and Vivian Stanshall (from The Bonzo Dog Band) and Andy Roberts (The Liverpool Scene). Also during this time, McGear released his first solo album. Even though he had released an album in 1968 with Roger McGough (McGear and McGough featuring Jimi Hendrix on a couple of tracks), Woman was McGear’s first solo album.

After two albums with GRIMMS, McGear left the band. Paul encouraged Mike to record some music and they started with a song Paul had written called “Leave It”. The song was recorded in London, but it was Paul’s in-laws in New York City who encouraged the two to do more. “Leave It” would go on to be a hit single in the U.K and Europe.

“We went to New York to visit Linda’s parents, our kid plays them “Leave It” and Lee and John Eastman go apeshit over it. They kept saying ‘you gotta do an album’. So I booked some time in the studio where I recorded Woman, and Gerry Conway, who drummed on that album joined me, along with a few others. Jimmy McCulloch had just joined Wings, so he helped out, along with Denny Laine. And Brian Jones of The Undertakers, an old Liverpool band, joined in with his saxophones. Paddy Maloney came on over and played.  We went to the studio every day to work on it.” 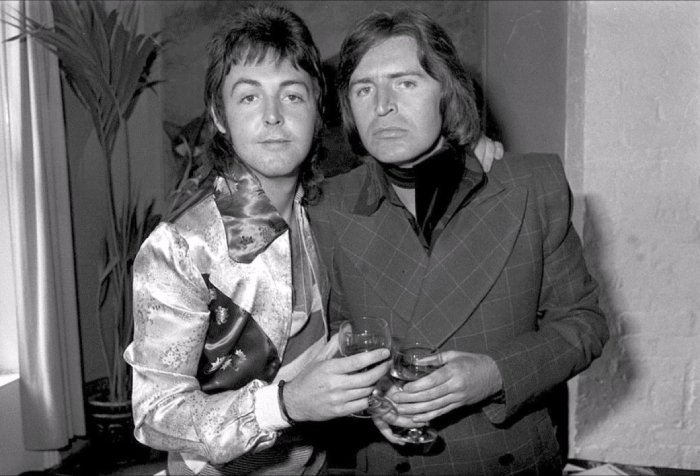 Also present was his brother. Being the younger of the two, sometimes the brothers had a hard time working together.

“The obvious question was can we work together without killing each other. When we were younger, living in the house on Forthlin Road, a two up, two down, we would often sing Everly Brothers songs. We had some pretty good harmonies, but we never knew whose part we were singing. Our kid used to do his Buddy Holly Week every year and one year we were at Hammersmith and Paul and I were chatting in the bar. Don Everly was there so we asked who sang what on which song. Turned out I was Don Everly, and Paul was Phil.”

Which brings us to today. The album was originally released in 1974, and has been rereleased a couple of times since, but this year it got the deluxe packaging from Esoteric/Cherry Red.

“Warner Brothers had lost the master tapes, and I was told they could master off the vinyl but if I had the tapes, the quality would be that much better. I found big boxes of tapes in my attic. I had not heard them and a friend had lent me a reel to reel so I could listen to them. All my musical equipment was gone since I went into photography. But the tapes had mildew on them, and I was told ‘don’t touch them!’ I was told they had to be baked in an oven. I thought they were joking, but they were serious. It took weeks in the bakery. But, I had the master tapes and more. I had the original uncut version of “Leave It”, which was actually engineered by Alan Parsons.”

McCartney found a lot more; various singles that were recorded around that time, but released later, as well as Maloney outtakes, unreleased songs, and different versions of songs on the album. A DVD is also included featuring McCartney in Liverpool and the original promo film of “Leave It”.  It is also the first time the album has been released on vinyl since 1974, forcing McCartney to buy a new turntable.

McCartney has gone on to a very successful career as a photographer, even meeting the Queen (“she is very little, reminded me of my mum”) an event of which he is very proud. “I can always say that your dad or granddad shook the hand of the Queen”.

Mike McCartney has done a lot more than that. He has been responsible for some fine music, comedy, books and an album whose time has come to finally be released. McGear is available, and like a lot of brilliant albums, times have finally caught up to it.

Born and raised in Whitby, Aaron discovered music through his love of The Beatles. This led to a career in radio, writing for various publications, and ultimately a radio show about The Beatles (Beatles Universe), which ran for over four years. When not immersed in music, Aaron enjoys spending time with the loves of his life -- his wife Andrea, and daughters Emily and Linda (all of whom have an intense love of music too).
RELATED ARTICLES
cherry redesotericfeatures
9.0