SPILL FEATURE: BERLIN AND BROWNIES – A CONVERSATION WITH ALICE MERTON 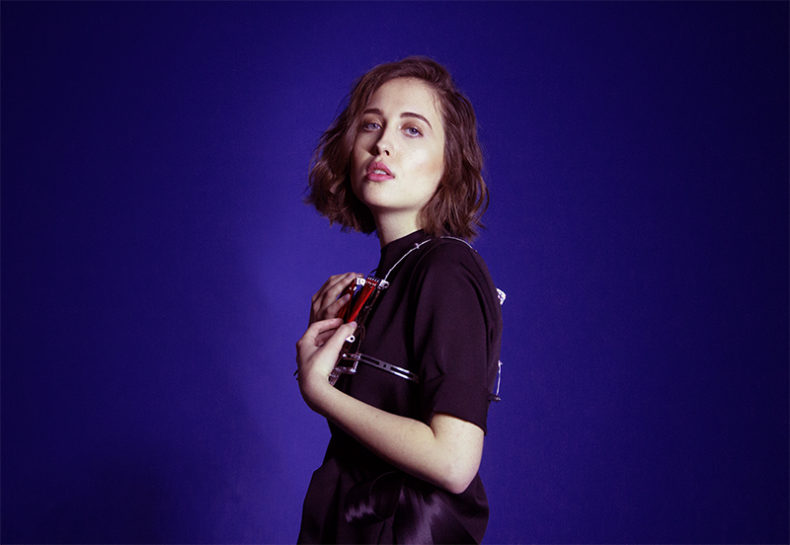 AN INTERVIEW WITH ALICE MERTON

True citizen of the world, Alice Merton, spoke to me amidst her hectic travel schedule. The 24-year-old singer/songwriter has seen her single, “No Roots” steadily climbing the charts since its release in December of 2016. After blowing up in Europe, the song traveled across the pond, joining the likes of Cardi B and Khalid on Billboard’s ‘Chartbreaker.’ Now, Merton heads out on her first US tour, and the buzz around her seems just to be getting bigger. While it could be her distinct vocals that have led to her success, the real-life parallels between Merton’s upbringing and her music seem to strike a chord with people.

“When I was thirteen years old, and we had just moved to Germany, I definitely felt I was missing out on normal teenage life. I was watching my old school friends from Canada grow up without me, while I was in Germany trying to learn the language and trying to pass each year without failing. I didn’t speak the language and it was a different culture which I wasn’t used to. It took me a very long time to adjust. But looking back I’m thankful for the experience. Now I’m bilingual and have friends in various countries.”

Ironically enough, Merton now calls Berlin her home base and where she’s been making most of her music. The city has a unique music scene, but has it influenced her at all?

“I think without really knowing it, it influences my music automatically, but at the same time so have all the other places I’ve lived in. The experiences I’ve gained in each country and each city have all played a role in the lyrics and perhaps also the sound of my music.”

While we all know her as a singer, Merton began her musical career with BGM Records as a songwriter, a phase that didn’t last too long.

“I was signed to [them] four years ago as a songwriter. They told me it’s too risky to sign me as an artist, so I should write for others, which was fun too! And I also gained a lot of knowledge in how the industry works. I realized, however, that I didn’t want to spend my life giving away songs that I had created. I wanted to sing about things that moved me and experiences I had collected throughout life. I also didn’t like the fact that as a songwriter you were always dependent on other artists, hoping they would take your songs. I don’t like being dependent on other people.”

Merton’s need for independence reemerged when it came time to begin recording her own music. Instead of taking the traditional route of signing to another label as a singer, she decided to start her own with her manager, Paul Grauwinkel. They called it Paper Plane Records, an homage the M.I.A. song, ‘Paper Planes’-which is one of her favourites, as well as her belief in hard work. Creating the label definitely reinforced the latter reason for its name, and gave Merton the creative control she was looking for.

“One of the biggest challenges was carrying our own risk. We invested all the money we owned in the record label. We even shared a one-room apartment because we couldn’t afford to each have a separate room in Berlin. Also having no experience in running a label, we didn’t know if we should start with blogs or promote it via radio. So many things we had to learn by doing. But I’m happy we did it this way. A lot of labels always feel the need to tell you how they think the music should be marketed and what songs work best where. I say make music you love doing, come up with a strategy and put it out there.”

Doing things differently is no new concept to Merton. When the songstress needs to be inspired, she heads to a place that you may not consider: the supermarket.

“I do get a lot of ideas [there]. I have no idea why though. I sometimes see certain sentences and words and think to myself that they have to become songs. Sometimes I just sit on my bed and stare at the wall, reflecting on everything that’s going on. Then I write it all down. A few days later once I’m in the studio, the song is then created.”

Asides from the produce aisle, other artists like The Killers have been a constant source of inspiration. Now, Merton is slotted to play Not So Silent Night, a two day festival in Oakland, California, alongside them on December 9. It looks like even though she’s carved out a home in Berlin, her on-the-go lifestyle is still in the plans. At such a young age, a hectic schedule is manageable, but could be difficult to maintain in the long-term.

“I can see myself doing this for a long time. But at some point, I want to sign other artists with our label and perhaps open up my own bakery and sell brownies. Who knows!”

Luckily for us, we’ll get a full album (or two) before she begins baking.

“The album will be out next year! But there will be more music to come before then.”

The Spill Magazine is a Toronto-based online publication dedicated to covering the independent music scene with a strong focus on our thriving hometown talent. Our writers bring you up-to-date news, in-depth features on musicians and reviews for the latest CD releases. We also travel to the front lines for all local festivals including Canadian Music Week and North by Northeast.Don’t forget to check out our Facebook and Twitter pages for all daily Spill updates.
RELATED ARTICLES
alice mertonfeaturesmom + pop music