SPILL ALBUM PREMIERE: AIMEE LAY – THE OTHER SIDE OF YOU 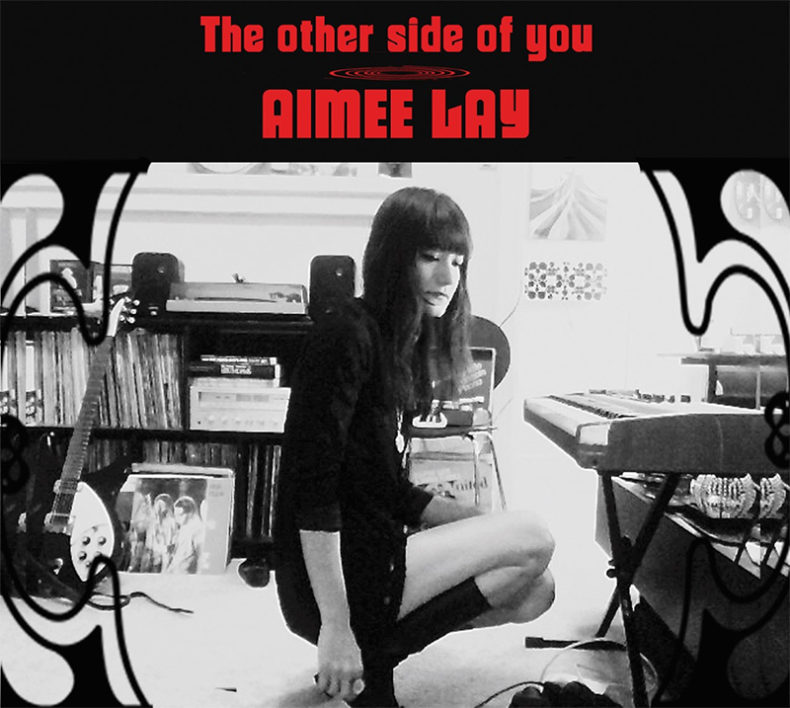 AIMEE LAY – THE OTHER SIDE OF YOU

Raised in Manhattan Beach, Ca., Aimee Lay is the daughter of a Korean immigrant mother and Chicago born German/English father. Assimilation was challenging and perhaps this is what drove her and her brother to find an escape through immersion in the music of an older, more mystically innocent time and place… serving as their church and source of connection to life’s truth, mystery, and possibility.  As a teenager, Aimee found solace in the 60s mod scene, riding her vespa, discovering old records and going to vintage clothing stores, dreaming of the British Invasion, girl groups, flower power, psychedelia, Swingin’ London and late 70s mod-revival and punk glory days.

When she was 18, she formed her first band with original Descendents bassist Tony Lombardo, opening for the legendary Mike Watt. Through the years, in addition to playing her own music, she has played guitar, bass and organ with many bands in the LA music scene. While still heavily influenced by the soundtrack of her youth, the natural progression of self discovery and life struggle and maturity would lead her to ultimately find her own unique voice and sound, lending to the at times dark, moody, introspective nature of her songwriting style, drawing comparisons to such artists as PJ Harvey, Chrissie Hynde, Nico, Patti Smith, Marianne Faithfull and Aimee Mann.

Aimee Lay’s latest album, The Other Side Of You was recorded as more of an organic experiment than as a straight ahead studio album. The goal was to write and record something as true to being as fully expressed creatively as anything she’d ever done in the past. This intention became even more critical when her father suddenly developed a mysteriously complex illness and then passed away before the album was completed. Aimee draws upon many influences on this album, predominantly 60s and 70s folk, psychedelia, garage rock and pop elements. “I wanted to make an album like my own “Forever Changes” by Love; an album that had many different moods, sounds, elements, types of songs… but all relevant to the experience of being alive as a human in this world, with all of the endlessly varying emotions that accompany this experience.  My father’s death included a lot of traumatic psychological mysteries as well as physical illnesses.  This left both myself and my family with a sense of deep existential crisis and PTSD. I found myself in an urgent search for spiritual understanding, the seeking of and critical need for its discovery and possibility of redemption. The title track, “The Other Side Of You” was written about both the search to understand the shadow sides of another as well the very shadow sides within oneself”.

The majority of the full band tracks were recorded by both Aimee and her brother, Al Lay, in a lockout they shared in Inglewood, CA, with Al on bass and Erik Herrera (of the band Wolvez) on drums. The remainder of the album was recorded and played by Aimee in her studio apartment in Echo Park, CA, where she experimented relentlessly while locked away in her apartment for hours, searching for the right cocktail arrangement of sounds and textures to complete the soundtrack in her mind. Mixed and mastered by Al Lay.

The Other Side Of You will be released December 1st on Respectful Lust Records (CD and digitally).

A cassette version is also available on Lolipop Records.

Aimee Lay
The Other Side Of You
(Respectful Lust Records/Lolipop Records)
Release Date: December 1, 2017

The Other Side Of You Track Listing