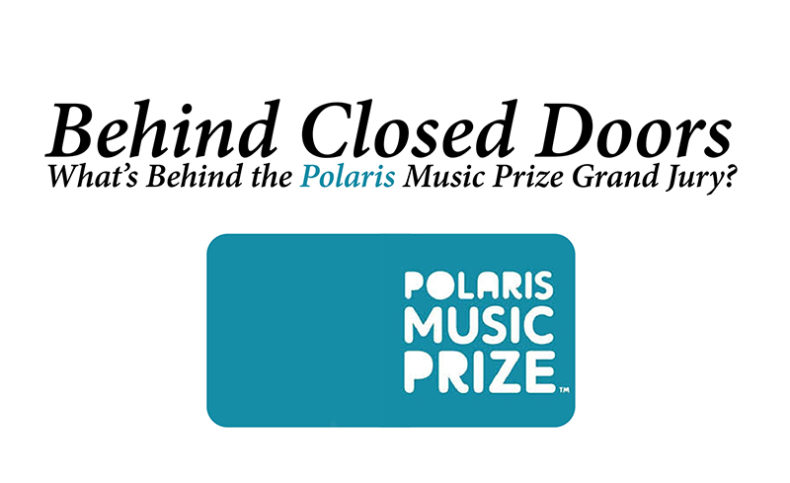 In June, a jury of approximately 200 music journalists creates a list of 40 Canadian albums, known as the Polaris Music Prize Long List. In July, the Jury votes on the Long List albums to create a Short List of what they consider to be the year’s ten best albums. Each of those jury members is then considered individually by the Polaris Music Prize’s Board of Directors to participate on the Polaris Music Prize’s Grand Jury. Looking at each jury member’s first choice on their short list ballot, one jury member is selected for each of the ten albums on the short list. Each of these ten members is chosen to act as a champion for their respective first choice album. The Grand Jury members are expected to be prepared to defend its merits, and to debate its place as the best album of the year, based on Polaris’ general criteria of being “of the highest artistic integrity, without regard to musical genre, professional affiliation, or sales history”. The eleventh juror is chosen from among those who did not have their first choice make the short list. While selecting Grand Jury members, additional considerations are also made to include a balance or representation of east, west, male, female, experience, age, as well as a specialization in a particular genre of music. All music journalists who are invited to sit on the jury are also those whose background focuses on championing or promoting music or artists, or whose work is curative, as opposed to those who review live shows or interview artists. Creating this balance in the jury helps to provide equal opportunity for each of the nominees.

The Grand Jury meets for the first time the evening prior to the Gala. Over dinner, each juror presents their championed album to the rest of the panel, discussing its merits. At the end of the evening, each panel member goes home and has the opportunity to once again listen to each album, and to consider all the arguments presented. The next evening, the Grand Jury reconvenes and is sequestered in a room at the hotel. A preliminary vote immediately shortens the list by selecting each member’s top two choices. From this ballot, the top five are discussed again, and another blind ballot trims it down to three. A final blind vote is done reducing it to one. At this point, the Grand Jury is dissolved, and the members are invited to join the Gala. The Jury members learn the result of their final vote at the end of the evening, when the winner is announced.

Selecting one album that stands out from the rest is a certainly a monumental, and seemingly impossible task. Somehow the Grand Jury manages to make a timely decision each year. Some years, that decision is reached quicker than others. When one looks over the list of past winners however, it would be difficult to deny that any of them didn’t deserve the prize.

Can’t wait to see what this year brings.

Trish Melanson lives in the Toronto area with her three boys, Nicholas, Justin, and Eric, her dog Jakkson, and her cats Max and Jagger. She is the former host and producer of Canadian Kickass, a weekly two hour radio show on New Jersey's Chestnut Radio, showcasing Canadian Music. She is also a former Web Content Manager of Indie Soundscapes, an online showcase for Independent Music Artists Worldwide, and was a regular music contributor to The Stroumboulopouli. She is a fervent supporter of the Toronto live music scene. In a past life she was a teacher and Vice Principal in Durham Region. She has many more new and exciting projects waiting in the wings. ;)
RELATED ARTICLES
features