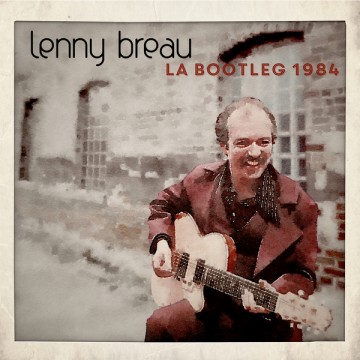 Thirty years ago, in August of 1984, jazz guitar legend Lenny Breau was found dead – apparently murdered. The mystery remains unsolved. Two months earlier, executive producer Randy Bachman and the crew of Guitar Archives released a never-before-heard live album recorded by the legendary guitarist at the peak of his talent.

LA Bootleg 1984 is a collection of tried and tested standards such as “Stella By Starlight,” “There Will Never Be Another You,” and “If You Could See Me Now,” performed in a trio setting that brings elements of swing, introspection, reflection and happiness. These dynamics seem to be signs of Breau being just on the brink of a new creative high, and there are no indications of him slowing down.

These performances haven’t been released and can be seen as somewhat of a revelation for Lenny Breau fans and devotees who want to bring some closure to his short career.

Upon listening to this newly-released recording, it is astonishing that Breau blended various genres and prodigious technique to create a style that is uniquely his own. Here we get to see him interact with a fuller jazz unit that supports him in his explorations while he swings and burns on faster tempos such as “Four” and “There Will Never Be Another You,” and reflects and plays with sensitivity on ballads such as “When I Fall In Love” and “If You Could See Me Now.”

One of the highlighted tracks in this set is an obscure piece composed by Don Thompson called “Days Gone By.” Lenny treats this piece so well that it deserves to become a contemporary standard, bringing heartfelt emotion and harmonic sensibilities into the piece.

LA Bootleg 1984 is a welcome addition for guitar aficionados and fans of Lenny Breau to honour and pay respect to a major talent gone way too soon.