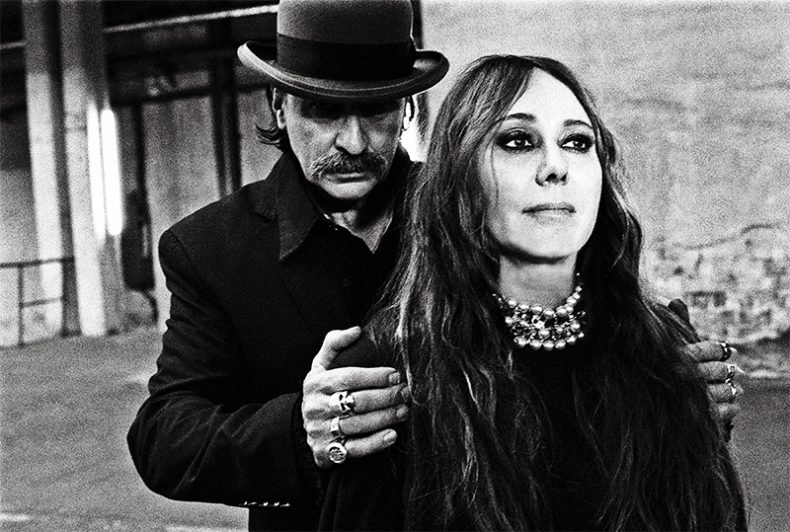 AT THE THRESHOLD OF THE NEW

The new hackedepicciotto LP, ‘The Silver Threshold,’ marks a dark time in our history,
as well as a new chapter in development for the duo.

When the pandemic took hold in early 2020, it took the wind out of everyone’s sails. Life changed. We went into lockdown, and “stay home” became the mantra to keep the virus from spreading.

Around that same time, hackedepicciotto — the name that describes the creative work of married couple Alexander Hacke and Danielle de Picciotto — had just released a new album, The Current, to high acclaim. The next natural step would have been to tour to support it, in keeping with the pair’s well-documented itinerant lifestyle of the previous 10 years. But it wasn’t meant to be. Faced with lockdown and a full stop to their wandering way, hackedepicciotto moved forward in the only way they knew how: to create.

“Originally, we were going to cancel the lease for our studios,” Hacke recalls. “And luckily, I missed the date to hand in the cancellation. And that turned out to be a great thing, so we did have that studio, and could continue to work.”

The resulting album, The Silver Threshold, is the duo’s fifth, and its first for Mute Records. The title derives from the specific circumstances under which it was created. “We had the feeling, at the beginning, when the pandemic started, that it would make a huge impact on the world, and it would change everything — how people are perceiving global warming, social problems and all of that,” de Picciotto recalls. “And also for us, the situation of having to finally settle down. So we kind of felt that we were on this threshold — that mankind was on the threshold to either make a good decision or a bad decision. And that we were on a threshold to finally make a decision.”

“And that silver, of course, is the metal of the moon,” Hacke adds. “It is a metal of reflection — really good, or really bad. But it’s that void just in between [before] something happens.”

Sonically, The Silver Threshold finds the couple venturing further into the exquisite realms of textured drones and raw emotions they have traversed on previous efforts like The Current and Perseverantia. But while the terrain feels familiar something that was detectable on previous efforts is coming into delicious flower on this record.

“I think that we achieved a style that we haven’t had before, and I really, really like it,” de Picciotto says, specifying the track “Meeres Stille,” a favorite of hers on the album. “It’s kind of like a really odd mixture of new music, of drone, of this weird kind of singing thing. … I like the fact that my classical upbringing has been able to get to this music and kind of really make it into an odd mixture [that is] hard to even describe.”

She isn’t wrong. There’s a powerful alchemy in the layers of sound here that are an absolutely natural result of the synthesis of these two strong personalities. Hacke, of course, is known for his storied career as multi-instrumentalist with Einstürzende Neubauten, as well as his work with Crime & The City Solution, The Jever Mountain Boys and others. And de Picciotto’s rich history of achievements include a raft of accomplished solo recordings, in addition to time with bands like Crime & The City Solution and The Space Cowboys, as well as a raft of multi-disciplinary work that includes an array of visual exhibitions and a pair of published books.

That’s a wealth of experience from which to draw to realize their vision, but for these two, bringing it together has always been an elemental experience. “We’re very opposite in many things,” de Picciotto says. “When we do stuff together, it’s always surprising for both of us. We realized at one point that we’re the strongest if each one of us just does exactly what the strongest points are — nobody’s trying to do something else.” 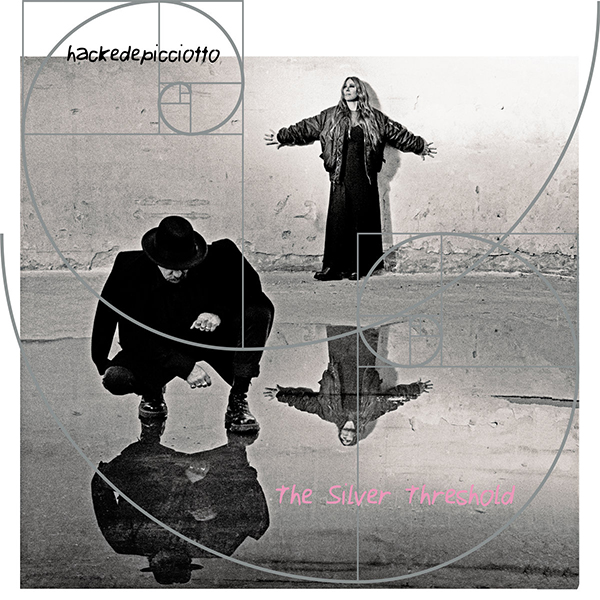 PURCHASE THE SILVER THRESHOLD VIA BANDCAMP

For Hacke, that has meant relying on his vast arsenal of experience playing bass, guitar and percussion in highly experimental contexts, as well as his skill as a throat singer. These elements theoretically contrast de Picciotto’s more classical foundation, favoring string instruments as varied as violin, hurdy gurdy and autoharp as she often does, bringing haunting strains of early music into the mix, but it remains a delicious pairing.

“We’re bringing these two opposite things together,” de Picciotto says. “It always gives us the feeling as if that what we achieve is something we can only achieve together. It’s not something that we could achieve by ourselves.”

There’s a euphoria in this music that is hard to define, but that easily is traceable to the source of this connection between the performers. For the uninitiated, it might most be likened to the sort of transcendent experience delivered by Michael Gira’s SWANS in recent years, though with a degree of fragility that tempers that outfit’s brute-force approach. The opening “Ouvertuere” starts with delicate sounds of nature, of birdsong in morning, then introduces tense, shimmering violins that flow into larger drones and metallic groaning before hackedepicciotto harmonically intones a brief Latin invocation that, if this writer understands correctly, praises Earth’s generosity.

“Music is sacred to us, so in the end, we are trying to create sacred music, and therefore we utilize sacred dead languages,” Hacke says, explaining their affinity for the use of Latin expression. “Like Latin slogans that, for some reason I feel really convey their meaning without being obvious, in the face. Not many people understand Latin. [Yet] somehow it is connected to our synapses, I believe. You kind of get the notion of what’s being said. … It’s very handy as a symbolic language.”

The theme of veiled language and strained communication surfaces in the literal sense in the song “Babel,” which describes the biblical story of a united people working to build a city and tower to reach heaven, and how God thwarted their efforts by making them unable to communicate with each other.

“Ever since Trump started [his campaign], I’ve kind of had this feeling that people do not understand each other anymore,” de Picciotto reflects. “And now, with COVID, it’s becoming even more extreme. Friends that I’ve had for a long time suddenly do not understand what I’m saying when I say it might be a good idea to get vaccinated. And this disinformation, or not understanding each other, reminded me of the ending of Babel, where it’s written that God basically distorted their language so they couldn’t understand each other anymore. The world kind of has to stick together as one to be able to get this pandemic to leave, and instead of doing that, it’s like there are thousands of different ‘opinions.’ I just think of that story all the time.”

Rich with layers of sound and meaning, The Silver Threshold offers a dynamic range of experience that lends itself to repeated listening. From the steel sonorities of Hacke’s bow chime — a bowed metal instrument he acquired many years ago from the late Robert Rutman — in the opening “Ouvertuere” and the knocking rhythm of the title track, to the tremulous hurdy gurdy in “Trebbus” and the fateful pounding of “The Watered Garden,” this is a record that resonates with the sense of a discomfiting prophecy — and yet, its creators still maintain a sense of humor about this work.

“I don’t listen to our productions very much after we’ve finished them, but when I hear them, there are certain moments,” Hacke says with a pause. “Like on the title track, on ‘The Silver Threshold,’ … while we’re doing it, [engineer] Victor [Van Vugt] was just holding onto the mixing desk and going, ‘This music makes me nauseous!’ Stuff like that, when I hear that, I think, ‘If this music made the engineer feel nauseous, then I think we’ve achieved something.’”

hackedepicciotto’s “The Silver Threshold” will be released by Mute Records Nov. 12.