Books
99
previous article
SPILL ALBUM PREMIERE: I AM A ROCKETSHIP - LIES AND LEGENDS
next article
SPILL FEATURE: AT THE THRESHOLD OF THE NEW - A CONVERSATION WITH HACKEDEPICCIOTTO 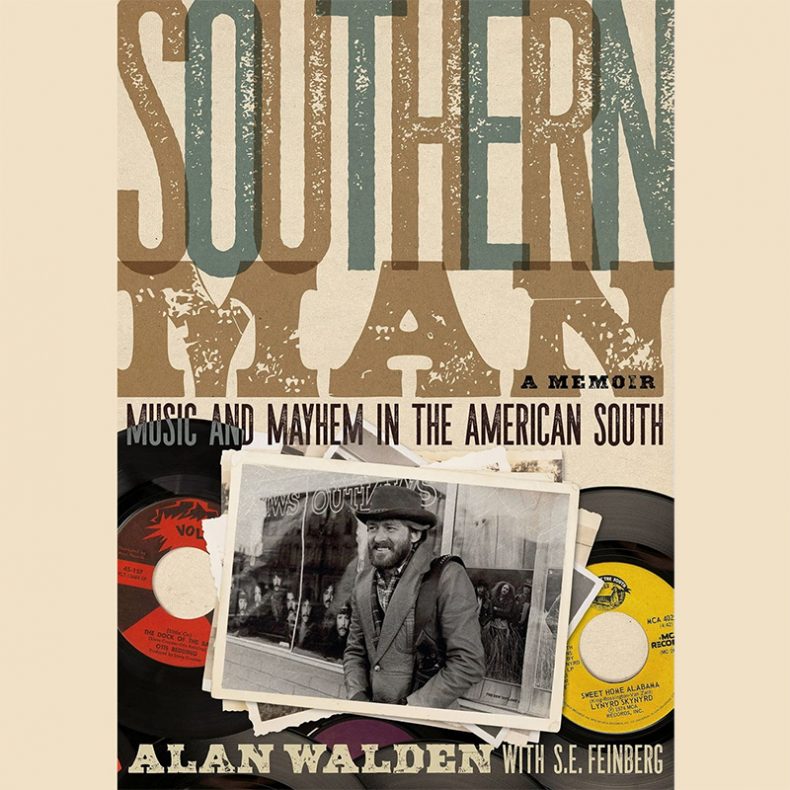 Perhaps best known for managing the likes of Otis Redding, Etta James, and Lynyrd Skynyrd, Alan Walden has lived a remarkable life. His memoir, Southern Man: Music & Mayhem In The American South: A Memoir – written with S.E. Feinberg – is a reflection of that. His story reads like a conversation, likely one told to Feinberg, and details his life in music, and how he progressed from a booking agent to managing some of the greatest southern soul and rock artists of his time.

Southern Man: Music & Mayhem In The American South: A Memoir is a story of entrepreneurship alongside some of the greatest voices ever recorded. The book can be divided into two main sections, the first of which focuses on Walden’s friendship with Redding, while the second largely follows his time working with Lynyrd Skynyrd. Walden’s narrative is told anecdotally through a series of loosely organized chapters that act as a who’s who gallery of southern artists and all-time legends, including working with Sam & Dave, touring with James Brown, and hanging with Duane and Greg Allman. While the stories told are entertaining to say the least, there is a sense of name dropping with each chapter as they take centre stage, with Walden’s actual story feeling like an afterthought. Furthermore, the book seems to jump around between chapters with little sense of organization or purpose.

All that being said, Southern Man: Music & Mayhem In The American South: A Memoir shines bright for a number of reasons. For starters, Walden shares a first-hand account of the racism he witnessed growing up and working in the south – primarily Macon, Georgia. It is because of this that his memoir is an invaluable primary document of the African American struggle that set the stage for a not just the artists in the book, but the communities directly affected by this. In this sense, Southern Man: Music & Mayhem In The American South: A Memoir provides a level of context to southern soul music, which should add some additional depth to the music which should only serve to broaden your appreciation for the perseverance and strength these artists demonstrated. Walden’s story is at its best, however, when detailing his time spent with Redding. For much of the first half of the book, Redding is the star of Walden’s story. Always by his side, Walden was essential to propelling Redding to his revered status and, in turn, Redding was essential to catapulting Walden forward as a music businessman. Where their bond was so close, there are an abundance of stories, many likely never been told, that shed light into who Redding was beyond his music. For this, Southern Man: Music & Mayhem In The American South: A Memoir excels.

Walden and Feinberg’s deep dive into history and Walden’s life is one of tepid results. Where it shines for its countless cameos of stars, its organization feels a touch too loose and casual. As a result, the overarching narrative of Walden’s success and contributions to music from behind the scenes feels muddied. Despite this, Southern Man: Music & Mayhem In The American South: A Memoir should be considered an essential read for anyone looking to expand their knowledge on the development of southern soul and rock throughout the ‘50s, ‘60s, ‘70s, and especially for fans of Redding and Skynyrd.

Purchase Southern Man: Music & Mayhem In The American South: A Memoir Via

A passion for music has always been a part of Gerrod’s life. As a young boy, he was raised on a steady diet of the music from The Chili Peppers, Aerosmith, The Stones, Prince, and others from his mum. Raised in the GTA, Gerrod continued to foster his love for music by attending a wide range of concerts and learning the drums. His unapologetic passion for music has no bounds and has spread to a wide variety of styles, whether it be the 90’s rock that sound tracked his teenage years, the jazz he studied in university, or his newfound love for hip-hop. He recently received his bachelors in music and education from York University and is passionate about writing and reviewing good (and less than good) music. Gerrod is also the drummer and songwriter for a Toronto based rock & roll band, One In The Chamber.
RELATED ARTICLES
booksjawbone press