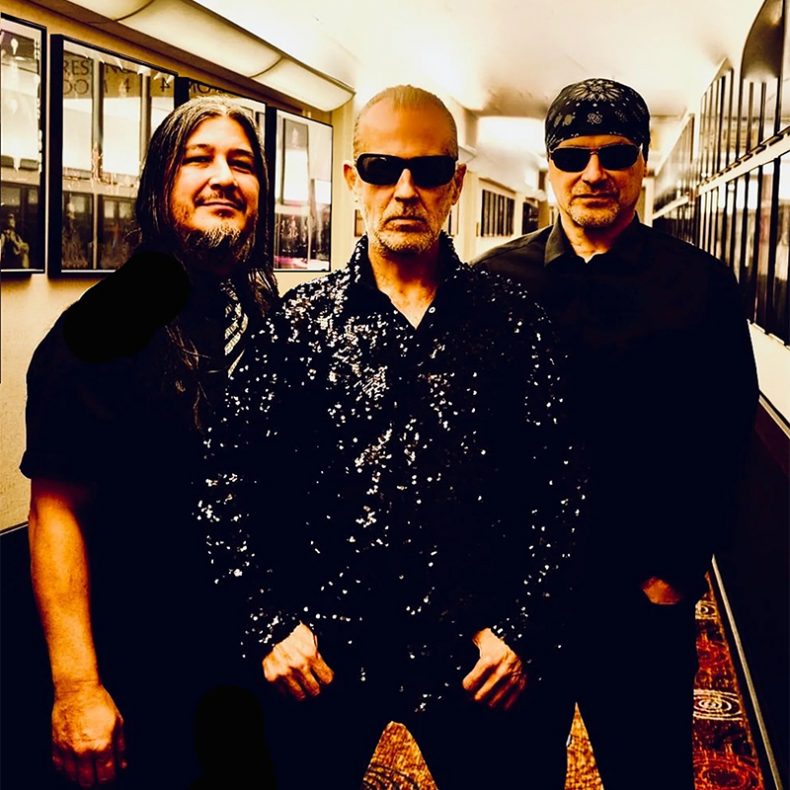 A CONVERSATION WITH IVAN DOROSCHUK OF MEN WITHOUT HATS

It has been almost a decade since the last Men Without Hats album Love In The Age Of War. And then in 2021 Men Without Hats released a brilliant CD EP, Again (Part 1), which has recently been followed by a full length album, Again (Part 2). “Fans kept asking for new music,” Men Without Hats Ivan Doroschuk told me during our recent conversation. “We have never been that prolific, so 10 years seems about right for us,” he laughs.

Men Without Hats was originally formed in Montreal in 1977 as a punk band but by 1980, Doroschuk was the only original member left and he regrouped with a new lineup, featuring his brothers Colin and Stefan, and keyboardist Jérémie Arrobas. Shortly after the new lineup was set, the band released their debut, a 10 inch E.P., Folk Of The 80’s which caught the attention of many fans and labels. Soon they were signed to Statik records in the U.K. and their debut album, Rhythm Of Youth, was released in 1981, featuring their first major, worldwide hit “Safety Dance”. The band would have member changes over the years and have more hits, including “Where Do The Boys Go?”, “Pop Goes The World”, and “Hey Men”.

When the current lineup of Doroschuk, his brother Colin, and Sho Murray, formerly of City Of Fire,  got together to plan for a new album, they started off by re-working older Men Without Hats songs. Ivan had started by playing the songs with just piano, but it morphed into something different. One of those new arrangements made it on to the E.P. Again (Part 1), released in 2021. The band and Doroschuk were happy with some of the arrangements, especially for a new version of “Safety Dance”, titled “No Friends Of Mine” on the EP. “It’s a version I think is cool. It touched a lot of people and I am glad that a lot of people understood what I was trying to do. I thought we should have done a video where I went back to the village 40 years later, and the jester was mayor of the village and married to the blonde, and they had a huge family that was a traveling band, like The Partridge Family style.”

Doroschuk confirms that we will get a chance to hear some other reimaginations of the older songs in the future, as about 12 songs were recorded. They also recorded many more covers that were not included on Again (Part 1). “We did quite a bit of stuff, more than parts one and two, Part 3 is already in the can, so there is a lot of stuff to come. It kind of lit a fire under us, we are eager to put out new stuff now. Even though we just put out a new record, we are anxious for the next one already.” 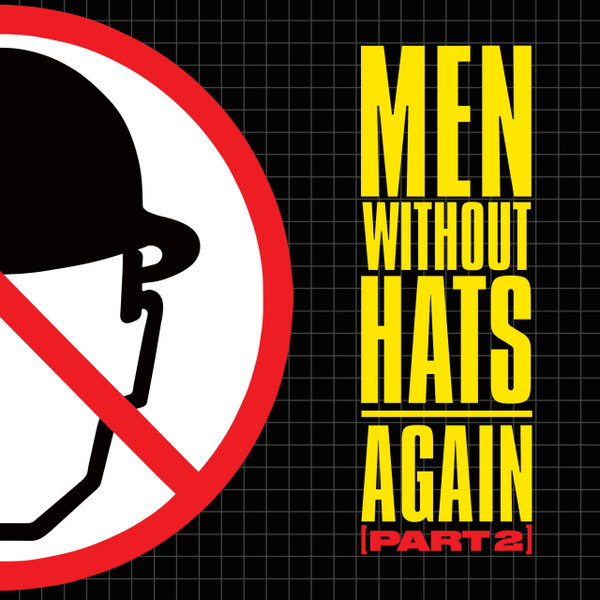 However, one cover version that was released was The Tragically Hip’s “Blow At High Dough”,  It is a song very important to Ivan. “I saw The Tragically Hip perform live on their first tour and they blew me away. I followed them ever since, got to meet the guys.  We did “Blow At High Dough” as a tribute to Gord. He was a great Canadian, a great person. A lovely human being”

However, Again (Part 2), is all originals but not necessarily brand new ones. “Being in the studio again, and working with a full band, we started writing new songs, and then we started going back and rooting around in the vault, and came up with unfinished demos that are from the Rhythm of Youth era. We found some stuff from the Pop Goes The World era, and we found stuff from the Sideways era. We started working on it and we didn’t have to add too much, finished some lyrics here and there, but kept the heart and soul of the demos we had. So that is how it ended up, partially some new songs and partially old songs. Then there are a bunch of songs that I wrote on the back of the tour bus for the past 10 years. We have been on the road, there is a lot of spare time when you are on the road, so I spent it recording and getting stuff down on tracks. It’s great now, technology allows you to keep those tracks and bring them into the studio. I’m into the new thing”.

Even though the songs have been collected together, the album has strong cohesive messages and themes. Doroschuk looks at love, growing old, and taking care of the world. “The songwriting spans about 40 years, so the fact that the album does have that cohesion, that’s the magic of studio I guess. We had a lot of fun making it, so that energy goes into it, which gives it that cohesion. Recording can be a bit stressful at times, but we had a blast. People I have played it for say it reminds them of Pop Goes The World, because of the themes. These themes are still being discussed, ecology, human rights, if we don’t start treating Mother Earth better, she is going to blow up.”

One song, in particular, looks as though it is a doomsday song, but it is far from that. “If The World Should End Today” is really, deep down a love song. “It was written about five years ago, a long time before all of what is happening today went down. I see it as a love song. It makes me think of my son, the first time I saw him, his face coming out of his mother’s body, head turned around and looked up at me. My personal world sure ended that day.”

During the past 10 years, the band has completed many tours, stretching around the world, some places for the first time. “I got a call about 10 years ago to bring the band back on the road, and since then we have been hitting more places than we did the first time around. We did South Africa, Australia, Scandinavia, places we never did for Rhythm of Youth or Pop Goes The World tours. We tended to focus on North America.” 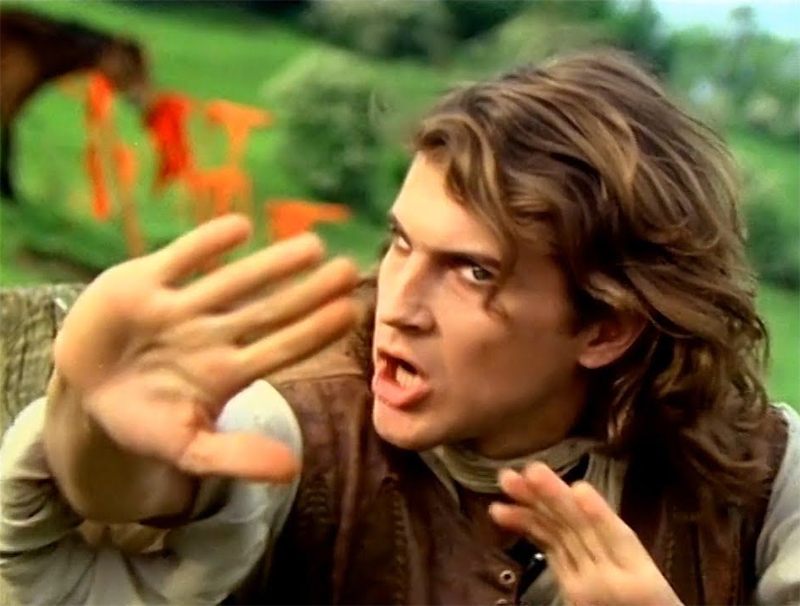 The current tours have become somewhat a chance for families to enjoy the music together. “We are seeing our original fans, and sometimes they bring their kids and even their grandkids. It’s just so great to see just how cross-generational the whole thing has become. I feel that I am blessed.

“I enjoy being on stage. I took a break for a little while but when we started up 10 years ago, I realized how much I missed it. I am glad to be back. I love being on stage and I love to perform and I am fueled by the smiles in front of me, that’s the main thing, seeing the happiness that is projecting onto me. That is one of the things that make it easy.”

In the 10 years since the last album, a lot has changed in the music industry, of which Ivan is aware. “The industry is so different than when I first started, it’s kind of gone full circle. I see the industry as a singles market and that’s kind of how The Beatles were when they first started. They would release single after single and after 10 singles slap them together on an album, then start working on more singles. That is not a bad plan for today. People, with all the different platforms, have access to songs, or singles, they don’t have to buy the whole record, So for me it is full circle.”

The band is also celebrating the 40th anniversary of Rhythm of Youth with a new tour. But did Doroschuk think that the album would have the impact it did forty years ago?

“When you are 20 years old, and writing songs, you think that everything you do is a smash hit,” he laughs. “So, back then I probably thought this is the best album ever and can’t figure out why everyone hasn’t caught on? But seriously, I am thankful, the people who put me here and keep me here are the fans. Shows like Glee have brought us a whole new generation of fans. My son found out who I was through the Crazy Frog video. When he was about eight years old, he came home from school and told me ‘Dad, my friends tell me you are the Crazy Frog’. It is so cross-generational that we are super lucky.”

Again (Part 2) was originally planned to come out a little differently. “The title is basically, ‘here we are again’. The album was originally going to be a double album and come out all at once, which is why it is part one and two. The record company decided to release them separately, which I think was a good idea. It gave people a little teaser about six months ago.”

And while it has a great many messages, Doroschuk sums up what he hopes fans get from the album. “Just enjoy it, enjoy Men Without Hats, and you can still dance if you want to.”

Born and raised in Whitby, Aaron discovered music through his love of The Beatles. This led to a career in radio, writing for various publications, and ultimately a radio show about The Beatles (Beatles Universe), which ran for over four years. When not immersed in music, Aaron enjoys spending time with the loves of his life -- his wife Andrea, and daughters Emily and Linda (all of whom have an intense love of music too).
RELATED ARTICLES
again (part 2)featuresif the world should end today
9.0

by Aaron Badgley on March 11, 2022
Men Without Hats Again (Part 2) Sonic Envy Last year, Men Without Hats resurfaced after a nine-year absence. Although they had toured, there had not been new music from them since [...]