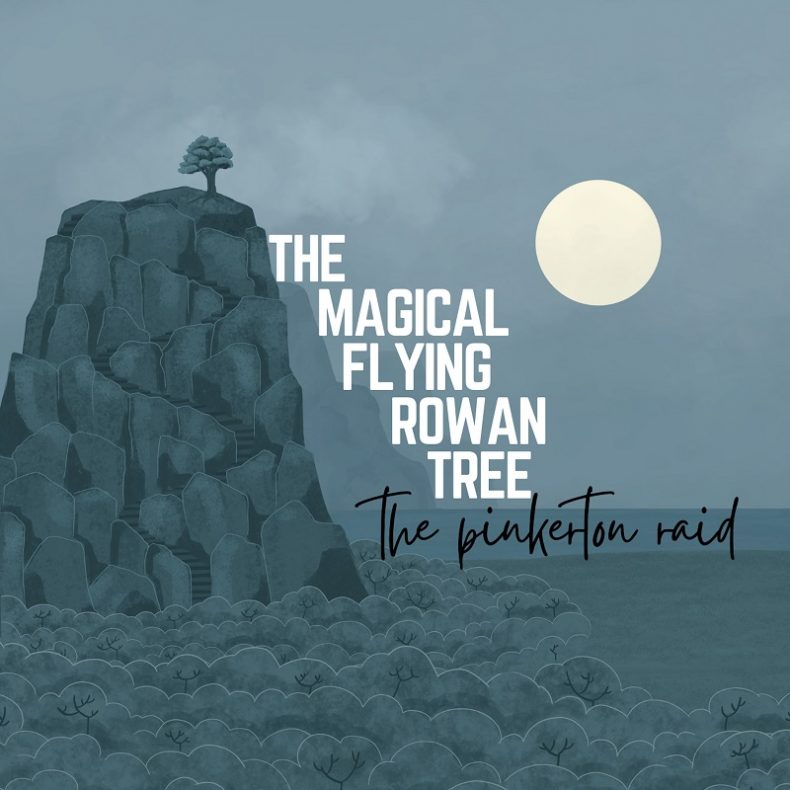 North Carolina outfit The Pinkerton Raid is skying high with their new single “The Magical Flying Rowan Tree” — a towering forest of indie rock with a timbre of folk that shadows Langhorne Slim, Cold War Kids, and The Killers.

Premiering today on Spill Magazine, it’s the latest single from the band’s upcoming album The Highway Moves The World — which is set to arrive sometime in 2022. Sprouting from the songwriting and vocals of Jesse DeConto, the Durham-based quartet is rounded out by Fleming Talton on drums, Derek Skeens on bass, and Luis Rodriguez on lead guitar, trumpet, and keys.

“There are legends in Norse, Celtic and Anglo-Saxon mythology about the rowan tree”, says DeConto. “In North America, it only grows in the coldest parts of the US and up into Canada. Down south here it’s called the mountain ash, and it only appears near the tallest peaks of southern Appalachia where it stays cold enough. The tree is supposed to ward off evil spirits and to serve as a window into the fairy world. There’s a version called a “flying rowan” that grows off the side of a cliff or out of the crook of another tree, and it’s extra powerful.”

“I didn’t know all of this when I gave my youngest kid the middle name Rowan”, the frontman of The Pinkerton Raid continues. “But when I learned about it, the mythology reminded me of how when he was a little kid and maybe the rest of the family started arguing about something, he would do something silly to interrupt and distract us — almost protecting us with his joy. I wanted to capture that magic in the song.”