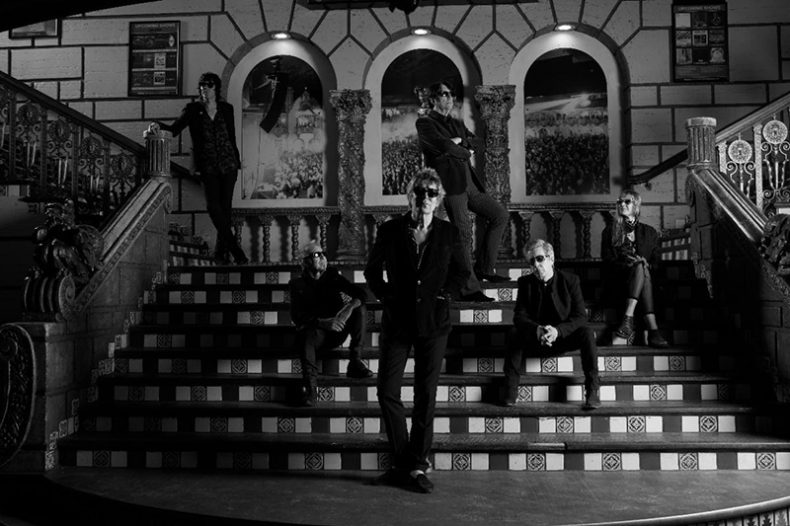 AND WHERE THE HELL ARE ALL MY FRIENDS?

A CONVERSATION WITH TIM BUTLER OF THE PSYCHEDELIC FURS

Tim Butler, along with his brother Richard, is the co-founder  of The Psychedelic Furs, a post-punk band that got their start in London in 1977. In 1980, they released the powerful debut album The Psychedelic Furs and the rest is, as they say, history. Throughout the 1980s, the band released a number of critically and commercially successful albums, such as Talk Talk Talk (1981), Forever Now (1982), Mirror Moves (1984) and Midnight To Midnight (1987). The list of classic songs just goes on and on: “Pretty In Pink”, “Dumb Waiters”, “Love My Way”, “Heaven”, “Heartbeat” and “Heartbreak Beat” to name just a few.

In 1991, following the release of their seventh studio album, World Outside, the band took a break that lasted longer than anticipated. “We were going to take a brief hiatus, but it turned into eight years,” says Butler. “We wanted to take a break in the ‘90s. I sort of got burnt out in the ‘90, but Rich and I did Love Spit Love. And then in the early 2000s, we were approached by an agent, who used to book our shows, about going on tour with The B-52s and The Go-Go’s. He wanted to know if we would be into trying out a 45-mns set. It was just to see if we could enjoy doing it again. That tour was a month and a half and we really enjoyed it. We enjoyed playing the songs again. When we got back together the songs sounded fresh again.”

One of those shows was captured for a live release, Beautiful Chaos: Greatest Hits Live, and one can hear the band enjoying themselves. It also featured a new studio recording, “Alive (For Once In My Lifetime)” which was the first studio recording in 10 years. It would be 19 years for more new music from the band. According to Butler, recording new music was the next logical step.

“When we got back together we talked about doing new material but we were sort of scared of doing it in case it didn’t stand up with Talk Talk Talk or Forever Now and our catalogue. But it came to the stage where we were exchanging ideas and we finally had 18 songs that we thought were good enough to be on an album. So we said, let’s do it. The time to do it is now. The band was playing really well together, a great bunch of players and we finally did it.”

The resulting album, Made of Rain, was released in July 2020. The first single, “Don’t Believe” was released in January of 2020, and the album was scheduled to be released in May to coincide with the tour planned. “We were really excited about going out,” says Butler. “And finally, after 30 years actually getting out and playing new songs for the audience and then the world shuts down. It has now been two years since we played together. Right now we are rehearsing in Chicago. It feels good to be back in the saddle again, but it was weird to get back to the band after a couple of years of not doing anything.” 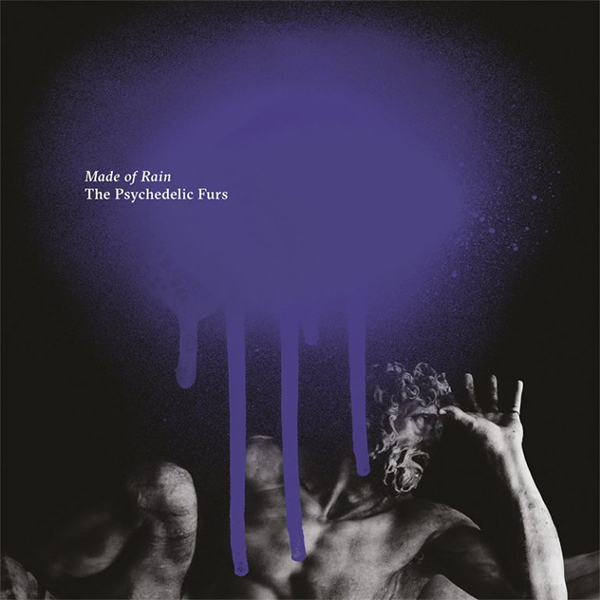 MADE OF RAIN ALBUM REVIEW

Unlike other bands who reunite with a handful of original members and session players, The Psychedelic Furs have welcomed and integrated new members Rich Good on guitar and Amanda Kramer on keyboards. And, although their sound is more contemporary, the band still sounds like The Psychedelic Furs. The new album, Made Of Rain has all the members contributing songs to the album. “We have the Psychedelic Furs sound ingrained in us and especially with Richard’s voice, because it can’t be anything else. The signature with this new album is that Rich Good, the lead guitar player, and Paul Garisto, the drummer wrote some song ideas, which is really cool because they brought their influences to the sound as well. It makes it sound newer sounding for the Furs, it still sounds like The Furs, but there are new influences coming in.”

Basically, this is the new Psychedelic Furs. The members came together and have formed a new incarnation of the group. “We’ve been touring together for quite a few years since we got back together and the guys in the band came into the whole thing wanting to please Richard and I, but also add their own take on things. They all contributed and gave their best to what they thought the perfect Furs album should sound like. If you just bring someone in and hire them for the tour, they don’t give their all but if they know they are part of the band and they are going to get publishing and stuff they put more into it.”

As the Furs prepare to embark on their tour, they have just released a new song, “Evergreen”. This is a wonderful track, recorded during the Made of Rain sessions, which would have sounded right at home on that album. “It keeps the album and band in people’s minds. To bring the fact that there is a new album out there and bring it to the front again. It has been a year since it came out and in this world of social media people’s attention spans are not great so it reminds everyone there is a new album out.”

Not that the band needs a great new single to remind fans, the setlist for the upcoming tour will remind everyone that, while The Furs have a history, their new album fits nicely in their astounding catalogue. “It is the tour you should have seen. A hefty chunk of Made of Rain and the classics, dare I say, the hits and almost hits from our other albums. We don’t get tired of playing things like “Pretty In Pink”. When we see the audience react to it, it is old new again.”

The Psychedelic Furs were one of the most influential and original bands to emerge from the late 1970s post-punk scene. The band is name-checked by new, younger bands and over the last couple of years their music has been in used in film and television.  “Love My Way” was featured in the award-winning Call Me By Your Name and “The Ghost In You” was featured in Stranger Things. As Butler says, “Pretty In Pink is on television almost every day it seems”. This creates a new younger fanbase, while keeping their old fans as well. The upcoming tour should be fantastic and will be welcomed by fans new and old.  But in the end, this is a band with an incredible history that still enjoys what they do.

“We are all really excited to get out there and not only play, but play new songs. To finally get to gig the new songs is great.”

Born and raised in Whitby, Aaron discovered music through his love of The Beatles. This led to a career in radio, writing for various publications, and ultimately a radio show about The Beatles (Beatles Universe), which ran for over four years. When not immersed in music, Aaron enjoys spending time with the loves of his life -- his wife Andrea, and daughters Emily and Linda (all of whom have an intense love of music too).
RELATED ARTICLES
cooking vinylfeaturesmade of rain

by Gerrod Harris on September 14, 2021
THE BAND IS EVERYTHING TO US A CONVERSATION WITH THE BRONX’S MATT CAUGHTHRAN Hailing from Los Angeles, CA, The Bronx has proven again [...]
9.0