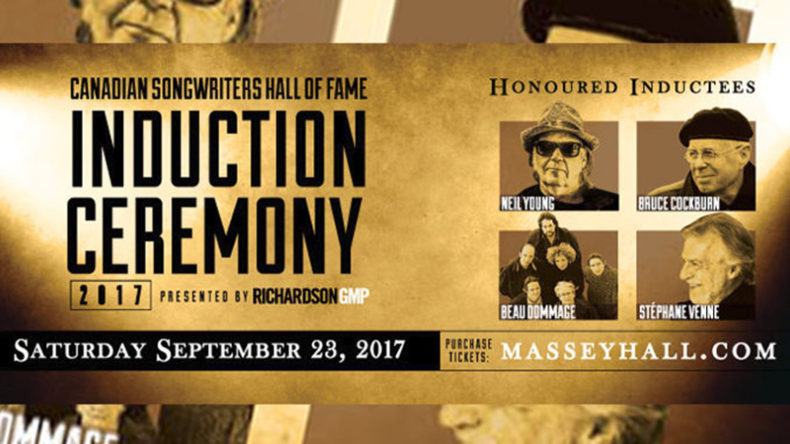 ENTER FOR YOUR CHANCE TO WIN A PAIR OF TICKETS TO THE CANADIAN SONGWRITERS HALL OF FAME AWARDS AT MASSEY HALL ON SEPTEMBER 23!

SUBSCRIBE TO THE OFFICIAL SPILL MAGAZINE NEWSLETTER BELOW FOR A CHANCE TO WIN A PAIR OF TICKETS TO THE CANADIAN SONGWRITERS HALL OF FAME – COURTESY OF SPILL MAGAZINE!

The Canadian Songwriters Hall of Fame (CSHF) honours and celebrates Canadian songwriters and those who have dedicated their lives to the legacy of music, and works to educate the public about these achievements. National and non-profit, the CSHF is guided by its own board of directors who comprise both Anglophone and Francophone music creators and publishers, as well as representation from the record industry. In December 2011, SOCAN (the Society of Composers, Authors and Music Publishers of Canada) acquired the CSHF. The Hall of Fame’s mandate aligns with SOCAN’s objectives as a songwriter and publisher membership-based organization. The CSHF continues to be run as a separate organization.

The Massey Hall show will be livestreamed at CBCMusic.ca and on CBC Music’s Facebook and YouTube pages starting at 7:30 p.m. ET on Saturday, September 23.

SPILL NEWS strives to keep our readers up to date with news and events in the music industry. We keep you informed of the most recent information regarding new releases, tour dates, and information items about your favourite artists.
RELATED ARTICLES
beau dommagebruce cockburncontest