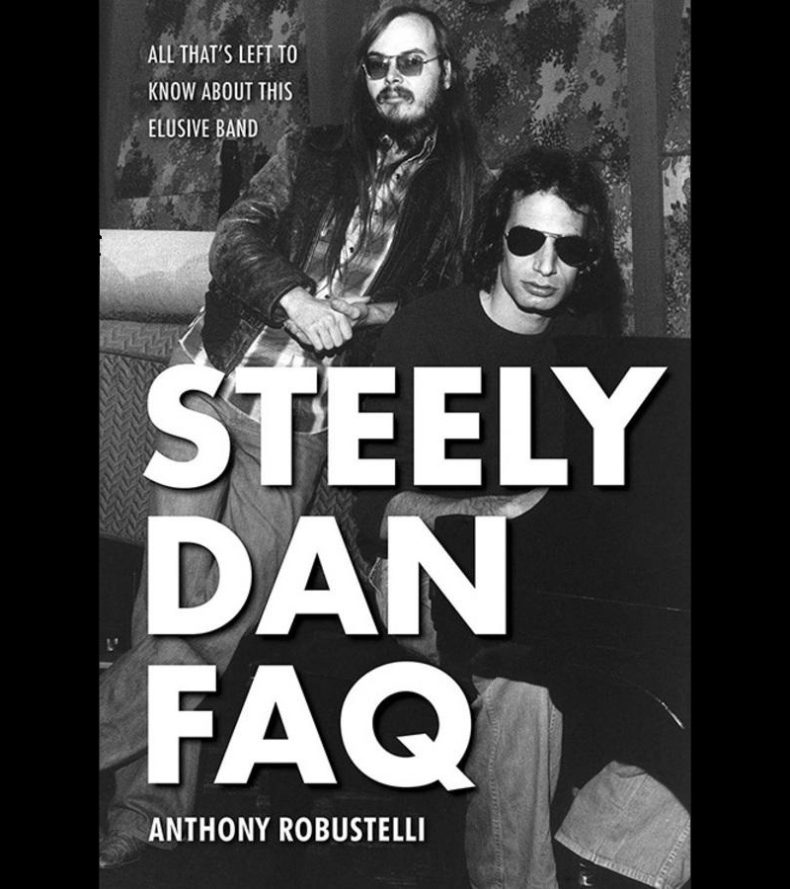 The first time I heard Steely Dan’s hit single “Do It Again” I couldn’t understand the lyrics  but loved the melody and just assumed it was a simple story about a love gone wrong again. Little did I realize, until reading Anthony Robustelli’s new book “Steeley Dan: F.A.Q.” that the cryptic lyrics were in fact a tale about a rapist and murderer who had been acquitted. This kind of quirky accent perpetuates Steely Dan’s music throughout their long and successful career. With monster hits in the seventies like the aforementioned “Do It Again,” “Reelin’ In The Years,” “Peg” and “Rikki Don’t Lose That Number” that would wind up selling over 40 million records.

It’s an unlikely but familiar story. Two introverted young musicians – Donald Fagen and Walter Becker — living separately in the outer Burroughs of New York and New Jersey hook up at Bard College in New York state’s Hudson Valley and begin writing together. A mutual love of music, weed, humour and politics bonded the two. After a campus drug bust involving Fagen, he and Becker dropped out of Bard and fulfilled their lifelong dream of moving to and living in New York City. Fagen would recall later: “It was filled with misfits just like us.”

After several starts and stops recording and playing with various jazz bands in New York, the two moved two LA and started doing session work there. It was in LA that they met the session musicians who would eventually make up the rest of Steely Dan. Known for their perfection in the studio, a Steely Dan album could take years to finiish, and perhaps this is why Fagen and Becker took many extended breaks from each other and the band over the years. 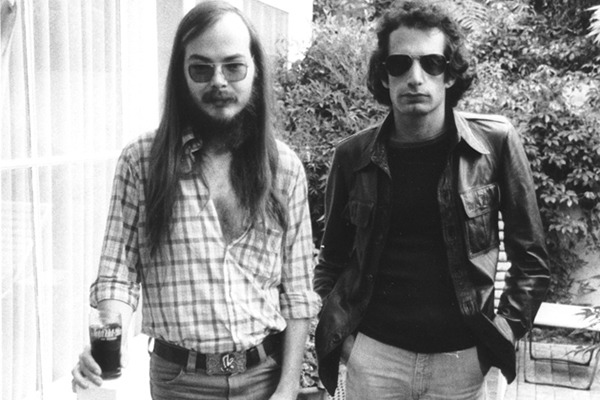 Surprisingly, after all the hits in the seventies, Steely Dan won their first Grammy for Album of the Year in 2000 “Two Against Nature” and the next year were inducted into the Rock And Roll Hall of Fame.

This book isn’t for anyone looking for gossip or scenes of debauchery related to the band.  However, if you want to know who played drums on “Rikki Don’t Lose That Number” this book’s for you. It probably has every answer to any question any diehard fan could have about Steely Dan.

Anthony Robustelli is a producer and musician and the author of I Want to Tell You – The Definitive Guide to the Music of the Beatles.He has a Bachelor’s in jazz performance and a Master’s in music education from New York University. Robustelli has played and toured with a number of national acts and owns a recording studio in New York City.

Gerry Young is President of Current Records and Management, and author of the 2011 biography Pop Goes The Weasel: Rock And Roll Off The Record, available at Indigo/Chapters, Barnes & Noble, and Amazon.com. He has recorded and managed Juno Award winning bands Martha And The Muffins and The Parachute Club among others.
RELATED ARTICLES
backbeat booksbooksdonald fagen

by Aaron Badgley on September 1, 2018
Dave Thompson – The Ultimate Guide To Vinyl And More: All You Need [...]