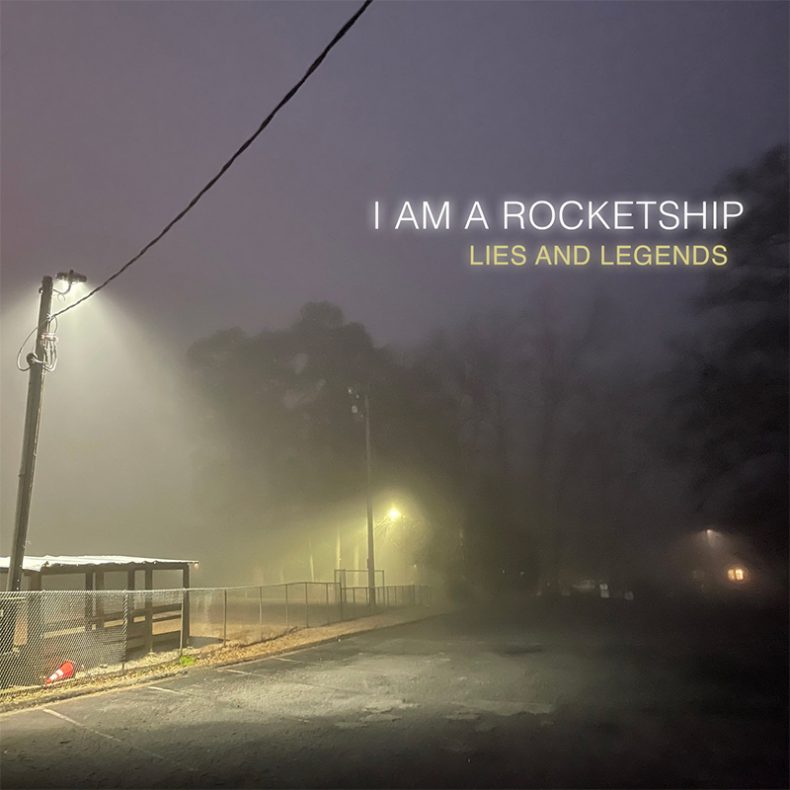 I AM A ROCKETSHIP – LIES AND LEGENDS

It hasn’t been long since Georgia-based duo I Am a Rocketship released their oRAnGE EP and Ghost Stories LP. But the American-Swedish dream pop aficionados have made use of what was otherwise a terrible year for most folks to write and record quite a collection of music that’s quite welcome to the ears.

10 tracks to be exact and, unlike their past material, the lyrics on this long-player addresses take a harder look at America, the pandemic and our modern society in general. After all, having more time on their hands than usual within the confines of four walls but with the proverbial window that is our television, they certainly had a lot of new subject fodder for new songwriting ideas.

Tracks “Fever Dream” and “What’s This For” and this whole album see the duo at the top of their game, this new offering coming to listeners with notable and striking drive – like some unexpected sonic lovechild of Tamaryn and Primal Scream. Fabulous! This LP is laced with frustration, sadness and rage over the rise of authoritarianism and accelerating environmental collapse.

Based in Atlanta, Eric Weissinger and L E Kippner mix smooth impressionistic lyrics and rock guitar with a dash of Dirty South beats and psychedelic bombast.

The album’s new bears direct reference to its content, noting that, in trying times, lies and legends often take precedence over reason and love. They give people hope, a feeling of belonging, and even frequently, a license to do terrible things in the name of their beliefs.

“When facts are scary, people turn to belief. I guess these are songs about faith, how it can be comforting, but blinding,” says guitarist and programmer Eric Weissinger.

As of November 11, the Lies and Legends album will be released digitally across all the usual platforms, including Spotify and Apple Music. It can also be ordered directly from the artist via Bandcamp at https://iamarocketship.bandcamp.com/album/lies-and-legends

I Am A Rocketship
Lies And Legends
(My Long Wknd)
Release Date: November 11, 2021