Live Reviews
9
906
previous article
SPILL ALBUM REVIEW: THE LOW ANTHEM - THE SALT DOLL WENT TO MEASURE THE DEPTH OF THE SEA
next article
SPILL TRACK OF THE DAY: WESTWARD - "EMPIRE OF DECEPTION" 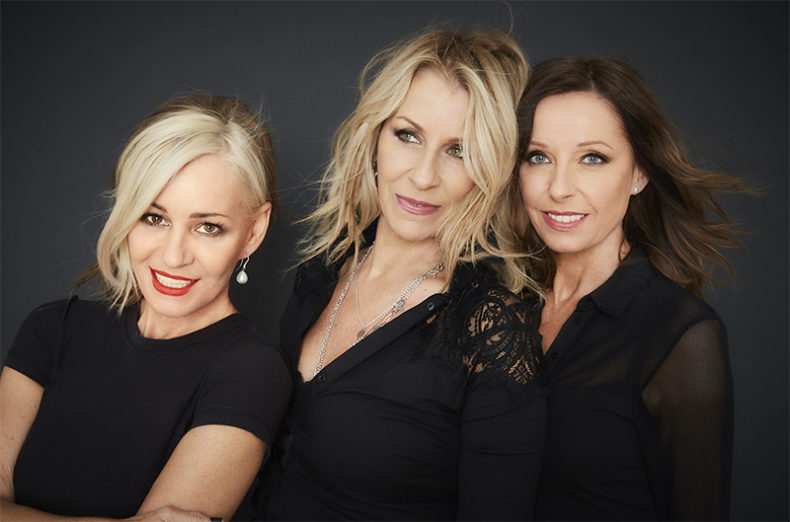 Bananarama comes to Toronto for the first time ever and greets a sold out crowd at the Danforth Music Hall during a February thaw. Immediately you notice that the crowd is made of people who could only be young in the 1980’s. If there were any teenagers, they looked like they were brought their by their mothers. Some of the patrons were sporting flashing devil horns as a part of Bananarama’s merch line. Not something you’d imagine from a band whose name has something as bright and yellow as “banana” in it, but still fun and cute! The venue was nearly full an hour and fifteen minutes before Bananarama came on. The opening act was DJ Lazarus providing background music until the band came on. He played 80’s hits like “Sweet Dreams” remixed with his own beats and merging into other songs. He also mentions some after party next door for first come first serve patrons.

Twenty minutes to 9, the DJ’s set ended and a single spotlight was used to illuminate the stage to reveal an LCD screen. At 9pm the lights are darkened and the supporting band of Bananarama begins a crescendo of an intro to create anticipation before Bananarama arrives. The three stars of Bananarama strike a pose under the LCD screen and come forward on stage and break out into their first song “Nathan Jones”. They wore black jumpsuits with glitter and crystals and they looked fabulous and fit! Their fifth song of the setlist, they played one of their biggest hits “Cruel Summer” which really loosened the crowd. Throughout all of their songs, their harmonies are greatly intact. In between songs they would make cheeky comments about people looking good or “it’s getting hot in here!”  It’s when they spoke that we were reminded that they are British. It’s funny how British accents disappear when singing. During one of their songs, bananas did appear on the LCD screen. Would have been surprising if they weren’t! The fans were dancing to the pounding synth pop beats or singing along to every word. The harmonized 80’s girl group wouldn’t be complete without a song featuring “doo-wops” (“Really Say Something”), a song with extreme disco vibes (Preacher Man), and synchronized dancing. Mid-set, the LCD screen began to display artistic renditions of their music videos. The girls were singing nearly synced up to the videos and doing some moves from the videos. The biggest songs of the night had to be “Venus” and “Na Na Hey Hey Kiss Him Goodbye”, their most famous covers. They had roaring applause that took moments to settle down. They exited with an encore of two songs. This is a show many fans were anticipating probably since the tour was announced. Bananarama could be as similar as 80’s pop groups like ABBA, but there is a certain chic, fearlessness, and certainty to their style and sound that separates them. A very successful show for fans and anyone looking for a fun, colourful time.

Vicki Mahony is taking her hobbies of concerts, photography, and ranting and putting them to good use! She is a live-music photographer and reviewer.
RELATED ARTICLES
bananaramalive reviewthe danforth music hall
9.0