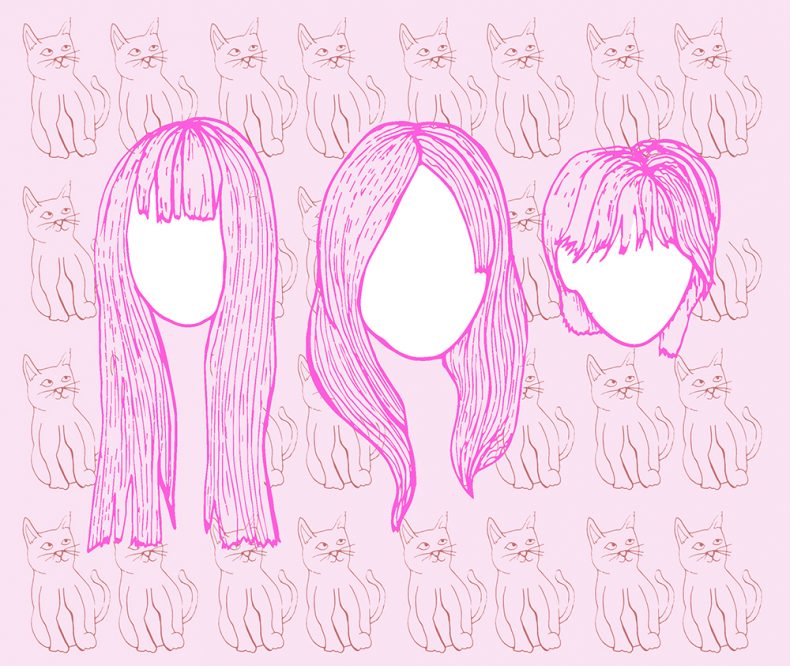 During the early-’90s alternative wave, veteran Japanese indie rock trio Shonen Knife made major fans out of alt-rock’s elite (Sonic Youth, Nirvana, and Redd Kross, among others) and built a solid worldwide cult following with their Ramones meets the Beatles brand of sticky-sweet punk-pop. Formed by Michie Nakatani (vocals, bass), Naoko Yamano (vocals, guitar), and Atsuko Yamano (drums), Shonen Knife started in December 1981 in their hometown of Osaka, Japan, where all three members were working as office clerks.

The band played its first real show in March of the following year. Soon after, they began issuing albums in Japan, including 1982’s cassette-only release Minna Tanoshiku (English translation: Everybody Happy?), 1983’s Burning Farm, 1984’s Yama No Attchan, and 1986’s Pretty Little Baka Guy (the latter of which was reissued with extra tracks four years later, under the title Pretty Little Baka Guy/Live in Japan). Although their records were only available in the U.S. via import, Shonen Knife struck a chord with the underground with a track that appeared on the Sub Pop 100 compilation in 1986. In 1989, a collection of alternative bands even recorded renditions of their favorite Shonen Knife songs for the tribute album Every Band Has a Shonen Knife Who Loves Them.

The first Shonen Knife release to be issued outside of Japan was a 1990 self-titled compilation that featured the entire Burning Farm and Yama No Attchan albums, as well as three tracks that were only previously available on the obscure Japanese comp Aura Music. Shortly thereafter, the group began touring America on a somewhat regular basis, supporting its 1991 release 712 with some dates opening for Nirvana just prior to the runaway success of Cobain and company’s now-classic Nevermind album. Now the hip band to name-drop, Shonen Knife signed their first major U.S. recording contract with Capitol, resulting in the release of one of their finest (and best-known) albums, 1992’s Let’s Knife. A year later, the group switched to the Virgin label, issuing Rock Animals, which would spawn a semi-popular MTV video with “Tomato Head” (even landing a spot on the network’s popular animated series Beavis & Butthead).

In 1994 the trio performed as part of the traveling alternative rock festival Lollapalooza and contributed a cover of “Top of the World” to the Carpenters tribute album If I Were a Carpenter, while Virgin issued an 18-track collection of rare tracks, Birds & the B-Sides, in 1996. Although they were able to greatly expand their U.S. fan base, Shonen Knife never obtained the breakthrough success that was expected by many, resulting in the group returning to the independents and issuing such further releases as 1997’s Brand New Knife, 1998’s Happy Hour, and the 2000 Japan-only release Strawberry Sound (which featured the band’s revamped lineup of Atsuko Yamano on bass and Mana Nishiura, who joined Shonen Knife after Nakatani left in 1999, on drums).

Vocalist Naoko Yamano was the only original member during the mid- to late 2000s, but even after 20-plus years and difficulties maintaining a consistent lineup, the band showed no signs of slowing. In 2005, Oglio reissued the band’s first four albums, and the band released Genki Shock in Japan; late that year, Nishiura was killed in a New Jersey traffic accident while touring with DMBQ. Both Shonen Knife and DMBQ performed at a tribute concert for Nishiura that was held in Kyoto in spring 2006, shortly before the U.S. release of Genki Shock. The band continued on with drummer Etsuko Nakanishi and bassist Ritsuko Taneda, releasing a live album and another full-length titled Super Group in 2009. A few months after completing 2010’s Free Time, drummer Nakanishi parted ways with the band, to be replaced by Emi Morimoto. After celebrating their 30th anniversary with a concert in New York, the Yamano/Taneda/Morimoto lineup released Pop Tune in 2012 and Overdrive in 2014.The year 2015 saw more lineup changes for Shonen Knife. In March, founding drummer Atsuko rejoined the band on bass, a reunion that was supposed to be a temporary gig while Ritsuko was away on maternity leave. However, Ritsuko did not return and Atsuko continued with the band. Months later, Morimoto announced her departure and was replaced by Risa Kawano (Brinky). In April 2016, the year of their 35th anniversary, Kawano and the Yamano sisters returned with Shonen Knife’s 19th studio album, the ’70s-rock-inspired Adventure, which featured the single “Jump Into the New World.”

Daniel is an illustrator/graphic designer based out of Austin Texas. He graduated from Pratt Institute with a Bachelors degree in Illustration and an Associates degree in Graphic Design. Daniel started his career in graphic design in the world of online casinos. Since then he’s worked with various clients from around the United States and Canada including but not limited to NHL, Subway, Paraco Propane, Pitney Bowes, Xerox, Conduent, Nestle Waters, The Spill Magazine, Stamford CT’s DSSD, Beechnut Baby Foods, Elizabeth Arden and much more.
RELATED ARTICLES
daniel adamsportraitsshonen knife