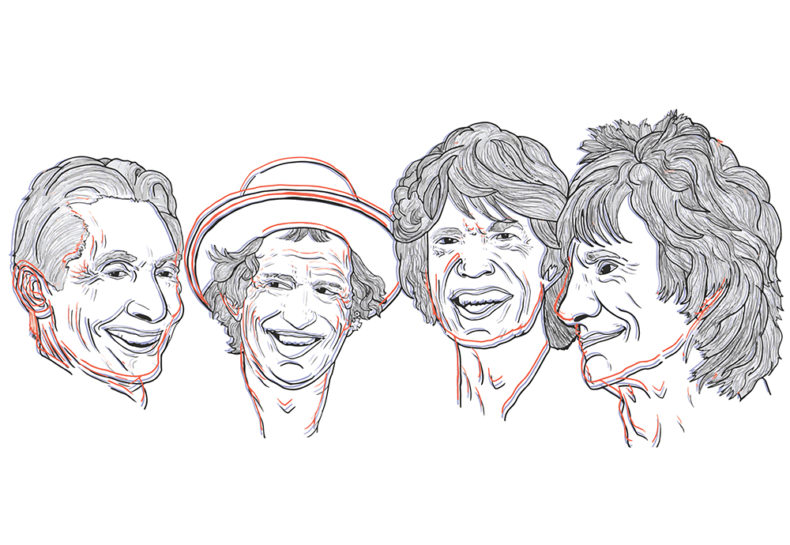 “After more than a decade without releasing a studio album, The Rolling Stones have made an interesting move. Blue & Lonesome is a full-length cover album and not including their 1964 self-titled EP, is something The Stones have never done. Blue & Lonesome is in fact the most daring move The Rolling Stones have made in decades and, in a way, is an experimental album for the band. It doesn’t see The Stones trying too hard to be contemporary, as we’ve seen them do many times before. In fact, Blue & Lonesome is quite the opposite of contemporary, hearkening back to the band in its earliest days. It’s easy to picture Mick, Keith, and Brian Jones trying to work out these classic Blues tracks in their tiny London flat.” ~Ryan Sagadore (Spill Magazine Contributor – Read The Full Article HERE)

Blue & Lonesome is a covers album by The Rolling Stones—their 23rd British and 25th American studio album—released on 2 December 2016. It is the band’s first album to feature only cover songs. It is their first studio release since 2005’s A Bigger Bang. “Just Your Fool”, a Buddy Johnson cover, was released as the first single from the album on 6 October. Eric Clapton has contributed guitar on two tracks.

Blue & Lonesome was recorded in just three days in December 2015. In April 2016, at the launch of the Rolling Stones career retrospective Exhibitionism, the band confirmed their new album due to be released “some time in the autumn”. Richards said the album would feature “a lot of Chicago blues”. Eric Clapton plays guitar on two tracks. Clapton was recording his own album in the same studio as the Stones were and was asked to play on a few tracks. The album is entirely blues-based, consisting of covers of artists such as Howlin’ Wolf and Little Walter.

This is the first album since Dirty Work to not feature any guitar playing from Jagger (who instead concentrates completely on vocals and harmonica) and also the first since It’s Only Rock ‘n Roll to not feature a lead vocal from Richards.

Daniel is an illustrator/graphic designer based out of Austin Texas. He graduated from Pratt Institute with a Bachelors degree in Illustration and an Associates degree in Graphic Design. Daniel started his career in graphic design in the world of online casinos. Since then he’s worked with various clients from around the United States and Canada including but not limited to NHL, Subway, Paraco Propane, Pitney Bowes, Xerox, Conduent, Nestle Waters, The Spill Magazine, Stamford CT’s DSSD, Beechnut Baby Foods, Elizabeth Arden and much more.
RELATED ARTICLES
daniel adamsportraitsthe rolling stones