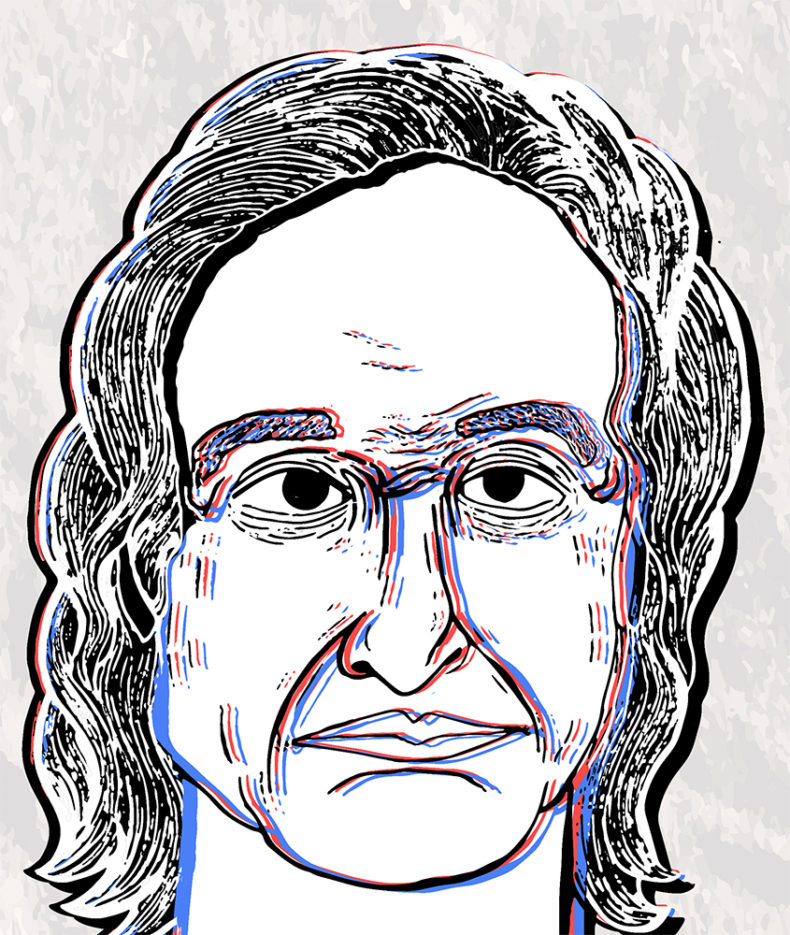 Lead singer for The Kinks, Ray Davies is known for his decades-long career in rock, hits like ‘Lola,’and ongoing feuds with brother and bandmate Dave Davies.

Ray Davies was born in London on June 21, 1944. He played his first gig with his brother, Dave Davies, at 16, and at 18 they formed the band that would become The Kinks. As the lead singer and songwriter, Davies wrote hits like “You Really Got Me” and “Lola” that earned the group a spot in the Rock and Roll Hall of Fame. In spite of feuds between the brothers, the band succeeded for 30 years.

Raymond “Ray” Douglas Davies was born on June 21, 1944, in London, England, the seventh child and first boy of Fred and Annie Davies. He got his first guitar from his oldest sister, Renee, at age 13 and his brother-in-law gave him guitar lessons. At 16, he performed his first show with his younger brother Dave, and the following year, they recruited two classmates to form their first band, The Ray Davies Quartet.

Ray attended Hornsey College of Art, but dropped out and returned home to resurrect the band. Fellow classmate Rod Stewart joined the band briefly, and over the next few years, they changed their name to the Ramrods, then Bollweevils and The Ravens, before signing with Pye Records in 1964 and settling on The Kinks.

In 1964, The Kinks released their debut album, which landed at No. 4 on the charts with songs like “You Really Got Me,” and “All Day and All of the Night.” The following year, they embarked on a tour of Singapore, Hong Kong and Australia. The band stopped over in India, and Davies’s experience there led him to write the song “See My Friends,” which incorporated Indian styles and was hailed as “extremely influential” by his musical peers.

Conflict was inherent to The Kinks. Davies and his brother had a contentious relationship from childhood, and their tension could both fuel and disrupt their musical pursuits. They weren’t the only ones fighting: While on tour in 1965, drummer Mick Avory knocked Dave Davies unconscious in the middle of a show, after Dave Davies insulted him and kicked over his drum set.

After this, they became known for rowdy on-stage antics, and in July the American Federation of Musicians refused permits for members of The Kinks to appear in concert in the United States. Later that year, Davies suffered a nervous breakdown, throwing the band’s future into question. He recovered in time to release The Kink Kontroversy, the band’s third album.

After being denied entry into the United States for four years, Davies flew to Los Angeles to negotiate the band’s re-entry into America, and shortly after, he wrote and released “Lola,” a song he’s now known for. He later had to change the song’s lyrics from “Coca-Cola” to “cherry cola” in order to get airplay on the BBC.

Two years later, the band set up their recording studio, Konk, and Ray Davies shifted gears creatively. He started writing theatrical-style music, like the rock opera Preservation, and later wrote Starmaker, a musical for Granada Television, which transformed into the album, The Kinks Present a Soap Opera. This lasted until band switched labels from RCA to Arista in 1976, when Davies abandoned his theatrical style and The Kinks morphed into a “stadium rock” band.

Their 1977 release, Sleepwalker, kicked off another era of straightforward rock music that earned them a packed U.S. tour schedule, and in 1981 they sold out Madison Square Garden. The band continued to record and tour for 15 years, and was inducted into the Rock and Roll Hall of Fame in 1990. The Kinks played their last concert at the Norwegian Wood Festival in Oslo, in June of 1996.

Aside from the lengthy Kinks discography, Davies has released five solo albums: the 1985 release Return to Waterloo (which accompanied a television film he wrote and directed), the 1998 release The Storyteller, Other People’s Lives in early 2006, Working Man’s Café in October 2007 and The Kinks Choral Collection in June 2009. Other People’s Lives was his first top 40 album in the UK since the 1960s, when he worked with the Kinks.[citation needed] In 1986 he contributed the track Quiet Life to the soundtrack of the Julien Temple film Absolute Beginners. The song was released as a single.

Davies published his “unauthorised autobiography”, X-Ray, in 1994. In 1997, he published a book of short stories entitled Waterloo Sunset, described as “a concept album set on paper.”[citation needed] He has made three films, Return to Waterloo in 1985, Weird Nightmare (a documentary about Charles Mingus) in 1991, and Americana (subtitled “A Work In Progress”) which was included on DVD with the Working Man’s Cafe disc release in 2008.[citation needed]

A choral album, The Kinks Choral Collection, on which Davies had been collaborating with the Crouch End Festival Chorus since 2007, was released in the UK in June 2009 and in the US in November 2009. The album was re-released as a special extended edition including Davies’ charity Christmas single “Postcard From London” featuring Davies’ former girlfriend and leader of the Pretenders, Chrissie Hynde. The video for the single was directed by Julien Temple and features London landmarks including Waterloo Bridge, Carnaby Street, the statue of Eros steps and the Charlie Chaplin statue in Leicester Square. The duet was originally recorded with Kate Nash. His first choice had been Dame Vera Lynn.

In October 2009, Davies performed “All Day and All of the Night” with Metallica at the 25th Anniversary Rock & Roll Hall of Fame Concert.

Davies was a judge for the 3rd (in 2004) and 7th (in 2008) annual Independent Music Awards to support independent artists’ careers.

Davies played at Glastonbury Festival 2010 where he dedicated several songs to the late Kinks’ bassist, Pete Quaife. Davies was seen to visibly almost break down in tears while singing an a cappella intro to the song “Days”.[citation needed]

A collaborations album, See My Friends, was released in November 2010 with a US release to follow in early 2011.

In 2011 Davies was “grounded” for six months following discovery of blood clots in his lungs[citation needed] After the malady Davies programmed the line-up for the upcoming Meltdown Festival in London. At the festival he performed a rendition of the Kinks’ Village Green Preservation Society album with the London Philharmonic and the Crouch End Festival Chorus. He was working on his second book: a memoir that Davies described as “kind of fictionalized”.

2011 also marked Davies’ return to New Orleans, Louisiana, to play the Voodoo Experience Music festival. Davies’ setlist included material by the Kinks and solo material. In autumn 2011, Davies toured with the 88 as his backing band. In August 2012, Davies performed ‘Waterloo Sunset’ as part of the closing ceremony of the London 2012 Summer Olympics, watched by over 24 million viewers in the UK, but which was subsequently cut by NBC from the US broadcast in favour of a failed marketing attempt for their upcoming show Animal Practice.

On 18 December 2015 Ray joined his brother Dave for an encore at London’s Islington Assembly Hall. The two performed “You Really Got Me,” marking the first time in nearly 20 years that the brothers had appeared and performed together. In April 2017 Davies released the ‘ album Americana. Based his experiences in the US it follows on from the short DVD, ‘Americana – a work in progress’ (found on the deluxe CD ‘Working Man’s Cafe’ from 2007), and his biographical book ‘Americana’ from 2013. A second volume is promised later in 2017. For his backing band on Americana Davies chose The Jayhawks an alt-country/country-rock band from Minnesota.

Daniel is an illustrator/graphic designer based out of Austin Texas. He graduated from Pratt Institute with a Bachelors degree in Illustration and an Associates degree in Graphic Design. Daniel started his career in graphic design in the world of online casinos. Since then he’s worked with various clients from around the United States and Canada including but not limited to NHL, Subway, Paraco Propane, Pitney Bowes, Xerox, Conduent, Nestle Waters, The Spill Magazine, Stamford CT’s DSSD, Beechnut Baby Foods, Elizabeth Arden and much more.
RELATED ARTICLES
americanadaniel adamsportraits

SPILL TRACK OF THE DAY: THE ACTUAL GONERS – “WIDE AWAKE”