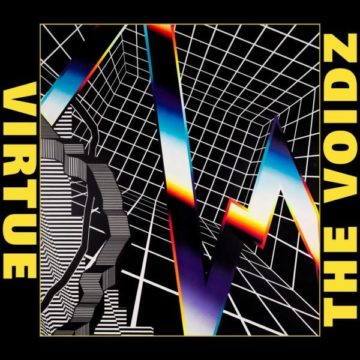 This is an album more than any other that I have experienced recently that forces the listener to consider their filters. The kneejerk, traditional subjective thinking of “I like this” or “I dislike this” is essentially rendered useless by the sprawling sonic insanity of this album, replaced instead with a more objective “what is going on?” or “what are they trying to do here?”.  That is ultimately to the album’s benefit as it forces the listener to actively listen and reflect; it is also, without a doubt, a testament to the band, their vision, and their writing process.

Interesting then that an album whose very foundation is musical wanderlust would begin sounding, at least initially with opening track “Leave It In My Dreams”, decidedly familiar. Almost as if Julian Casablancas needed to give listeners a dose of The Strokes before launching into everything that they are not. Perhaps this was also a purposeful reminder that Casablancas is not The Voidz on his own and that the band as a whole are responsible for every track that follows the opener.

The fourteen tracks that do follow (a 15-track album!) are an act in getting lost in the musical woods, pulled as much by nostalgia (“All Wordz Are Made Up” or “Permanent High School”) as pushed by possibility and technology (“Wink” or “QYURRYUS”). It doesn’t all come off, and overall song quality is always going to be challenged when the intention of the album is so obviously sonic exploration, but even if whole songs don’t always maintain their own quality, there are so many captivating moments that it’s an album that is all but impossible to not feel captivated by. Though there are plenty of great jumping in points on this album, if baptism by fire is your thing, start with the pairing of tracks 12 and 13, “Black Hole” and “Lazy Boy” respectively; they could not sound more different in feel while simultaneously sounding so similar in intention, and that may be the most telling snapshot of the album as a whole.

(Side note: “Just because something’s popular don’t mean it’s good” is a lyric that we could spend countless hours unpacking, and would be such an interesting concept to use as a filter for the album, no?  Sorry, I haven’t got the time, but give it some thought as you listen to the album).

If there are complaints to be made about this album it is about the overall tone (though perhaps ‘pitch’ is more musically accurate) in that it sounds purposely bright and almost tinny (especially guitar tone and cymbals), which is a sound that over an hour is very hard to endure. With so much production ad musical variety at their fingertips, it’s a shame that the band so often head for the same overall pitch.

This album is such a mix of sounds, influences, ideas, and disparate pieces all welded together that it is truly exhausting to experience, so much so that I could only listen to it in small pieces at a time. The time commitment may be great, especially considering the 15-track album length, but there is no question that it was also very rewarding.

Br. lives in southern Ontario, grew up on The Beatles and The Journeymen, spent his adolescence immersed in grunge, and his adulthood in British alternative. His greatest joy is seeing his son dance and grow into his own appreciation of the indescribable joy of music...
RELATED ARTICLES
album reviewscult recordsjulian casablancas
10