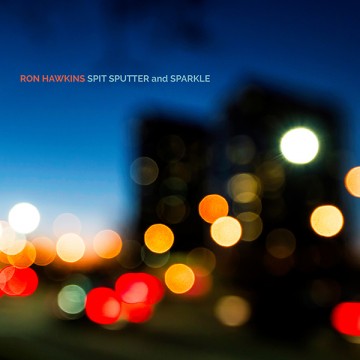 Hawkins doesn’t sputter on this album!

The Lowest Of the Low frontman Ron Hawkins skillfully crafts another album to whet the appetite of Canadian music purists with his 1­5th album of original material. As this preview album came across my desk (…ok, my inbox..), I was wondering, would this be ­along the same Hawkins vein of previous ones?

Serving as a great introduction to the album, “Beautiful Girl” positively radiates as Hawkins talks of a certain woman while a Harrison-esque guitar-crying country twang lurks in the background. Special mention goes out to the choral group’s “la la la”s on this track. As we continue onward, we come across “Sliver” and “Sunflowers,” which show some good Hawkins plucking to keep listeners interested in the lucidity of these songs. One of the more interesting tracks (and the longest) on the album is “Chrome,” which harkens memories of Radiohead’s “Creep,” infused with the chorus chords of Everclear’s “I Will Buy You A New Life” as the song slowly burns with an acoustic guitar and a haunting wall of sound that catapults us into heavy, fuzzy guitar riffs. Great hooks abound with “Swamp” as the keyboard, horns and interesting chord progressions enhance the forward momentum against Hawkins’ repeated pleas of “running for your life.” “Till It Kills Ya” gives us a nice bass pacing along with some interesting note choices on guitar, while “Sweet Simple Life” builds upon Hawkins’ prowess on guitar by yielding guitar bends aplenty, tempered with some vocal duetted call and response moments. Moving ahead on the release, while the title of the song “Strum and Drag” may not conjure up the thought of a masterpiece, Hawkins shifts gears with this fun and fast paced little ditty with looming sax! “10 Speed Girl” embarks upon its musical journey with a nice bluesy slide guitar as an oscillated voice keeps us guessing as to what will happen next. And guessing we did, as some adept piano ivory tickling adds to our delight, along with lyrics about the trials and tribulations of having the wrong type of girl around you.

A question that can be asked is, “Is this more of the same from Hawkins?” The answer to that is no. He straddles the line between the familiar juxtaposed with adding some new creative twists. The versatility Hawkins incorporates while stretching his cacophonous instrumental sounds on this album is quite good. It’s one of those albums that continues to keep your attention after numerous plays as Hawkins mixes rhythms / tempos / background instruments with catchy hooks, while displaying different aural layers and textures of sound which build in each song. Hawkins insists to not just have the guitar / drums / vocals carry a tune, as he initiates the piano, horns and violins / cellos into the mix.

His raw, virtuosic vocals are showcased on “City of Lies” with a multi-paced wall of sound (going from sedate to feverish) and some nice audile layerings and textures throughout. The sampled ending was an interesting touch to provide us with something different, and that’s appreciated. “Constellations” is the final coup de grace on the album where the best marriage of this track starts near the end, where the elatious, bravura orchestral fade around the three-minute mark with melancholic instrumentals of the cello / violins strewn about, which colours outside the lines. It thus brings us to a moving finale on a beautifully sad note, a wonderful bookend to a truly satisfying release.

The years have not dimmed the cogency of Hawkins’ music ability. At this point in his career (and having been in it for the long haul) with nothing left to prove, he shows us that even outside of The Lowest of the Low, his ongoing crafting of  a dynamic, creative musical identity should be applauded and revered. He shows no signs of slowing down even after more than 25 years of honing his trade. His melodic musings continue to establish himself as one of Canada’s greatest contemporary singer-songwriters (and treasure) with his distinct gravelly, husky voice on this unassuming, solid release.

Insert pretentious stuff about me here. I was born at a very young age. I am pretty, funny... without the comma. Easily distracte
RELATED ARTICLES
album reviewspheromone recordingsron hawkins
9.0