SPILL ALBUM REVIEW: THE BEATLES – LET IT BE (SUPER DELUXE) 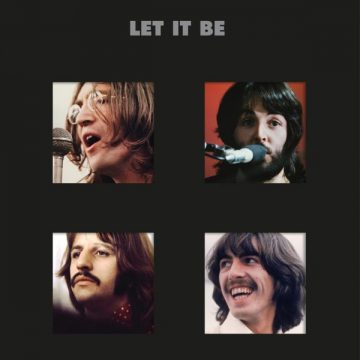 The history of Let It Be is a long and somewhat complicated story. Paul McCartney proposed that The Beatles return to their roots and become a strong four-piece unit once again and perform live. If not a tour, at least a one-off show. The intent was to film and record the rehearsals for the show, and release a documentary and a live album which would feature all new Beatle songs. It was, in many ways, a revolutionary concept. Much like Dylan going country, The Beatles felt it was time to drop the studio manipulation and get back to the basics. In fact, the new project was to be called Get Back, and it was preceded by the self-titled single released in April 1969 (credited as The Beatles with Billy Preston) with an album to follow. That album followed a year later and with a new title, Let It Be.

During the year, the tapes recorded by The Beatles were assembled and prepared as an album twice, one by George Martin and later by Glyn John. Both versions were ultimately rejected by The Beatles, although the Johns version came very close to being released. It is, in fact, included in its entirety in this box set. The tapes sat on a shelf while The Beatles went on to record Abbey Road. Finally Phil Spector was given the tapes and he reproduced the material for release in what became Let It Be. Ever since the album was released, fans have been divided over the album. I think it contains some of their finest material, while others see it as their weakest album. Certainly as their last album, it was not what fans expected or hoped as a final album. Especially following Abbey Road (which was recorded after Let It Be, but released before it), which was and is held in such high regard.

This box set goes deep into the material recorded in the studio, from which much of Let It Be is composed, albeit in very altered form. Phil Spector rejected the idea of The Beatles going back to their roots and created a wall of sound. Giles Martin has remixed and remastered the Spector version and he has done a fine job. Voices and the original instruments are brought forward and much of Spector’s orchestras and choirs are reduced in Martin’s mix. This is clearly evident in “The Long And Winding Road”, which McCartney disliked. Here, McCartney’s voice and piano are brought forward and the song sounds majestic. “Across The Universe” benefits from Martin’s remix as Lennon’s voice sounds clear as does the guitar. “I Me Mine” is also salvaged and has never sounded so bright and powerful. From the opening guitar of “Two Of Us”, these songs have never sounded so good. 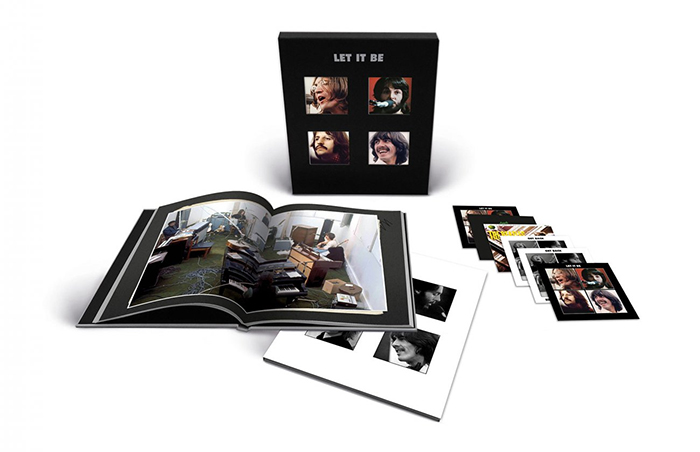 Also included in the box set are outtakes, rehearsals, jams, and previously unreleased songs, such as “The Walk”. The jams and rehearsals are fun and informative as well. For example, it is a treat hearing Harrison sing “Wake Up Little Susie” as he goes into take 11 of “I Me Mine”. An early version of “Dig It” (here titled “Can You Dig It?”)  sounds fantastic to hear and discovering “The Walk” is almost worth the price of admission alone. The “Oh Darling” jam is breathtaking, while Ringo Starr gets to showcase a song he is working on (“Octopus’s Garden”), with George offering some assistance.

As noted, Glyn Johns’ original mix is found here in the set. His version of Let It Be was more faithful to the original idea, of The Beatles stripped down. “Don’t Let Me Down” has never sounded more earnest and the jam sessions edited together here work perfectly. Clearly, although they were breaking up, The Beatles were still having some fun, just listen to “Maggie Mae”.

Disc five is a short EP featuring songs that did not seem to fit elsewhere, such as Martin’s remixes of the single versions of “Don’t Let me Down” and “Let It Be”, plus two previously unreleased Johns remixes of “Across The Universe” and “I Me Mine”, which must be heard to be believed. There is a Blu-ray disc of Let It Be mixed in 5.1, and it sounds glorious.

Add to the music a beautiful package, including an informative hardcover book, with previously unseen photos and you have an incredible box set. I remember getting the original box set in 1970 with a book as well. This book is much better and does not fall apart as soon as you open it.

The Beatles and company have done it once again. This set is as good as any of the previous box sets and perhaps the best way to end the series. Some may be upset that the rooftop concert is not included, and some may be even questioning other absences, but forget what’s not there and enjoy what is available to enjoy. There is a lot in this set and well worth the time and effort in listening. Perhaps this allows a rethink of Let It Be, and it can be enjoyed as the classic it is.

SPILL ALBUM REVIEW: THE BEATLES – LET IT BE (SUPER DELUXE)