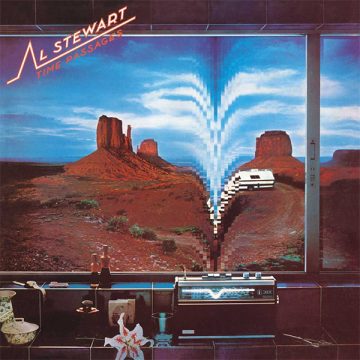 Last year Esoteric Records, with help from Al Stewart, released the 45th anniversary edition of Year Of The Cat. It only makes sense that his follow-up, Time Passages, receives the same treatment. Alan Parsons, producer of the original album, has returned to Abbey Road studios to remaster the album, which includes a 5.1 remaster for the bonus Blu-ray disc.

Much like Year Of The Cat, mellow is the name of the game and in some ways one gets the feeling he was trying to go for another hit, especially with the title track. He succeeded. The song was a top ten hit, and the album followed suit. In other ways he was experimenting a little with his new-found success. In the end, he also succeeded in making a great album that has stood the test of time.

Time Passages is a bona fide classic. The album is full of memorable and extremely well-written and recorded songs. Stewart, in whichever style he chooses to write, composes incredibly melodic songs. He also comes up with great lyrics, and although he states clearly in “Time Passages” that “Well I’m not the kind to live in the past”, he clearly is aware of the impact of the past. He set himself apart from most of the contemporary writers of the time by writing about Sir Thomas Moore (“A Man For All Seasons”), the French Revolution (“The Palace of Versailles”) and the Mary Celeste in “Life In Dark Water”.  Not the usual stuff of pop music of the time. He may not be living in the past, but he was well aware of it. 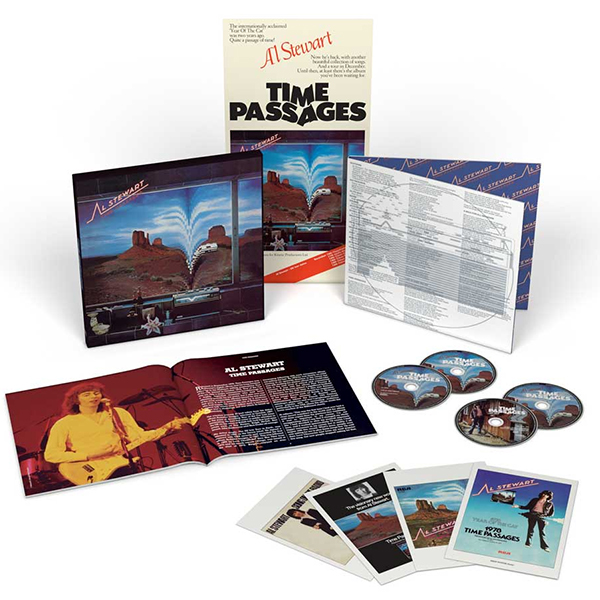 Parsons did a fantastic job in producing Stewart, while Stewart himself makes excellent use of different styles. “Life In The Dark” is prog rock, beautifully-layered, and uses sound effects sparingly and effectively. “Timeless Skies” is a folk-based song jammed full of imagery. The title track is pure middle of the road pop. The album seems to have something for everybody. You may think you know what to expect, but Stewart continues to throw out little surprises.

There are two bonus discs featuring single remixes of the singles, demos and live recordings. Also included is the original demo for “Tonton Macoute”, which is, to these ears, better than the completed version. The live tracks demonstrate how effortlessly Stewart was able to reproduce this album on stage, using many of the musicians on the actual studio recording. The live set (broadcast on radio and recorded live in Chicago in 1978) also includes older hits (“Year Of The Cat”) and classic Stewart songs (“Roads To Moscow”).

The set is nicely put together, with an informative book, photos and even postcards. It is an extremely well thought out re-release with plenty for fans to enjoy. Non-collectors may also discover that Al Stewart is someone they may want to investigate further. Time Passages has stood the test of time, and this re-release demonstrates why it has become a radio staple even all these years later.

Born and raised in Whitby, Aaron discovered music through his love of The Beatles. This led to a career in radio, writing for various publications, and ultimately a radio show about The Beatles (Beatles Universe), which ran for over four years. When not immersed in music, Aaron enjoys spending time with the loves of his life -- his wife Andrea, and daughters Emily and Linda (all of whom have an intense love of music too).
RELATED ARTICLES
al stewartalbum reviewalbum reviews

by Judi Cuervo on October 11, 2022
ON THE BLUE…A ROCK & ROLL FANTASY COME TRUE! THIS CLASSIC ROCK MUSIC CRUISE LETS YOU SAIL WITH ROCK LEGENDS In 1976, when I started cruising, I’d never have believed that [...]