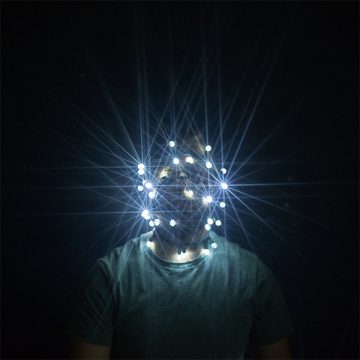 Six years to come up with a debut album? You either had a hard time making your music, or you are painstakingly taking your time, taking a hard look (and listen) to every chord in your music and word in your lyrics like Leonard Cohen. Listening to Fixed Memory, the debut album by Glenn Echo, you don’t have to wonder. You are sure that latter is the cases.

Behind the Glenn Echo Moniker lies one Matt Gaydar, who decided back in 2015 to start the project, after he studied classical composition in college. And not unlike Cohen or Peter Broderick, another classical music alumnus, Gaydar seems to go that painstaking way of looking at every minute detail of his music before he commits it to master tape(s).

Is the music on Fixed Memory something you have never heard before? Not really, but that is not the pertinent question here. Sure, we’ve all heard this kind of gentle alt-folk, particularly in recent times with artists like Big Thief or José González. But the thing is with tracks like “Snowing.” or “Moon Seems Lost” Gaydar/Echo certainly reaches the quality level of the above-mentioned artists and that is quite an achievement in itself.

But Echo is no mimicker, he doesn’t try to resemble anyone, he seems to just be trying to be himself, inject something personal into his music and to which he succeeds without a problem.

“Music is a language when it comes to emotions,” explains Gaydar. And he gives that same explanation through his music too.