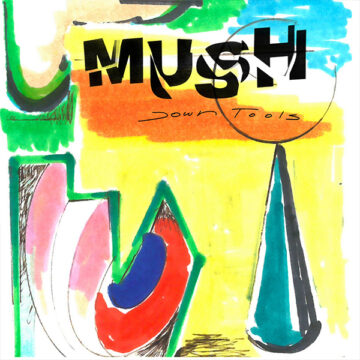 Since their first release three years ago, Leeds quartet Mush have been pushing it hard, coming up with three albums in as many years, having just released Down Tools, being that third one.

At the same time, they have been making waves, particularly in the British music press, touted as the next big art rock thing.

Now, we can debate until tomorrow what art rock actually is, but it seems that these four guys (Dan Hyndman – vocals/guitar, Phil Porter – drums, Nick Grant – bass, Myles Kirk – guitar) have picked up some of the better ques from a wide spectrum of post-everything acts, starting from Pavement (“Karoshi Karaoke”) to King Gizzard and The Wizard Lizard (“Get On Yer Soapbox”).

Essentially, the guys have some very tight chops that move everywhere, sometimes within one song with some excellent guitar work from Hyndman and Kirk and no less rhythm patterns to match from Porter and Grant.

Now, some would say that art rock is just a nicer name for progressive rock tendencies that is less pretentious. But the thing is quite simple here – Mush come up with some quite impeccable melodies and playing on Down Tools. Hopefully they will continue their fast-running pace they established.

Formerly a lot of things, including a journalist and a translator, currently a freelance writer living in The Netherlands.
RELATED ARTICLES
album reviewalbum reviewsmemphis industries
9.0