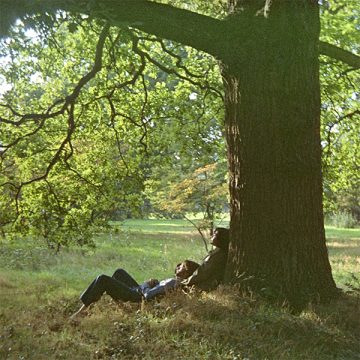 Reviewing a reissue or rerelease is never really easy. For me, there are a few considerations. Does the album deserve to find a new audience? If so, is the extra material really necessary? In this case, the answer to both questions is a resounding yes! John Lennon/Plastic Ono Band is John Lennon’s first real solo album. He had released three very experimental albums with Yoko Ono, and one live one before this one was released in December, 1970. Although it is more conventional in song structure, it is every bit as experimental as anything Lennon had released up to that point.

Long before Dylan, Nirvana, Neil Young, Joni Mitchell or Pink Floyd, he had released an album of intensely personal material. Of course this was written and recorded during his ‘primal’ therapy, but Lennon goes beyond it and lays it all out for everyone. This is a stark, brave, private album. From the death of his mother (“Mother” and the emotional “My Mummy’s Dead”), to the breakup of the Beatles (“God”), to working class struggles (“Working Class Hero”) to establishing a relationship with Yoko (“Look At Me”), it is all here, all the emotional baggage he carried.

Lennon works with a minimal band, featuring Ringo Starr on drums, Klaus Voorman on bass, and himself on guitar and piano. And the music, like the lyrics, is bare. There is little symbolism here, as he writes about himself and speaks directly to the listener. It is uncomfortable to listen to. 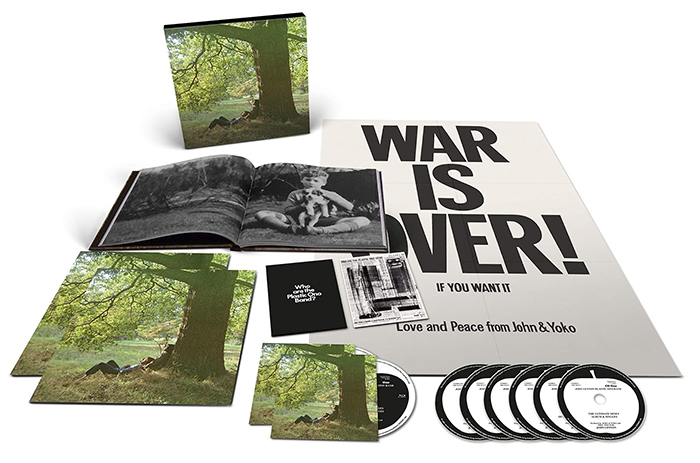 This is not the first time the album has been rereleased with bonus material, nor is it the first Lennon album to receive the box set treatment. Imagine was expanded last year, and now it is Plastic Ono Band’s turn. Demos, alternate takes, outtakes, and everything in between is here, along with a 5.1 mix on Blu-ray. The demos and outtakes are fascinating to see how a song develops and changes, such as “Remember”, and some pretty cool jams as the one at the end of “Well Well Well (Take 2)”. One also gets to hear Lennon and the band take on some classic rock ‘n’  roll oldies on “Johnny B. Goode” is fun. There are also fantastic live outtakes from Yoko Ono’s companion album, Yoko Ono/Plastic Ono Band, including three never before released songs. This stuff is so ahead of its time and sounds exciting today. The energy is astounding.

This album marked the end of a decade, and the start of a new one. Each Beatle released an album in 1970, and all four could not have been more different. Where Harrison offered spiritual and loving hope, McCartney revealed his domestic side, and Ringo shocked everyone with a country album and an album of old standards, long before any other rock star did it, Lennon delivered an album full of honesty and pain. The new stereo mix sounds great, and the bonus material is excellent. But at the heart of the huge set is a simple, yet extremely powerful album. An album that has not only aged well, but kicked down some doors and paved the way for many, many artists. John Lennon/Plastic Ono Band was a revolutionary moment in music, and Lennon allowed himself to be vulnerable, both musically and lyrically. It is about time his catalog gets this treatment, and I only hope there are more to come.