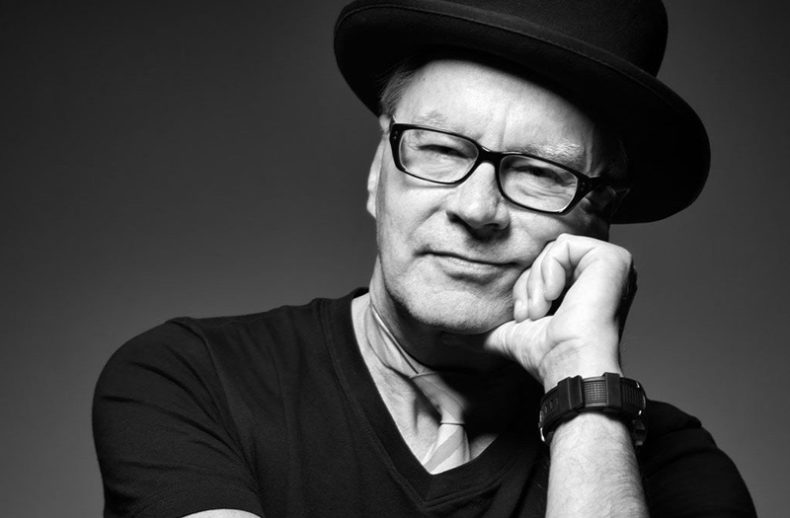 A CONVERSATION WITH WALTER LURE OF THE WALDOS

Walter Lure is back, and he has a new album with his band, the Waldos, his first album in nearly 25 years. But, according to Lure, he has not been anywhere. He has been working and playing music. “I have been playing in New York since the 1990’s. I have also played in L.A. So, I haven’t gone anywhere, I just have not put out an album,” says Lure during our recent conversation.

Walter Lure is a musical icon. In fact, he is a legend. When Johnny Thunders (vocals/guitar)  and Jerry Nolan (drums) left The New York Dolls in 1975, they met up with Richard Hell (bass), who had just left Television. They formed a band, and invited Walter Lure (guitar/vocals) to join as a member of the group, The Demons. The result was Johnny Thunders and The Heartbreakers. By 1976 Richard Hell was out and Billy Rath was in, and it was that lineup that the band recorded their debut and only studio album L.A.M.F. in 1977 (the letters stand for “Like A Mother Fucker”). The band also opened for The Sex Pistols on their infamous and ill-fated Anarchy tour.

“You know during the Anarchy tour we spent a lot of time in hotels because of all the cancelled gigs. We were stuck in hotels all night, and really the only thing to do was go into the bars and get drunk.”

Lure also wrote an answer to the Sex Pistols song, “New York” (from Never Mind The Bollocks, Here’s The Sex Pistols, 1977) in the form of the song “London Boys”. Lure and his band The Waldos have re-recorded “London Boys”  for the new album, Wacka Lacka Boom Bop A Loom Bam Boo. “I have been playing ‘London Boys’ at most shows. It is easy to do since I wrote it 40 years ago. We thought the Pistols were making fun of New York so we wrote “London Boys”. It is the only song Johnny and I wrote together. We put it out 40 years ago but I have been playing it all along. It is fun to do, it brings me back those times.” “We never got a reaction from The Sex Pistols. I was on Steve Jones’ radio show a few years back, and he never mentioned it. And I did a tour with Glen Matlock, and again no mention. I don’t see Cook or Rotten. Actually I ran into Rotten but no mention of ‘London Boys’”. 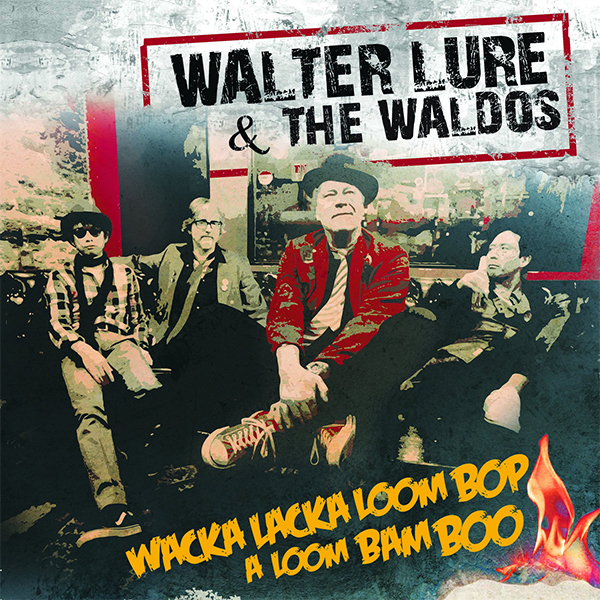 The new album Wacka Lacka Boom Bop A Loom Bam Boo does come with a rather unique album title. And the title does not necessarily reflect the theme of the album. “The title comes from the  last line of the song “Wham Bam Boo” on the new Waldo’s album. I wrote it. It also refers to Little Richard and all the old rock and roll. The album is just a bunch of good songs, not really a theme. I mean there is no drug theme, or nothing to tell you to go rob a bank or anything. It is just a bunch of good songs. L.A.M.F. was part of the punk movement.”

That statement begs the question about the current punk scene today. “There is not really a scene anymore. I may be generalizing, because there are still some bands playing. But we had Max’s and CBGB’s. New York in 2018 is all about the money, but 1976 New York was hell. It was not just music, it was a lifestyle. Bums on the street, bodegas on every corner, sleazy little delis, selling drugs on the side and punk mirrored this. So there really is not a scene. But I have heard some bands I really like, like Ming City Rockers. I heard their album, and thought it was from the 1980s or ‘90s but it came out 2014. They are a breath of fresh air.”

The Waldos is a band that came out of the ashes of The Heartbreakers, but since then there have been numerous changes. “The Waldos went through several incarnations until the present lineup was formed in 1996.” The current lineup includes Joe Rizzo (drums and vocals), Tak Nakai (guitar and vocals) and Takanori Ichiuji (bass).  The whole band contributes to writing the songs as well. “We also do three covers on the album, including a “You Talk Too Much”, which is a Syringe cover.

The Waldos first studio album was released in 1994 (Rent Party). That is a long time between albums. “The first Waldos album was recorded over a long weekend, the only time I had off from work. It was a lot quicker than this new album. I retired three years from my day job and I had time to record the album. No one made any offers to me for an album. Basically I did not want to release an independent album. I was approached by the president of Cleopatra Records. So I am getting back into it.

Even though there is a new album, his history is always present. One song off the new album, “Crazy Kids” is featured in a new movie about Johnny Thunders (Thunders: Room 37). “I got in on the back end of that. The producers heard it and put it into the movie.  They interviewed me about Johnny and his last few days, and the movie is about that. They did a pretty good job.”

It is 2018, and although he has not really gone anywhere, Walter Lure is back with The Waldos.  “I don’t think there are any expectations. Maybe a few in New York. But it is not like 25 million people are waiting for this album. But so far there has been a lot of positive reaction and I will be happy when it is released. It is an album from a forgotten genre.”

Born and raised in Whitby, Aaron discovered music through his love of The Beatles. This led to a career in radio, writing for various publications, and ultimately a radio show about The Beatles (Beatles Universe), which ran for over four years. When not immersed in music, Aaron enjoys spending time with the loves of his life -- his wife Andrea, and daughters Emily and Linda (all of whom have an intense love of music too).
RELATED ARTICLES
crazy kidsfeaturesheartbreakers
7.0

by Aaron Badgley on August 17, 2018
Walter Lure & The Waldos Wacka Lacka Loom Bop A Loom Bam Boo Cleopatra Records It has been almost 25 years since Walter Lure has released a studio [...]