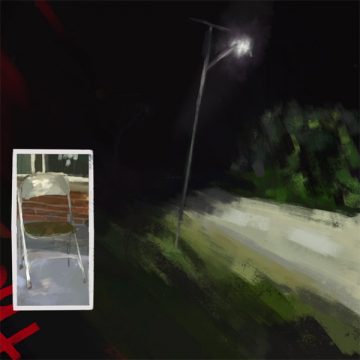 Such is the restless spirit and the waves of creative energy that accompany all of the Car Seat Headrest’s releases that for this album every song has been recorded twice separately: once with conventional instruments, as was the approach for all of the bands previous releases, and once with mostly electronic and synth-based equipment. This was done under the guise of 1 Trait Danger, a side project that features both Toledo and drummer Andrew Katz. The result is an album that explores all-new territory and equally all-new possibilities both sonically and vocally. Obviously, when experimentation on this kind of scale is the driving force behind an album’s creation, not all of the results are flawless, but when it all clicks, this is an album that is both memorable and awe-inspiring.

Such was the unique nature of the recording process for this album, many versions of the same songs were recorded; instead of choosing one and running with it, the band decided to release all of them in different formats: physical copy, promo release, vinyl version, and digital release all carried slightly different tracks and differently-ordered track-lists.

The four tracks that were released in advance of the May 1 release date are all standouts, of that there is no question, but all of them for very different reasons. While “Can’t Cool Me Down” introduced listeners and fans alike to the electronic aspects of this new direction, “Martin” felt more like a return to past form and is unquestionably one of the album’s and the band’s finest songs to date. “Hollywood” was another interesting step in a new direction, not least because the vocal weight was shared amongst the band members. The final release, “There Must Be More Than Blood” was likely the most indicative of the rest of the album’s sonic pallet. Running over seven minutes, like many of the band’s most memorable songs, this is a song that blurs the lines between past and present Car Seat Headrest, carrying all the emotional weight and storytelling but with a much-evolved musical soundscape.

Amongst the remaining seven tracks, there are a few misses but more than just a few absolute triumphs. Album opener “Weightlifters” is Toledo at his lyrically-potent best, in spite of the unnerving intro, while both versions of “Deadlines” are transfixing listens that explore all of the possible boundaries of the band’s new approach to recording.

If simplicity is all that you’re after then you could assume that this is an album that focuses on one narrative, that being the band’s evolution from a creative outlet for Toledo with a small and devout following to a now well-recognized and critically-acclaimed band with an international audience, complete with all of the discomfort of having fame and all of its complexities thrust upon you. Simplicity has never been a defining characteristic of Car Seat Headrest though, a fact that is obvious upon listening to any of the band’s previous work. Viewing Making A Door Less Open through that lens then is no more accurate (or helpful) here. There is so much to experience on this album, so many layers, so many possibilities and that is truly the most memorable aspect of it. It is more of an open channel and less of a well-tried convention, Making A Door Less Open has actually worked in the opposite direction to its title, opening the band to any direction that it chooses going forward. This kind of obvious talent, this type of restless creativity, will continue to evolve and blossom, often in directions that defy both convention and predictability. Keep doing what you’re doing Car Seat Headrests, because it’s brilliant, and more importantly, it is urgently, authentically, you.

Br. lives in southern Ontario, grew up on The Beatles and The Journeymen, spent his adolescence immersed in grunge, and his adulthood in British alternative. His greatest joy is seeing his son dance and grow into his own appreciation of the indescribable joy of music...
RELATED ARTICLES
album reviewalbum reviewscar seat headrest
6.0