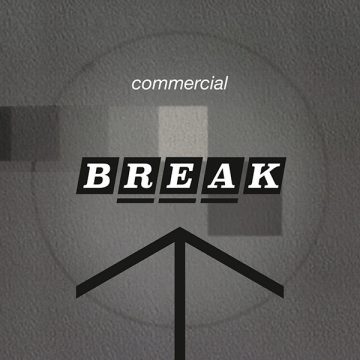 Commercial Break is Blancmange’s 14th album, and their second 2021 release since (Nil By Mouth III was released in March). Blancmange is really Neil Arthur, working, once again, with Benge. Here, Neil Arthur takes a breath, takes a look at the world and his life in it, and has come up with, perhaps, the best Blancmange album. His lyrics are in profound, and his vocals are in top form, and musically the album is full of surprises while still sounding like Blancmange. They are not trying to compete on the charts, rather, they are more interested in producing the kind of music they like.

The album opens with the sparse, ambient song “Share Out The Light”. The sound of a piano and waves give way to the more electronic music one is used to from Blancmange. But without the intro, the song would not pack the same punch.  Once Arthur chimes in with his vocals and the foreboding line, “Screen’s gone green/Think you know what I mean”, the listener knows that all is not necessarily well in the world.

As with the past few albums, this is not a happy affair, but nor is it depressing. It may seem mundane at times, but it is never without meaning. Arthur is a genius at expressing the experience of life. He is also brilliant at taking a day-to-day activity, such as walking a dog and turning it into social commentary. As usual, Arthur takes the role of an observer. He is not judging, but he is aware of his surroundings.

And there are other surprises. One also gets to hear Arthur demonstrate his acoustic guitar on the beautiful instrumentals “Empty Street” and “Looking After Aliens”. Both are beautiful and moving and not what one expects from Blancmange. But then, that is the beauty of it. One other instrumental, “On A Ride” incorporates more found sounds, and it is more of a sound collage than formerly structured songs. Still, it fits on the album and is an interesting and essential moment.

Commercial Break could be the best Blancmange album, but given his level of output with this band, and others, I have no doubt that Neil Arthur has more tricks up his sleeve. He continues to record interesting and thought-provoking music.