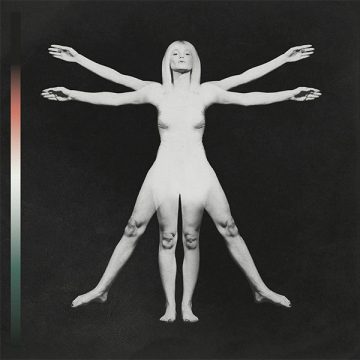 Angels & Airwaves, a band that front man Tom DeLonge, formerly of Blink-182 likes to describe as a multimedia project rather than a band, have just released their 6th studio album Lifeforms. Fans have patiently waited seven years between studio albums, with the band dropping a few EPs in between. This comeback album is everything fans have hoped for.

The album describes everyday life and while the blatant Blink feel is present and welcomed, it gives a relatable message throughout, with infectious lyrics that get stuck in your head like “Timebomb’s” “Hey there little sad girl/I really want to hold you/your heart is like a timebomb” and “It’s possible to hang on, cause your story isn’t over”. The whole thing can easily be a go-to when you’re looking for something uplifting yet punchy and real.  DeLonge gets real singing “We’re not alone and the government knows it” in “Losing My Mind”, a nod towards DeLonge’s company To The Stars Academy of Arts & Sciences, releasing of classified videos UFOs in 2020 simultaneously with the US Government.  The song also has that angst rock vibe that’s in perfect alignment with the way the world feels today, making it relatable to listeners, which is also felt in “No More Guns” “We’re in a fucking nightmare/there’s a hundred thousand victims/if we can’t protect them safely/then they die from their complexion”

From beginning to end, DeLonge and company delivers a message to their fans that everything just might be okay.

Melinda is a music enthusiast from the US who grew up on vinyl in the 70s and 80s. She's a lover of all genres, but rock/metal runs through her veins. Music is always in the background and in her head. Unfortunately, she has to have a "regular 8-5" job since "Professional Concert Go-er" doesn't pay the bills. Her bliss would be to follow more musicians and bands than "People she may know" on social media. Her ultimate long term goal is to be the old lady just enjoying the show down in front at the barricades at live shows. Her favorite quote is "Where words fail, music speaks".
RELATED ARTICLES
album reviewalbum reviewsblink 182
8.0