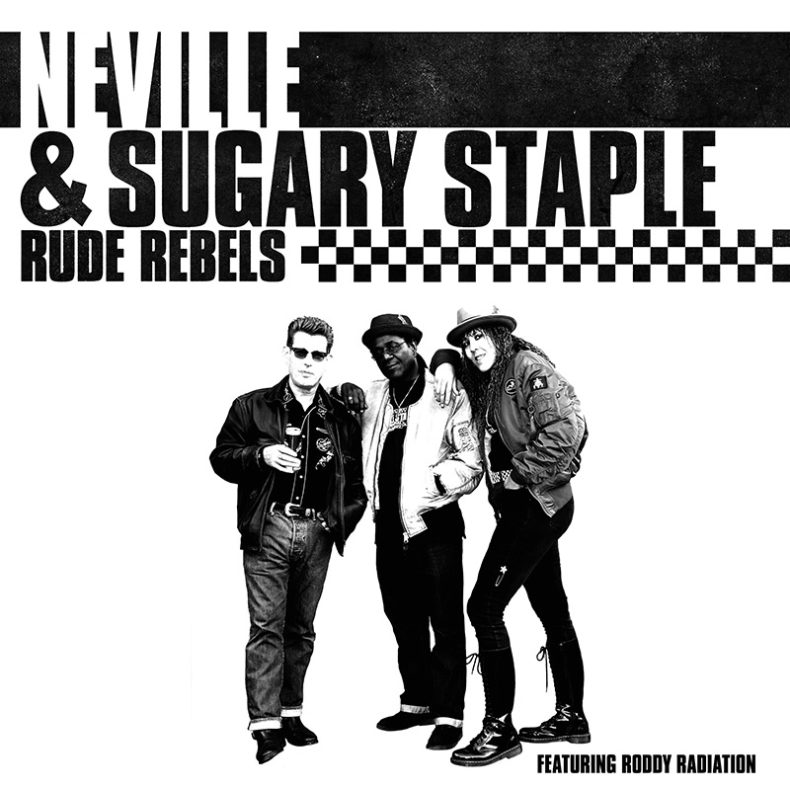 Today brings the release of the first joint album between ska legend Neville Staple and his wife Sugary Staple (real name Christine). Named ‘Rude Rebels’, Cleopatra Records is making this long-awaited album available on both CD and special clear vinyl with black and white splatter. This record is being released ahead of celebrations for the 40th Anniversary of 2Tone Records.

High energy and a fine mix of ska with reggae, including one great cover of a Jamaican ska classic at the request of it’s original performer (Stranger Cole), the Staples have outdone done themselves here. It truly was due time for such a brilliant release as this to appear. Sugary Staple shines as bright as any legendry ska diva did, with a buoyancy and confidence that is endearing and truly a powerful force in these sonic offerings.

‘Rude Rebels’ is full of original upbeat music with vocal statements on life, fashion, love and morals, plus some smooth reggae vibes. It features brand new songs and recordings from Neville Staple, legendary singer and toaster of The Specials and co-founder of Fun Boy Three, and his partner-in-crime Sugary Staple, as well as former Specials’ guitarist Roddy Radiation (a.k.a. Roddy Byers).

With 2019 being the 40th Anniversary of The Specials and 2Tone Records, this is a timely release. This album follows Sugary Staple’s sold out ‘Rudegirl Sounds’ EP and Neville Staple’s ‘Return of Judge Roughneck’ double album, also released via Cleopatra Records.

The Staples are a permanent fixture of the widely regarded and enormously active ska scene in the UK, performing regularly at both clubs and massive festivals. In the Neville Staple Band, who have been actively touring both at home and abroad, Sugary joins Neville Staple to front the band. 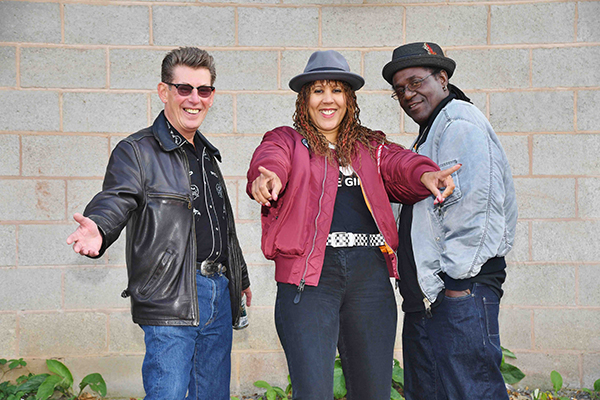 Sugary and Neville wrote and produced this rebel-lishious offering, alongside Tom Lowry (The Specials, Neville Staple, Spectrum) at Planet Studios in Coventry, which brings a super blend of punked up anthems, dancehall ska and sweet rebel reggae and bluebeat.

“The album was produced with our love of punk, ska, 2tone and reggae, which we mixed into an indulgent sub-culture blend. A bit like me. Working alongside Neville on the production was just perfect. He gets me, and he understands where I am at musically and about my promotion of women going for it, regardless of age and situation. We both still have something to say in our productions, while still creating a dancing beat or a sing-along vocal,” says Sugary Staple.

“I felt really free on this production. Having the freedom to be creative with someone on your wave-length is really refreshing for me. I love how we celebrate the great musical genres of my 40-year career. There’s a little taste of The Specials in there, a Clash type of punk vibe and even Trojan Records styles. We’ve been touring some of the songs and the fans have gone nuts for it. Great to have my buddy Roddy on board too,” says Neville Staple.

‘Rude Rebels’ can be ordered digitally via Bandcamp and via Cleopatra Records directly.