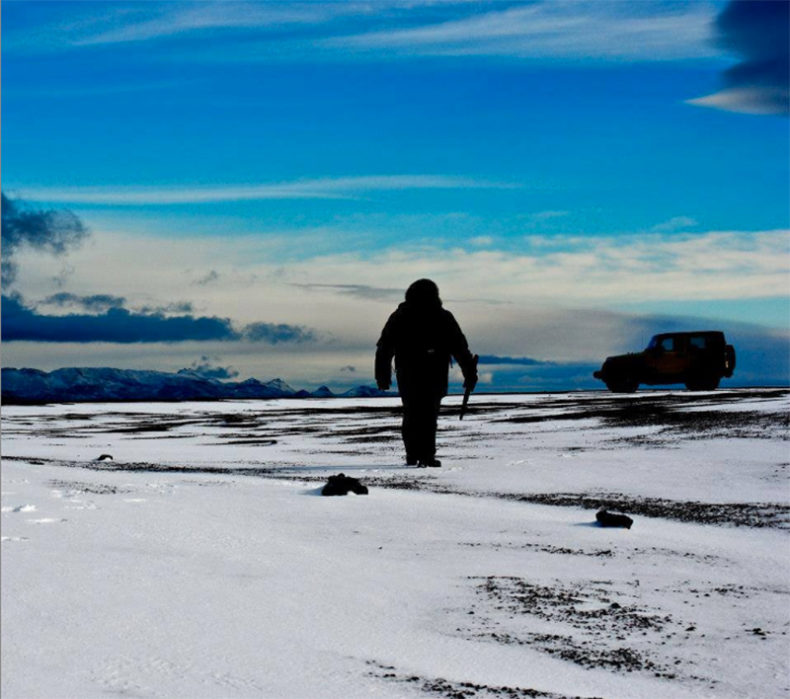 I Said No Doctors! double-LP is a compilation of the most groundbreaking artists of current and past decades who have redefined sound by creating and destroying musical instruments to fit a specific sonic character and method of music-making.

The compilation is curated by Dymaxion Groove founder Tom Tolleson, who plays a modified Fender Jazzmaster with a ¾ ratio of separate playable strings over two pickups on the album as well.

I Said No Doctors! is a celebration of sound and artistry beyond the range provided by standard musical instruments.This double-LP is available in two variants, colored and black vinyl, both 180-gram, each with a digital download card.

I Said No Doctors! will be available on 2xLP and download on January 18th, 2017. Pre-orders (with immediate download of the Silver Apples track) are available HERE.

“I was experimenting with one of my guitars by moving the saddle closer to the neck and and putting a pickup in the tremolo cavity. It changed the tuning of the instrument but not in a way that was predictable or expected. I started looking into moveable bridge guitars to get an idea of what was happening and found this guy Yuri Landman who owns Hypercustom Guitars and makes a lot of instruments for Ichirou Agata, Thurston Moore, Lee Renaldo, Micah Levi and other people. He and I talked on Skype about his instruments and I bought a moveable bridge guitar called the Caterpillar Drum Guitar and weird little electric kalimba called a Whopper (which you can hear on my track, Kosciuszko). I like Yuri’s instruments because the tuning can be very exact in some ways but also have pretty open-ended aspects to them. Instead of alternate tuning a traditional instrument, it’s better to just create something that’s out-of-tune or only in tune with itself by the way its made. I mentioned making a compilation record of artists making these kinds of instruments to Yuri and the project kind of started with that conversation.”

I Said No Doctors!  Track Listing

Order I Said No Doctors! Via