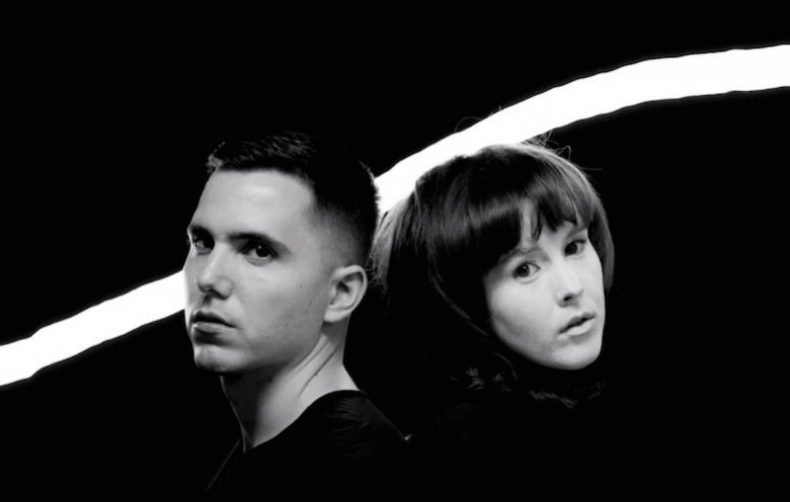 Hometown shows tend to be special occasions when bands reunite with their friends, family, and original supporters. For the latest leg of Purity Ring’s tour in support of 2015’s Another Eternity both the headliner and opener get a hometown show. During this return to Edmonton, Purity Ring was greeted with a full house at the city’s most prestigious venue.

First to take the stage was Billings, Montana native Hana Pestle performing under her current stage name HANA. Previously known for her acoustic singer/songwriter work, Pestle presented Synthpop songs with a very electronic basis. With songwriting and producing primarily done by Pestle, HANA provides intimate lyrics with personally perfected backing tracks. A majority of her setlist was taken from her latest self-titled EP and even featured a cover of Eurythmics’ “Here Comes The Rain Again.” Her vocals are very reminiscent of fellow Pop singer/songwriters Grimes and Lorde, having actually performed with the former. She moved actively around the stage attempting to engage the predominantly seated audience. Visually she presented comparatively little lighting, having only a few programmed LED panels on stage, which were behind Asian-themed parasols.

Purity Ring has garnered a reputation for visually stunning shows over the past couple years and this performance only reinforces that fact. Featuring large cube-shaped arrays of LEDs, responsive and internally lit instruments, and numerous accessory lights on their home stage. With producer and instrumentalist Corin Roddick primarily confined to his riser and pads most of the dynamic and engaging moments were created by vocalist Megan James. James frequently wandered through the ethereal blanket of LEDs and occasionally interacted with the instruments on stage. Numerous custom instruments were utilized including a large gong-like illuminated drum and a spotlight infused synthesizer. Over the course of its hour-and-a-half long set Purity Ring performed some of its most well known songs from both Another Eternity and Shrines.

Acoustically, the Winspear Centre’s Enmax Hall is superior to any other venue in Edmonton. Purity Ring and even HANA utilized the vibrant room to accentuate their soaring vocals and complex instrumentals. The venue is primarily associated with the Edmonton Symphony Orchestra and, as such, it typically hosts a seated audience. Purity Ring managed to raise the audience from their seats within their first few songs. The support and admiration of their hometown crowd was certainly present in that hall. It was truly a welcome return for some local legends.

I am an Edmonton based musicophile and photographer who loves experiencing music whether it's live or on my turntable. I play seven instruments and go to a lot of concerts.
RELATED ARTICLES
4adanother eternityedmonton
6.0