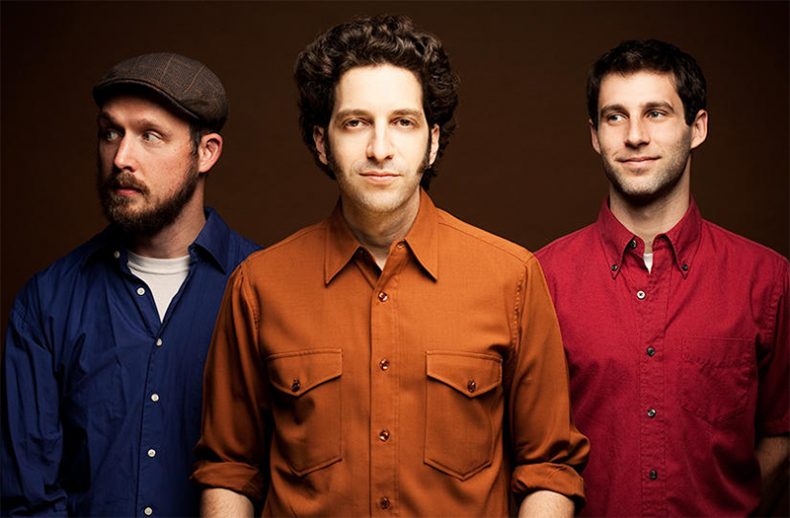 Hugh’s Room is no stranger to a range of musical talent. The intimate venue supports a plethora of genres – including Blues, Folk, Bluegrass, and Jazz – but it is rare to see the dimly-lit space alive with so many of these influences at once.

Enter: The Andrew Collins Trio, featuring mandolin marvel and renowned producer Andrew Collins, string master Mike Mezzatesta, and bass extraordinaire James McEleney. These three talented players took the stage to embrace this corpus of genres, with Celtic and classical sounds baked into the mix. Having already carved a spot in Toronto’s musical scene, the union of these performers as a trio is enhanced by their ventures in other projects and bands.

The audience came to celebrate the release of the trio’s sophomore album, And It Was Good. The band, along with the album, is hard to categorize though chambergrass is one attempt to pin down the elusive infusion of chamber and bluegrass. The act challenges the limitations of their size. As Andrew noted, “We overcompensate by being a small band by playing a lot of instruments.” That’s putting it lightly. With no shortage of strings on stage- including the mandolin, fiddle, guitar, bass, and the less commonly used mandocello – the trio’s musical chops make their style appear effortless as they swap instruments.

The album is a stunning experience inspired by the seven days of creation. The conception is rooted in a traditional biblical space, and the result is something truly transcendent. The instrumentation allows for a full emotional experience, ranging from a haunting sense of stillness to complete elation. The compositional virtuosity of a twenty-year veteran rendering poetry out of strings, Andrew Collin’s demonstrates his track record as a 5-time Juno nominated and 6-time Canadian Folk Award winner.

The set list ranged, with songs from And It Was Good, along with Andrew’s previous albums. “Spider Cat”, from Cats and Dogs, was introduced as a “song to a cat with an affinity for screen doors.” Andrew’s Foggy Hogtown bandmate, fiddler John Showman, joined the stage for “Chicken Fried Rag”. The quirky vibrancy of these numbers was balanced with darker, more introspective songs. Their beautiful rendering of folksinger Nick Drake’s “One Of These Things First,” proved their adaptability as a band able to succumb to a multitude of sounds while executing a palpable precision and depth.

Elizabeth is a Toronto via Caledon writer whose rural upbringing left a lasting love of anything with a banjo and an upright bass. She scours Toronto venues for both the musical talent and the beers on tap.
RELATED ARTICLES
andrew collins triohugh's roomlive review

by SPILL NEWS on October 12, 2016
CONTEST CLOSED   WE ARE GIVING AWAY 4 ANDREW COLLINS TRIO  PRIZE-PACKS WHICH INCLUDE A COPY OF THE LATEST CD AND IT WAS GOOD + A PAIR OF TICKETS TO THE CD RELEASE SHOW FRIDAY [...]