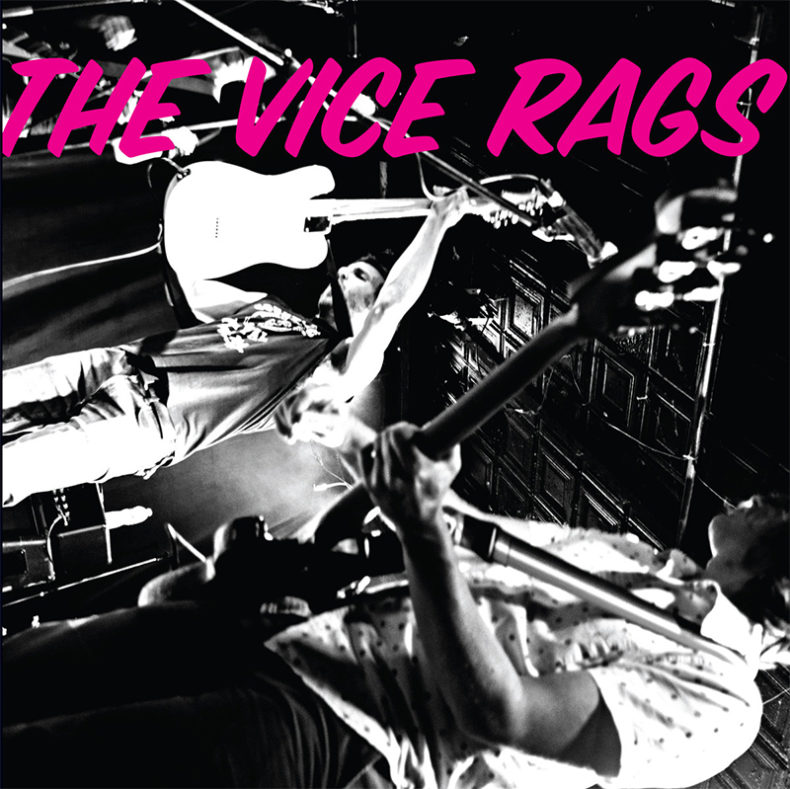 PETTY, THE BLUES, AND THE VICE RAGS

A CONVERSATION WITH PAUL ROSEVEAR OF THE VICE RAGS

As the guitarist and lead vocalist of The Vice Rags, an Asbury Park, New Jersey based rock band, Paul Rosevear speaks with the honesty, excitement, and most importantly, passion of a student of the rock ‘n’roll tradition. Last November, The Vice Rags released their self-titled debut six track EP that speaks to this very nature as well. Now, The Vice Rags are moving forward to becoming one of Asbury Park’s premier bands, making 2018 their biggest year yet.

The Vice Rags is a cohesive and innovative take on classic rock. From the fuzzy first few notes of the opening track, “Shut Up & Love Me”, the unique style of The Vice Rags is immediately present. The band has a sound reminiscent of roots rock that stretches back to the 1950s and saw a revival in the ‘70s through artists like Tom Petty, Bob Dylan, and George Harrison among others. However, with the addition of thick distortion and an abrasive sense of energy, there is an element of punk rock behind the songs as well, giving the band a highly distinctive sound that is as equally connected to Petty as it is to The Ramones. Rosevear gushes about his admiration for Petty, “I love Tom. One of the greats, what an absolute loss. With a guy like Petty, you’re getting the best of both worlds. You’re getting his songs; you’re getting to know Petty with his intimate songwriting, and he’s backed by this authentic rock ‘n’ roll band. You get the songs and the band.” When I asked if Petty was also an influence on the rest of the band, he simply replied with “Of course. I mean, can you really be in a rock ‘n’ roll band and not feel connected to Petty?” 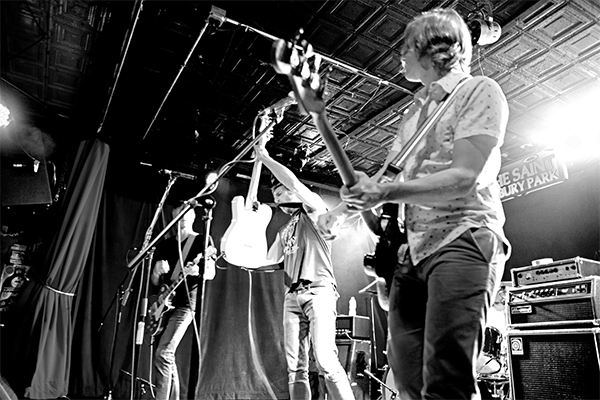 Aside from the very original sound found on their debut album, The Vice Rags stand out as a band that sound like they have been together for years as they tirelessly cultivated their sound and honed their songwriting voice. This, in fact, could not be less true. Instead, the band formed “at most a year before we released the record”, making the album that much more impressive. Rosevear tells me that most of the band members had known each other for years, but it wasn’t until recently that they decided to get together to make music. He goes on to tell me about the band’s decision to cover Little Richard’s “Lucille”, describing it as “one of the first songs we jammed on at our first ever practice. We didn’t change anything to it; we were so happy with how we changed the cover that we kept it that way and put it on the album”. The song is an obvious highlight as the band takes the blues structure of the original and gives it a hard hitting and powerful punk rock facelift. While he admits that punk rock remains a strong point of reference within the band, he reflects that the blues are central to their sound, “You can’t go wrong with the blues”.

The Vice Rags are an incredible band. Their fusion of old fashioned classic blues rock with punk seems unparalleled, especially in the today’s modern musical climate. The album is refreshing, is excellently written, and is driven by an explosive sense of excitement that stems from being recorded live with the exception of some overdubs. Much of what Rosevear admires most about Petty – the combination of the vulnerability and ambition of a solo songwriter with a band who’ve dug deep into the blues – is present on The Vice Rags, making it a must hear album.

A passion for music has always been a part of Gerrod’s life. As a young boy, he was raised on a steady diet of the music from The Chili Peppers, Aerosmith, The Stones, Prince, and others from his mum. Raised in the GTA, Gerrod continued to foster his love for music by attending a wide range of concerts and learning the drums. His unapologetic passion for music has no bounds and has spread to a wide variety of styles, whether it be the 90’s rock that sound tracked his teenage years, the jazz he studied in university, or his newfound love for hip-hop. He recently received his bachelors in music and education from York University and is passionate about writing and reviewing good (and less than good) music. Gerrod is also the drummer and songwriter for a Toronto based rock & roll band, One In The Chamber.
RELATED ARTICLES
featuresnew jersey