SPILL ALBUM REVIEW: WILL CURRIE AND THE COUNTRY FRENCH – THEY KILLED US 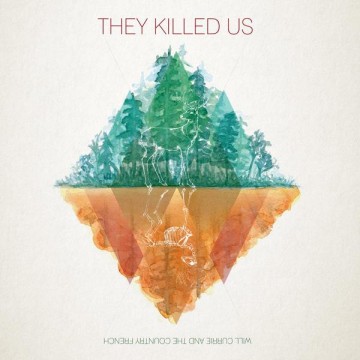 Will Currie And The Country French
They Killed Us
Murderecords

Will Currie and the Country French are back, proving that jazz is still very much alive in 2015. In an era of pop music, their sophomore album, They Killed Us, is a combination of jazz and roots music. This talented musician is a native of Waterloo, Ontario, giving Canadians yet another reason to be proud!

Currie definitely invoked his inner Paul McCartney for the album titled track “They Killed Us,” a song very skillfully put together. While the rhythm is fun and lighthearted, the lyrics are packed with references and metaphors, giving you something to think about. It’s more than just the cool song you heard on the radio. The lyrical content is masterfully delivered in such a way that it gives you the perfect balance of edutainment, with catchy melodies and short but sweet songs that are intertwined with many hidden messages throughout the entire album.

“They Killed Us” takes you back to a time when music was good and wholesome and artists took the time to make sure each song had a meaning and served a purpose on the album. Another great track is “Mothers’ Got a New Son,” the perfect song for newlyweds. Filled with intricate harmonies and an up-tempo rhythm that makes your hips swing; you can’t help but dance! “They Killed Us” was released in North America June 9, 2015 so be sure to pick up your copy ASAP!

SPILL ALBUM REVIEW: WILL CURRIE AND THE COUNTRY FRENCH – THEY KILLED US