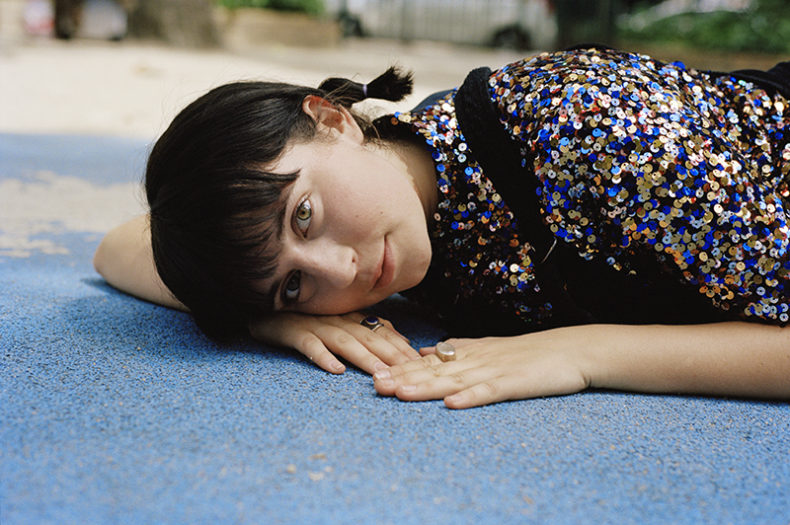 NICE TO MEET U

For many, the chance to sing on a nationally televised talent competition would be a dream come true. Yet for Pauline De Tarragon, the experience almost turned her away from music for the rest of her life.

“It was the first time I was on stage singing in front of people and afterwards I was a bit disgusted by the cameras, the music and the people telling me I’m going to be a star. I went back to school and thought ‘I don’t want to do this anymore, this isn’t for me’”, she recounts.

Dismayed by the pretension and lack of space for individuals’ creative energy that seemed to be the norm throughout the music industry, De Tarragon decided to leave that part of her life behind. As fate would have it, however, it was this distasteful encounter with live performance that would set the stage for her rapid rise to the cusp of stardom. Soon after her performance, De Tarragon was contacted by songwriter Axel Concato and after testing the waters, she soon realized that their dynamic was different from her prior experiences.

Describing Concato’s role in her career, she says, “I think if I hadn’t met Axel, I wouldn’t have music at all in my life. With him we had a very different relationship. He was patient and kind and didn’t put pressure on me. It was more of a friendship than a work relationship, and so I wanted to keep enjoying that atmosphere with him; it was more like playing a game than working. Even now, after it became more serious, we still have lots of fun. We have four hours of fun and then an hour of real work! It’s weird, we’re not the same age but we really feel like a team and really good friends at the same time so it’s great to work together”. 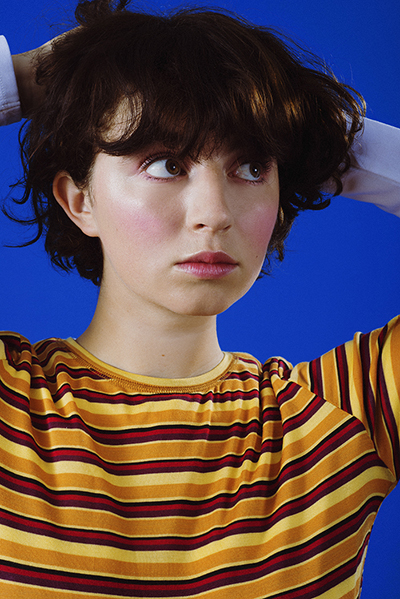 The first output of their rapidly-blossoming collaboration came in the form of 2016’s Radio Girl, an EP bursting to the brim with singles that would quickly gain her the widespread attention of local and foreign indie audiences. From there, it seemed only natural that their project would continue to grow beyond what De Tarragon had anticipated.

“For me, it wasn’t expected at all to make an album in my life”, De Tarragon reflects. “I’m very happy but also surprised since it wasn’t in my life plans, so I’m very happy but I also don’t know how to feel since I wasn’t prepared for something like that to happen. The EP was the beginning of the project, we did it just for fun at the beginning. We were listening to some of Axel’s old songs off his computer and I really enjoyed them, so we told ourselves it might be nice to keep going and make new songs together. The EP, then, was more pieces from Axel and what we added with the album felt more like a team project. I participated more with the writing and the lyrics, so for me the album is the real beginning. At first, with the EP, I just wanted to see how it felt to make music since I wasn’t sure about that path and by the time I got to the album, I was more confident that I wanted to be doing this”.

Not only did working as Pi Ja Ma give De Tarragon a chance to explore her musicality in a more genuine and honest way; it also provided her with an avenue to give life to another side of her creativity. With her singles providing the opportunity to bring her dreamy imagination to life through her music videos, her drawings and visual landscapes soon became as integral to her project as the music itself and opened the door for her to fully immerse herself in her own artistry with newfound freedom. 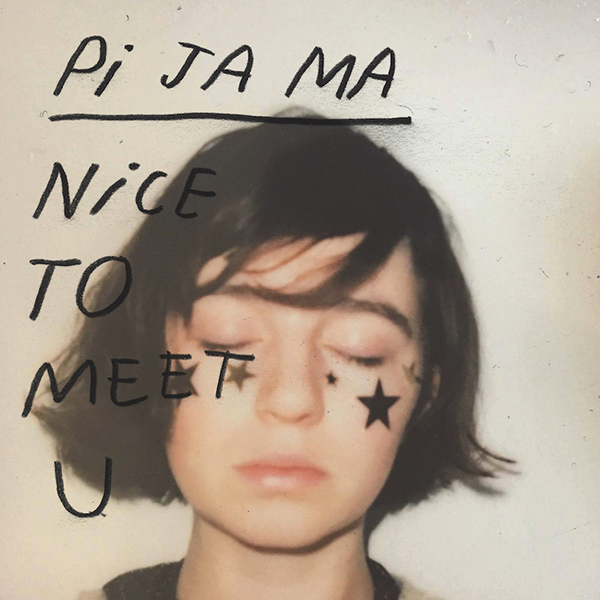 PURCHASE NICE TO MEET U VIA ITUNES

“For me the music videos are a very important part of the project, as well as drawing a lot. At first, I was more interested in the pictures than even the music itself. I felt great about drawing for a project that was my own. I really focused on the image side. When we made the first video, I was quite scared because I told myself people are going to judge me for not being professional since I filmed it with my computer camera so it was shitty quality but there was a really positive reaction since it felt more homemade to the fans. It gave me energy to do the rest the way I wanted to. I like to do things fast and spontaneously, and so that’s what I like about the project: I can really be myself and create what I want and say all the things I want, especially through all my social media accounts. It’s funny because sometimes I forget that it’s work, because I have so much fun creating content for my fans. I think it’s the dream of a lot of people to do what you want to do and create every day, having people paying you and telling you they love you and to keep going. It’s a really cool life, at least a beginning to life”, says De Tarragon.

While the line between work and play has been thoroughly blurred over the last several years, it hasn’t just been a cake walk for the new French star. With all the attention and expectations that De Tarragon faces in her life, she has had to step out of her comfort zone in many ways, especially when it came to performing in front of live audiences once again. Much like the rest of her music career, though, once she overcame her initial doubts and hesitations, she quickly adjusted to being on stage.

“At first I was very scared because I didn’t think it was my thing to get up on stage and talk to people”, she remembers. “I was scared of being judged for not being a singer or star. I think when I did my first Pi Ja Ma gig it was like me meeting the people, so I started making jokes and drawing on stage (on paper and on my musicians). Then when we toured with Superorganism we brought a screen and put up a bunch of animations, so I really started to feel like the stage is mine and then I started to really enjoy singing in front of people. Sometimes they’re laughing or they’re crying, so it can be quite an intense experience but now I’m addicted to it! I’m kind of proud of that”.

Indeed, it’s that intimate and emotional connection with audiences that has been increasingly important in Pi Ja Ma’s songwriting. Often dismayed with how lyricism can distract audiences from her melodic expression, De Tarragon has become increasingly aware of the significance of language in her songwriting, partly due to her natural inclination towards singing in French. While Pi Ja Ma’s first efforts have been firmly rooted in English musical traditions, De Tarragon hopes to transcend that kind of linguistic confinement as her career moves forward.

Describing the linguistic evolution of the project, she says that, “At first, when I met Axel, he was writing everything and he’d never written a French song! When he started writing music he was living in London and so for his first five years it was all for English audiences. We also listened to a lot of English and American rock so we’re very influenced by that kind of music. Now, however, when I write and compose, everything is coming out in French, so for the next album I think we’ll mix both languages and, because it’s not important the language you choose, I might even use a language that doesn’t exist. I’m more sensitive to the melodies and the rhythm than the lyrics. For me it’s not the most important part of the project. Sometimes I can communicate better with images as well. I miss French a bit when I’m on stage though. When we toured with Superorganism we did a cover of “Je T’aime… Moi Non Plus” and I really enjoyed this part of the show because I was going back to my native language. Maybe Axel will do English and I’ll do French, I’m not sure but we’ll see”.

With her full-length debut Nice To Meet U released on January 18 and a flurry of activity on the horizon, Pi Ja Ma’s momentum seems to be taking them onwards and upwards at an exciting pace. Full of the creativity and innocence that is so hard to come by in today’s music industry, De Tarragon and Concato’s honest and playful approach to music and art is a breath of fresh of air to say the least.

Based in Montreal but raised across Western Europe, Andrew feels at home both everywhere and nowhere. Having picked up the piano at age four, he has since gone on to add clarinet, saxophone and guitar to his musical arsenal. As well as crafting music, Andrew spends a lot of time listening both at home and in live contexts. Rather than focusing on a particular style or calibre of artist, he is keen to explore music of any shape or size. Outside music, Andrew's passions lie in philosophical writing, visual art and sharing positivity with the world around him.
RELATED ARTICLES
features