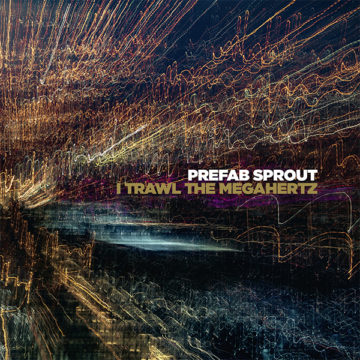 Though it originally appeared as a solo album in 2003 for leader and writer of ‘80s UK hit band Prefab Sprout Paddy McAloon, he decided to remaster the album, and rerelease I Trawl The Megahertz in 2018 as a Prefab Sprout release. He felt it was only natural, as it fit in well with the rest of the Prefab Sprout catalogue, which includes hits like “The King Of Rock ‘n Roll,” “When Love Breaks Down” and “Cars and Girls.”

I Trawl The Megahertz is a beautiful musical journey, but one should understand, it is a melancholic one as well. The brilliant opening title cut for example is over 22 minutes in length, and features a sparse female voice over, intermixed with the strains of a melodic orchestral background. It is comprised of a short series of instrumentals, and a couple of short songs to accompany a film. There are no massive hit singles on this record, but one can’t help but be impressed with the musical journey McAloon has taken us on.

Though some may find it tough slogging getting through some of the nine tracks on the album, standouts to listen for include the aforementioned title cut, “Orchid 7, and “I’m 49,” which McAloon likes to think sounds like “Van McCoy on downers.”

McAloon has experienced some vision and other health problems over the past few years, but he continues to work on his music, and considers this album a “testament to the healing power of music.” Future plans call for reissues of some previous Prefab Sprout albums, and a new album slated for release in September 2019 titled Femmes Mythologiques.

Gerry Young is President of Current Records and Management, and author of the 2011 biography Pop Goes The Weasel: Rock And Roll Off The Record, available at Indigo/Chapters, Barnes & Noble, and Amazon.com. He has recorded and managed Juno Award winning bands Martha And The Muffins and The Parachute Club among others.
RELATED ARTICLES
album reviewalbum reviewsi trawl the megahertz
10